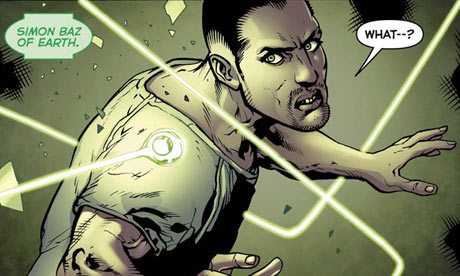 The Green Lantern TV series on HBO Max will shine the spotlight on plenty of other Lanterns, and Simon Baz is one of them. Just who exactly is this new guy, and what do you need to know about him? 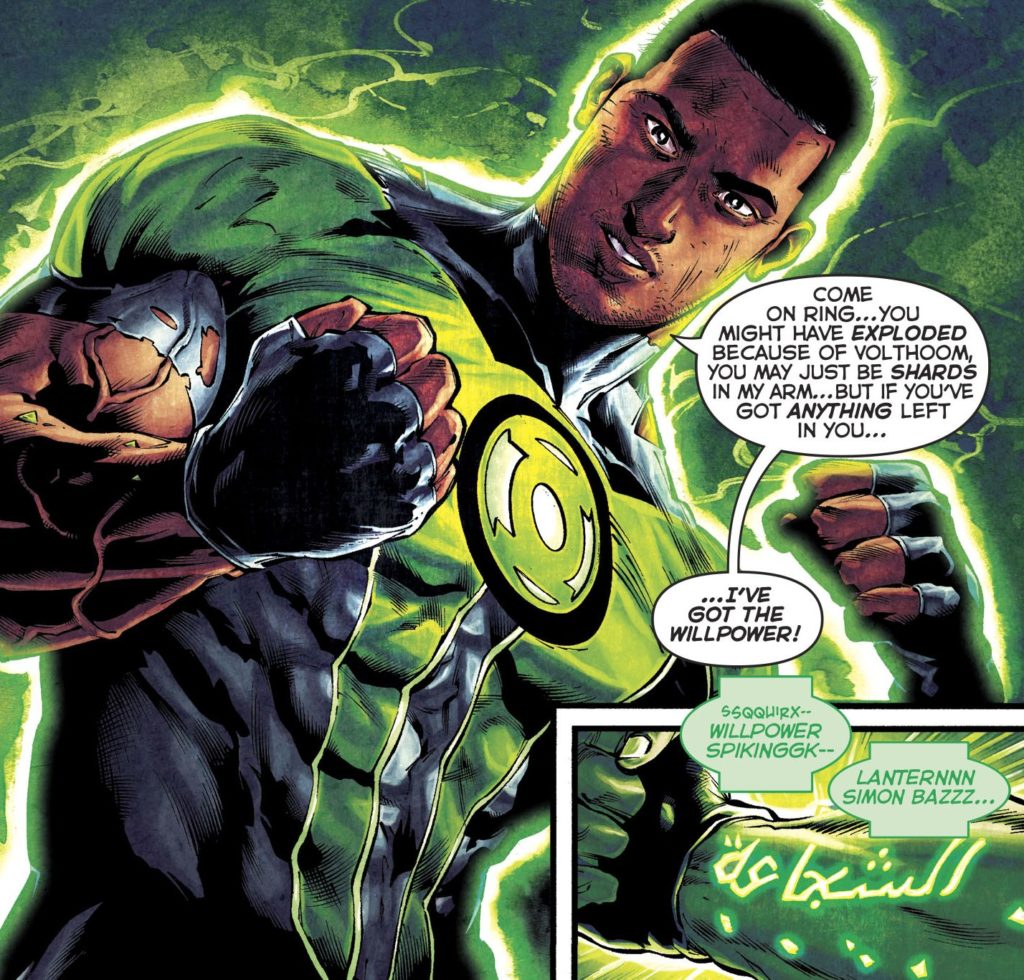 While you might think at first glance that packing heat while wearing a Green Lantern ring is pretty redundant (and super weird), there’s actually a more meaningful reason why Simon Baz carries one.

The Green Lantern Corps doesn’t exactly dispense any other firearm than the ring itself, and normally, the ring isn’t one to lack firepower in any way. It’s just that the first Arab-American member of the Corps grew up on constant alert due to the aftereffects of 9/11. He is trapped in an endless cycle of prejudice and even had to convince the Justice League that he is no terrorist.

When Simon freed Hal Jordan inside Black Hand’s Black Lantern ring, it was revealed that his own ring was actually a merged form of Hal’s and Sinestro’s, which meant that it tended to malfunction at times. It even stopped working altogether when Sinestro tried to take it back from him, which prompted Simon to use a handgun to kick some butt. It eventually became a symbol of his own trust issues given his background, but he did eventually stop carrying it in Green Lanterns #17.

3.  He and Jessica Cruz are partners.

At one point in time, Simon served in the government-run Justice League of America as directed by Amanda Waller and Steve Trevor. He worked for the government under the condition that his criminal charges would be cleared and that his innocence would be publicized. During this time, he also worked as Sector 2814’s primary Green Lantern protector as a favor to Hal Jordan who had to spend time away from Earth.

Simon worked with Jessica Cruz during the Rebirth event. After a complicated series of events involving Power Ring during Trinity War, Volthoom from Earth-3, and Jessica’s apparent death during the Darkseid War, Jessica soon gets a ring of her own as a member of the Green Lantern Corps. Simon and Jessica’s power batteries are then merged so that they would have to depend on each other as partners.

Obviously, you can’t just slap two contrasting personalities together and not expect to have any repercussions. Despite rocky beginnings, the two eventually learn to work as a real team and a different kind of dynamic duo in the Justice League.

We’re not too sure how the whole live-action interpretation will turn out just yet, but it would definitely be interesting to see how the partnership will work out (or won’t!) when HBO Max’s Green Lantern series comes out.

What are YOU looking forward to the most for the series? Do you think it’ll finally redeem the Green Lantern Corps from Ryan Reynolds’ unspeakable movie? Let us know your thoughts and feels in the comments section below!