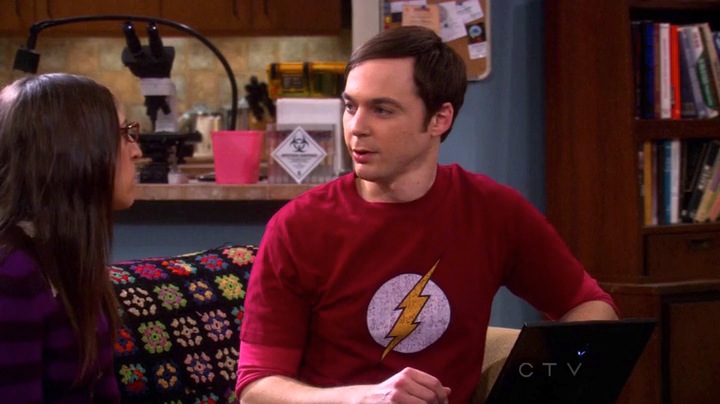 Superhero t-shirts. They are the necessary garments of geek culture. How else do you rep your favorite hero or comic series these days? By telling people you read comics or watch a comic book TV show? No. Like people who wear baseball caps or wear football jerseys (or soccer scarves for our readers overseas), you let your geek flag fly with fashionable superhero t-shirt and show your true colors. Which ones are better? Which ones have been around longer and have staying power? Since our parent website is SuperheroStuff, I thought I’d give a power ranking for top 10 superhero shirts available on SuperheroStuff.com.

PS: To get the full effect, it helps if you play “Here Comes the Hot Stepper” by Ini Kamoze; it’s the soundtrack to fashion shows in the 90’s.

Why: A mainstay in the comic community since the late 80s, this shirt says you know a thing or two about comic history and appreciate the classics. Venom took the comic world by storm after appearing in the Amazing Spider-Man #300. With a simple black and white design, the giant spider symbol makes a bold statement saying, “I am here to kick ass and read comics, and I’m all out of comics!” And yes, a glittery version also available for edgy lady fans of Venom.

Why: While they may have fallen in popularity in the comics, the X-Men are one of the all-time great comic teams. If this article was made in 2004, this would easily be in the top 3.  The gray, black and red shirt tells people you go against the grain.

Why: The skull looks awesome. Sure, the classic symbol is scary, but this? This version of Frank Castle’s skull is menacing. Strikes fear in any and all criminals. Plus, the weathered look on the skull just adds to the tone. Looks like it’s seen its fair share of bar fights and is looking to increase that number!

Why: This shirt skyrocketed in popularity this decade. When I went to see The Avengers, Captain America: Civil War or Cap’s two other films, it seemed like every fourth or fifth person packing the theater was wearing this t-shirt. Available for men and women, this star-spangled shirt also serves as great clothing for Fourth of July cookouts or Flag Day celebrations. The only thing keeping it out of the top five is that it’s a relative newcomer to geek fashion. If it had been popular a little longer, this shirt would be a contender for the top spot.

Why: Sure, anyone can wear a superhero t-shirt. Want to really stand out in the crowd? Represent the sidekick! What makes it so great is that it’ll grab people’s attention at cons. How many Batman and Spider-Man shirts do you see at conventions? Probably dozens. How many Robin shirts? Probably few and far between. Robin is the trailblazer of sidekicks, being the original and all. Without Robin, there’s no Bucky, Toro (the original Human Torch’s sidekick), Speedy, Aqualad or Wonder Girl!

While four guys have taken the mantle as the Boy Wonder and two girls have joined the Caped Crusader in battle, Robin has always been a mainstay in comics. The bold red, yellow and black color combo grabs people’s attention and doesn’t let go.

Why: While The CW show gave the Scarlet Speedster a whole new audience, most people in the past ten years got familiar with the Flash through another hit show: The Big Bang Theory.

Seems like every other episode, Sheldon Cooper (Jim Parsons) wears a Flash-related shirt. Thanks to this hit comedy, the t-shirt rose through the ranks from obscurity to a firm spot in the top five superhero shirts. While Dr. Cooper may wear Superman, Green Lantern or even Aquaman shirts from time to time, his go-to superhero shirt is the Flash. Can’t knock that hustle. And yes, it’s available for the members of Sheldon Cooper’s Council of Ladies as well.

Why: God forbid the ladies get represented in this blog, am I right? The world will be waiting for you and the power you possess in this t-shirt. Wonder Woman’s rise in popularity in the past year made this shirt a mainstay in the comic-con scene. All three cons I went to last year, I saw people wearing this very t-shirt. With Gal Gadot starring in the first film being released this summer, something tells me we will be seeing a lot more of the WW symbol.

Why: This is a mainstay in the geek fashion world. It stood the test of time and is consistently in the top 3 t-shirts you see at cons or available at stores. Not a convention goes by where I don’t see someone wearing this shirt. This blue, red and yellow t-shirt has never gone out of style. And there are a whole mess of Supergirl t-shirts for fans of the Maiden of Might.

Why: If you wear this t-shirt, you know what hip is. And there is no hipper character in comics and pop culture right now than Deadpool. Granted, the book has been popular since the 2008 relaunch, but last year the merc with a mouth reached a whole ‘nother level of popularity thanks to Ryan Reynolds’ passion project.

Plus, you can wear it on all the holidays like Valentine’s Day, Christmas, Thanksgiving, and International Women’s Day. The red mask logo stands out on the black shirt, getting everyone’s attention immediately.

So, what’s the top superhero t-shirt on the power ranking? It’s a shirt that’s been around the block. A simple yet iconic design. A shirt you see practically at every t-shirt shop possible.

Why: This particular shirt is iconic. Around since 1989, this simple yet elegant design is timeless. Using just the colors black and yellow, it does so much more with less. It’s bold, eye catching, and tells everyone you have great taste.

This iconic Bat-symbol shirt was first available in the Warner Brothers Catalog.

We all remember the Warner Brothers Catalog ad at the beginning of Batman on VHS, right?

The t-shirt is a classic. Name another specific superhero t-shirt that’s been around for almost 30 years. You can’t. Everywhere you turned around in 1989, this shirt was there.

More than just a t-shirt, it is a symbol of a massive moment in pop culture: the 1989 Batman film. If you wore this shirt, you were part of that moment. I see this particular shirt STILL available in big box stores as well as Warner Brothers’ own official website. But of course, you can buy it here, and it’s also available in women’s for the Batgirl in your life!

So, those are my superhero t-shirt power rankings. Agree? Disagree? Let me know in the comment section below!