Who says direct-to-video is a bad thing? These DC animated movies certainly beg to differ. Voiced by stellar casts and superbly animated with the best action scenes on TV, these films by Warner Premiere, Warner Bros. Animation, and DC Comics definitely live up to the DC animated universe (DCAU) once spearheaded by the great Bruce Timm. Here’s a complete list of the past and upcoming movies you should absolutely not miss. 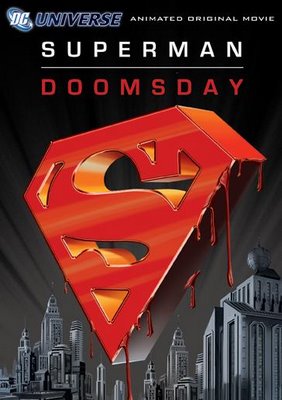 What better storyline suits the first of the DC animated movies than The Death of Superman? Superman: Doomsday follows the iconic story of Superman’s demise at the hands of Doomsday, because it’s just as Lex Luthor says in the opening of the film, “Just as day follows night, there comes a time when even gods must die.” 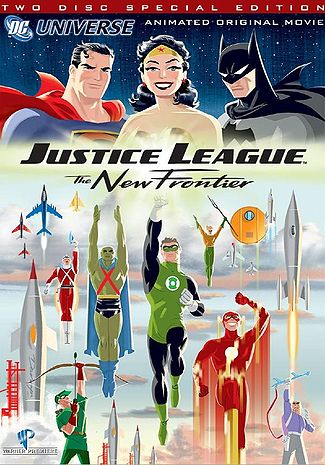 If you’re a fan of the old school glory days of Justice League art (back when Superman was in red boyshorts), The New Frontier will not disappoint. Set during the end of World War II, the film details the struggles of the Justice League during the high-tension era of the Cold War as they try to fight off a doomsday cult that threatens the earth. 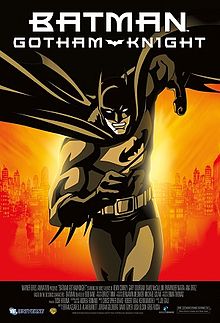 Reminiscent of The Animatrix, Batman: Gotham Knight employs the same Japanese animation style in telling six short stories that further the mythos behind The Bat.  The animated film is supposedly set between Batman Begins (2005) and The Dark Knight (2008), and despite the stand-alone stories in Gotham Knight, all six give audiences a breathtaking look into who Batman really is, especially to those around him.

Cast: Kevin Conroy as Batman, with varying voice actors for the other characters in each segment 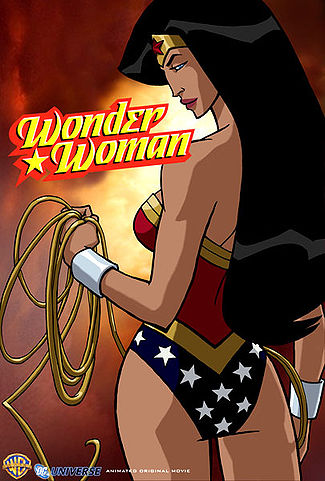 George Pérez rebooted the character’s origins during the “Gods and Mortals” arc in 1987, and this Wonder Woman film is loosely based on that story. When army fighter pilot Steve Travor trespasses on Themyscira, events begin to unfold as an evil war god is unleashed unto the world. Now, Diana must take up the responsibility to prevent the destruction of the entire human race. 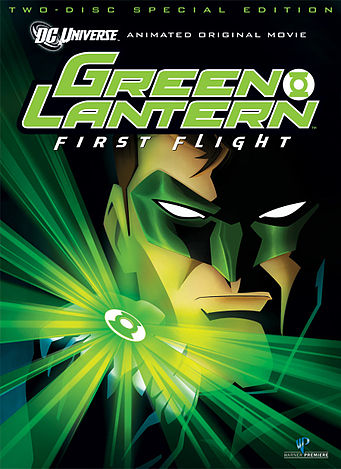 First Flight focuses on Hal Jordan’s first mission as a new member of the Green Lantern Corps, along with the story of Sinestro’s fall and discovery of the yellow ring and power battery. 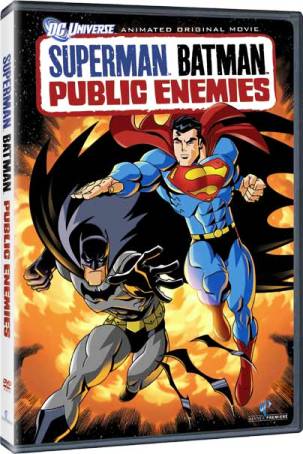 Lex Luthor as President of the United States? Despite Lex’s band of government-employed superheroes, Superman and Batman know better than to place their trust in Clark’s arch-enemy, while at the same time trying to prevent a meteorite from hitting the earth. 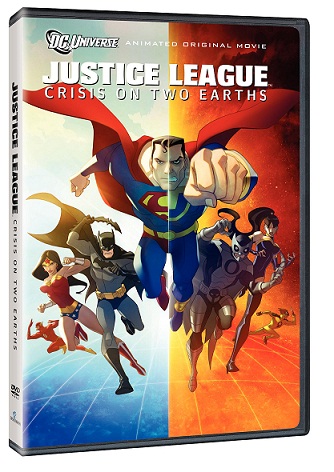 What does the League do when a good version of Lex Luthor appears from another earth and asks for their help? In Crisis on Two Earths, our heroes must face their counterparts when an evil Justice League from another world becomes a threat to the safety of innocents around the world. 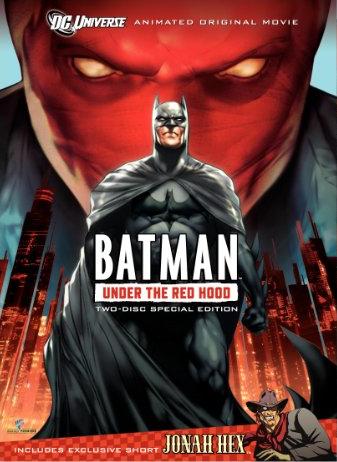 an: Under the Red Hood

When a mysterious vigilante named Red Hood starts popping up in Gotham, it’s up to Batman to investigate. Unfortunately, he only succeeds in opening up old wounds that he thought he’d already forgotten long ago. 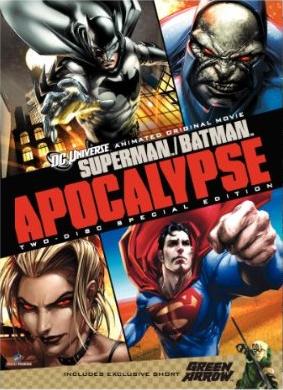 After Superman/Batman: Public Enemies comes the continuing story of Supergirl as Darkseid tries to recruit her to become one of the Female Furies on Apokolips.

Grant Morrison and Frank Quitely wrote the comicbook of the same name in the early 2000s, and this animated adaptation presents a dying Superman who’s struggling with his mortality while Lex Luthor has plans of his own. 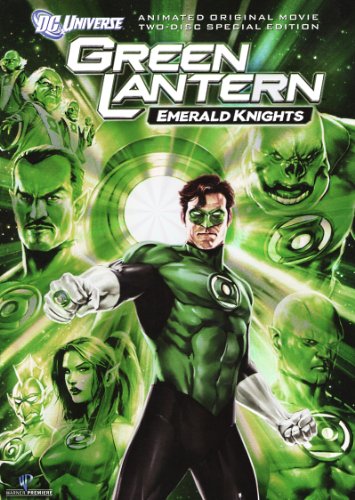 Based on the comicbook arc of the same name from 1987, Batman: Year One shows the beginnings of Bruce Wayne and Jim Gordon as they try to save Gotham in their own ways—and no, they don’t always see eye-to-eye. 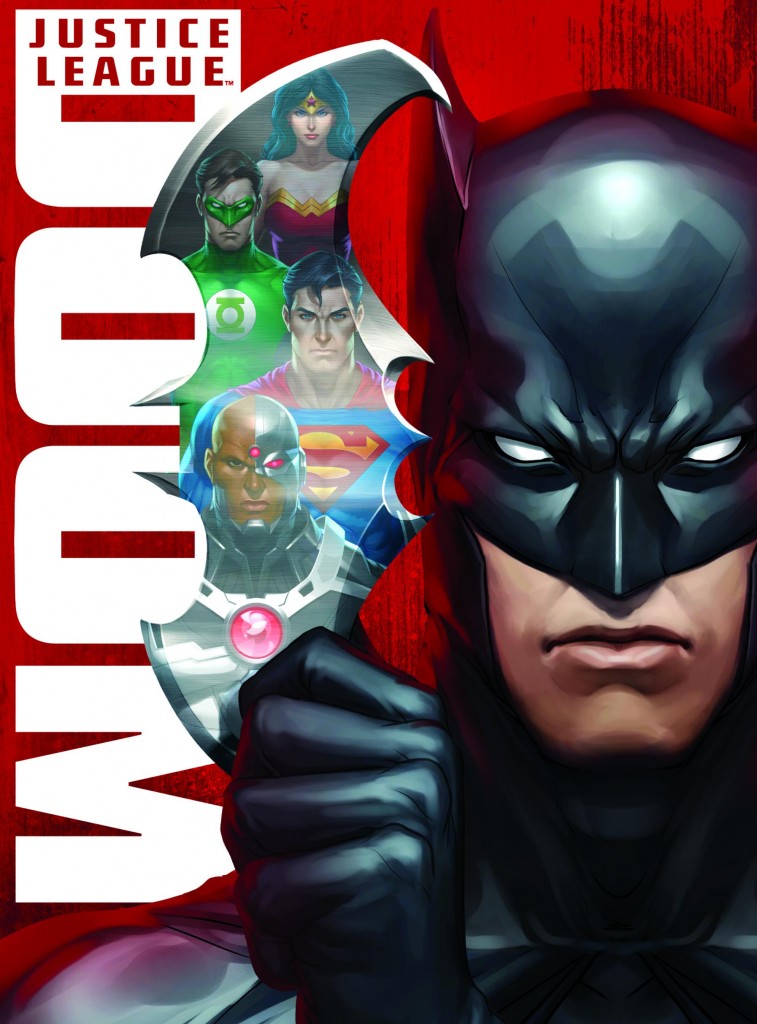 In this tribute to Dwayne McDuffie (who wrote the film and died shortly after due to complications from open heart surgery), the Legion of Doom take center stage as each member strikes at their corresponding nemeses from the Justice League, while Vandal Savage plots to wipe out the entire human race and start civilization anew. 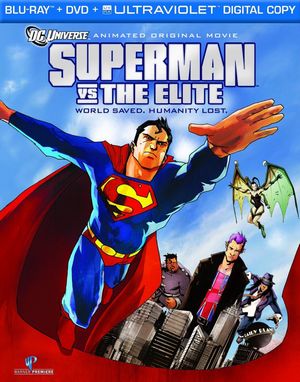 Most viewers might wonder why this storyline, of all the arcs in the comics, was chosen to be one of the DC animated movies to be released after the classic Timmverse. Based on “What’s So Funny About Truth, Justice & the American Way?,” Superman vs. The Elite “tackles themes that go way beyond a typical superhero story,” says Joe Kelly. “Politics, the price of power and America’s place as a force in the world are all viewed through the lens of the DC Universe. Even if fans aren’t paying close attention to these issues, they’re all over the media. You can’t escape them. So with the state of affairs being what it is, I can’t think of a better time to see Superman confront these themes.” And that is exactly what the film is all about. 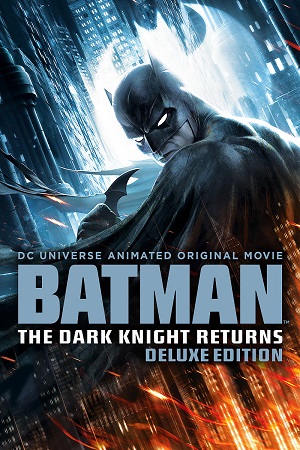 Arguably the most anticipated of all the DC animated movies to date, Batman: The Dark Knight Returns (separated into two parts) is the film adaptation of the masterpiece by Frank Miller. Forever revolutionizing the Caped Crusader, this story chronicles Batman’s retirement days and how, upon his return, the evils of Gotham City resurface with him. Before you go and watch Batman v. Superman next month, you should watch this first—or better yet, read the actual comicbook! 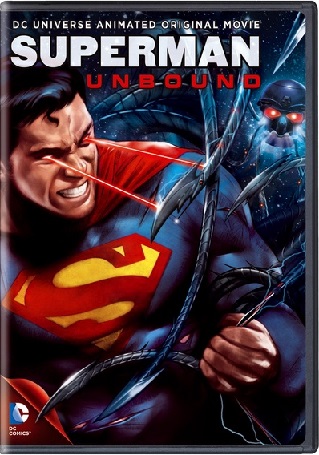 An adaptation of the “Superman: Brainiac” story arc in the comics by Geoff Johns, Superman: Unbound follows the adventures of Superman and Supergirl as they try to stop Brainiac and an ominous fireball from destroying the world.

After thwarting a criminal attempt by the Rogues, the Flash encounters Professor Eobard “Zoom” Thawne (a.k.a. the Reverse-Flash) who taunts him over his mother’s death. When Barry wakes up the next day, he finds that his whole world has changed—the Justice League no longer exists, and his powers are gone. He then enlists the help of Batman (who is Thomas Wayne) to reverse whatever Zoom did to alter the timeline before it’s too late. 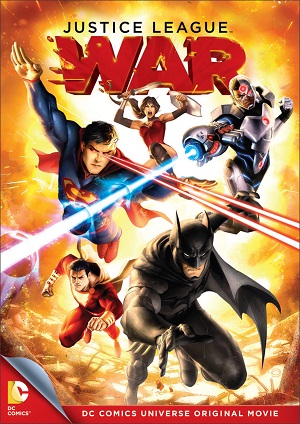 During the 2011 DC Universe reboot, Geoff Johns and Jim Lee reinvented the beginnings of the League in “Justice League: Origin”. With Justice League: War as the first adaptation in the DC animated movies that opens up a new shared continuity, the film revisits how the members of the League meet and how they team up for the very first time against a greater threat—Darkseid.

More than anything, the movie is a look into the personal struggles of Damian Wayne as he copes with being a ruthless assassin and the son of a superhero at the same time. As an adaptation of Grant Morrison and Andy Kubert’s “Batman and Son” arc, it further complicates the relationship between Talia and Batman while throwing Deathstroke into the mix. 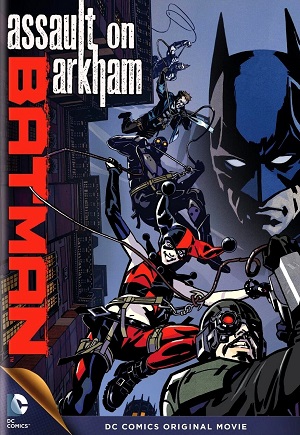 What’s unique about this movie is that it’s set in the universe of the Arkham video games, with the main focus on the Suicide Squad. On a mission from Amanda Waller, Deadshot, Harley Quinn, and the rest of the merry band of criminals-turned-government-lackeys try to recover a thumbdrive from The Riddler but end up getting involved in something bigger than themselves. It’s the perfect intro for anyone who’s hyped to see the Suicide Squad movie coming out later this year.

Loosely based on The New 52’s “Throne of Atlantis” by Geoff Johns, this film is a sequel to Justice League: War back in 2014. Half-Atlantean Arthur Curry begins as a drunkard and ends as a prince, but the road to royalty is never easy. With the help of the Justice League, he saves the world from disaster, rediscovers his heritage, and claims his throne as Aquaman. 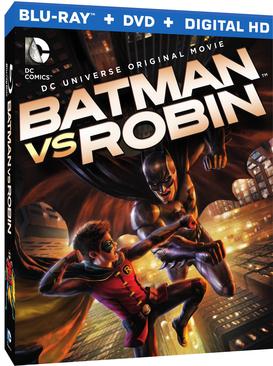 Based on the Batman: The Court of Owls story arc from the comics (by Scott Snyder, Greg Capullo, and Jonathan Glapion), Batman vs. Robin is a sequel to Son of Batman from 2014. The story focuses on Bruce and Damian’s struggle as father and son, and when the mysterious Talon confronts Robin, our heroes soon discover that there’s more to Gotham’s high society than they know. 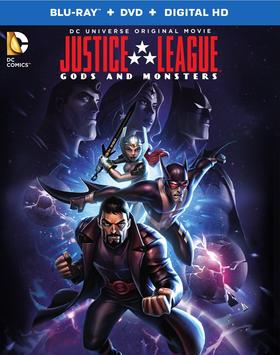 An alternate universe finds the Justice League as a brutal organization that enforces order on the planet by any means necessary. Superman is the son of General Zod, Wonder Woman is a member of the Apokolips royal family, while Batman is a vampire. Isn’t the idea of Bats feeding on criminals enough to get you interested in this film? 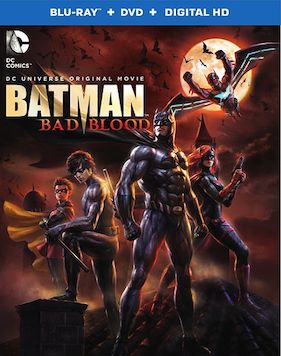 As a sequel to Batman vs. Robin released in 2015, Batman: Bad Blood begins with The Dark Knight missing and Gotham unprotected. Forced to continue what Bruce started, Nightwing and Robin, with the help of a few more members of the family, rise up to the challenge of defending the city while looking for Batman himself. 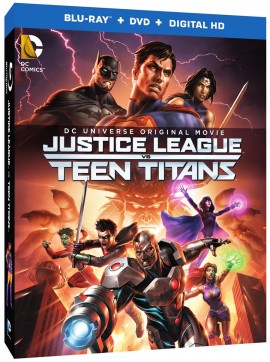 Robin screws up a Justice League mission, and a disappointed Batman sends him to work with the Teen Titans. But when Trigon possesses the League, there’s nowhere else to turn—it’s up to the Titans to step up their game and save the world. 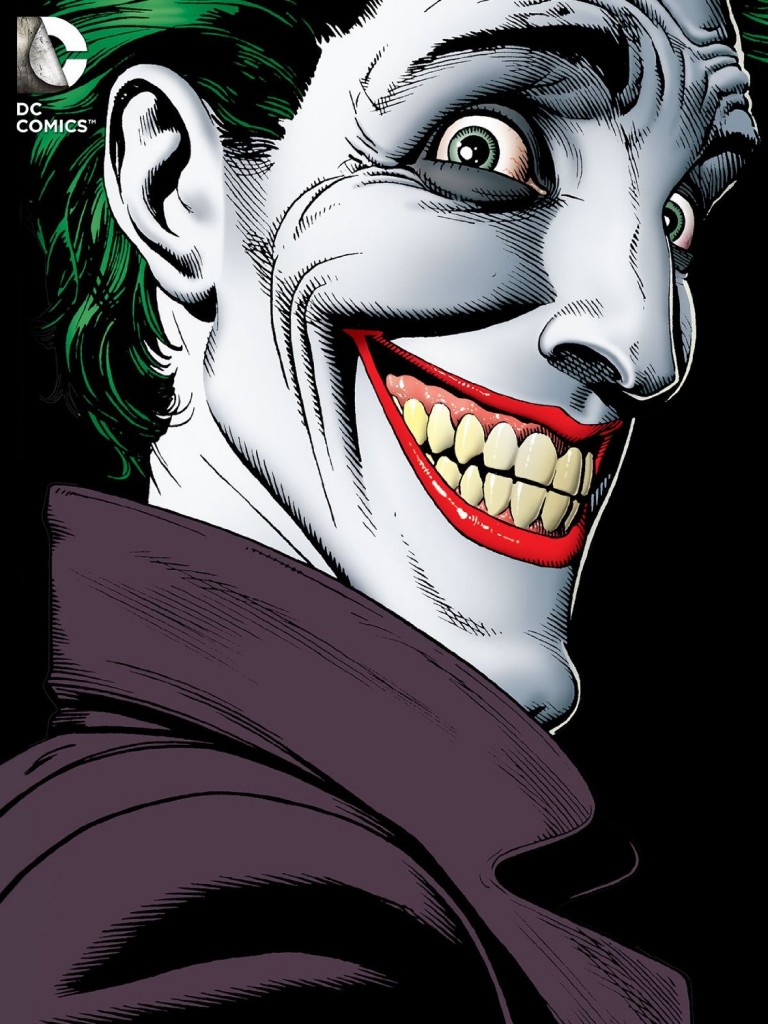 Mark Hamill is back to voice the Clown Prince of Crime! There’s no stopping The Joker as he kidnaps Commissioner Gordon and attempts to drive Batman into madness, proving once and for all that he and The Dark Knight are one and the same. The animated film based on the comic of the same title will supposedly feature a 15-minute prologue and added storylines to lengthen the short comicbook into a whole film. 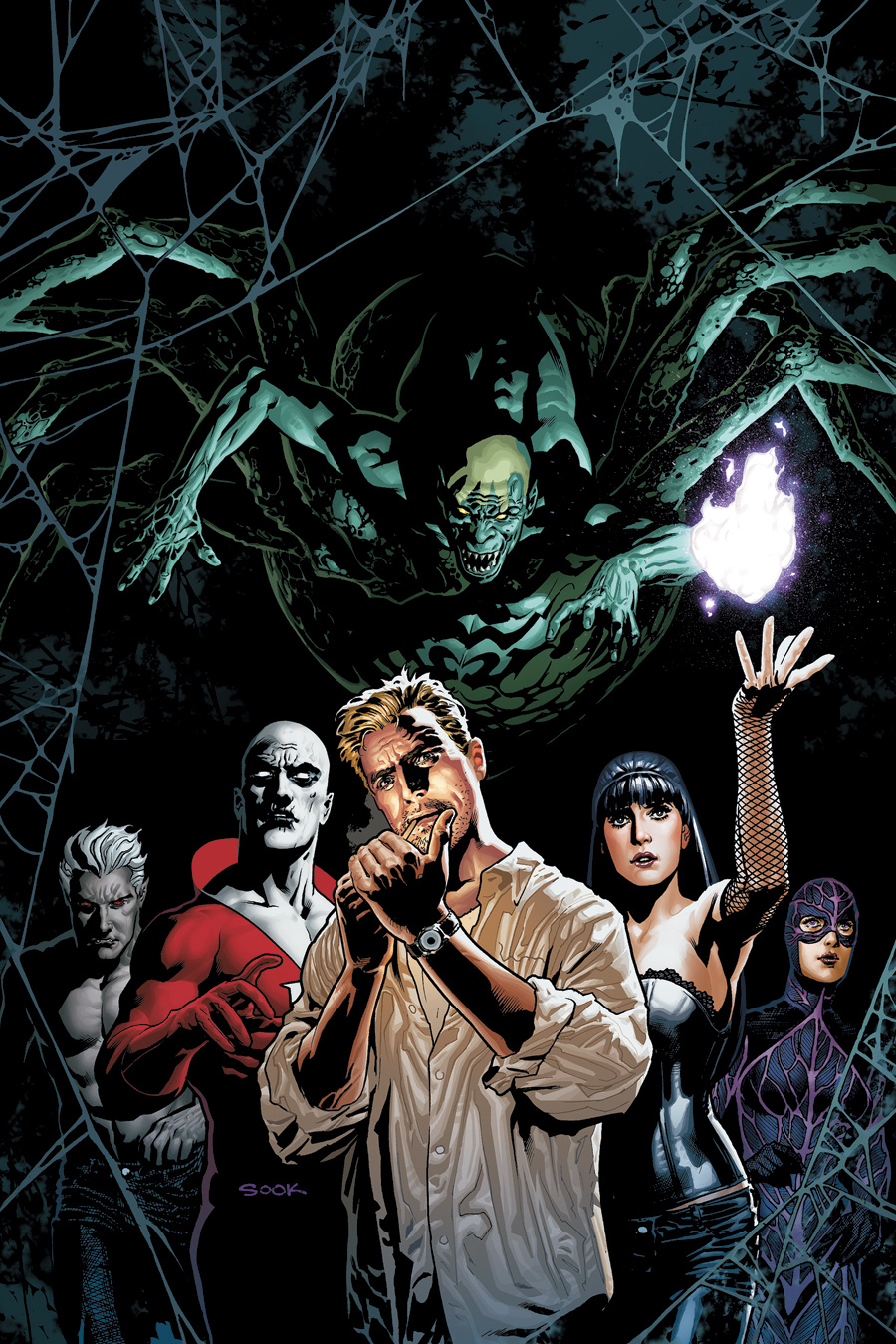 Batman and hard-drinking spell-caster John Constantine are putting together a team of magic-sensitive individuals to combat mystically generated threats the Justice League can’t handle, fathom, or bury in the sun. Like swarms of flying, chattering teeth for example. 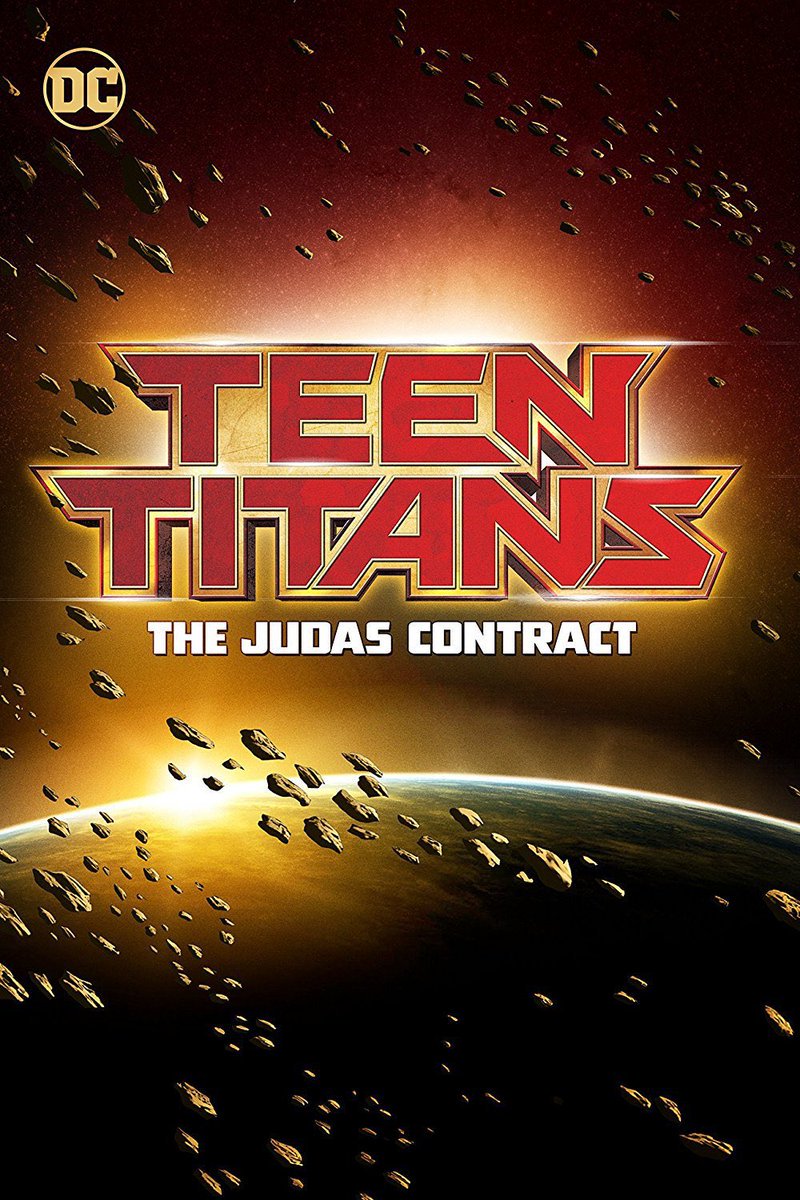 Based on the classic comic book story of the same name, “The Judas Contract” introduces the earth-moving, arguably heroic Terra, and one hell of a revenge plot enacted by vindictive Titans’ baddie, Deathstroke.

Which films are your favorites, and which ones are you looking forward to the most? Do you have a favorite KAPOW scene that still gives you nerd-gasms when fondly remembered? Sound off in the comments below!