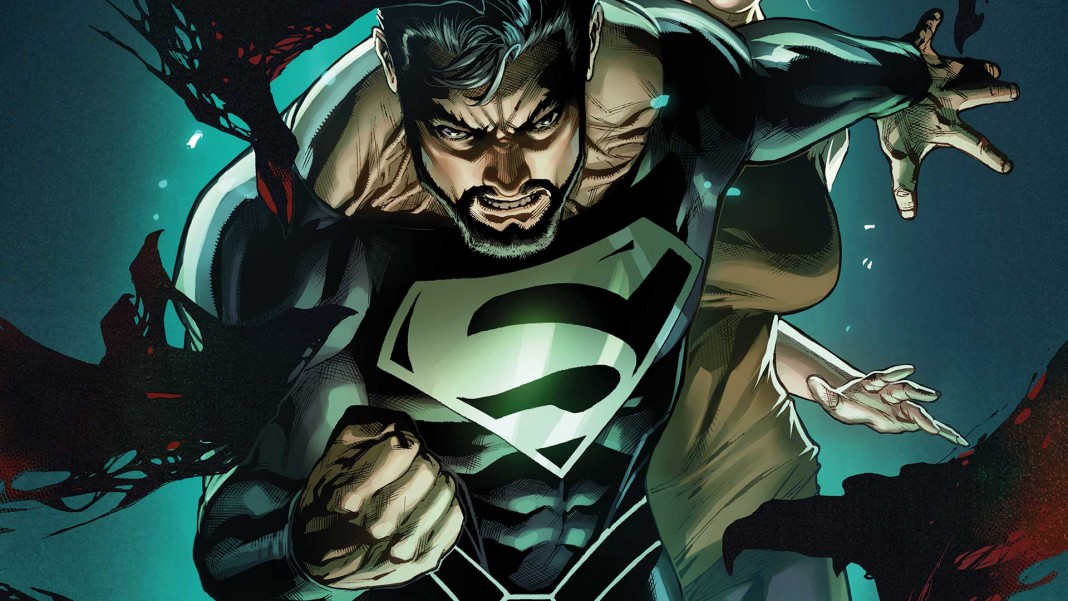 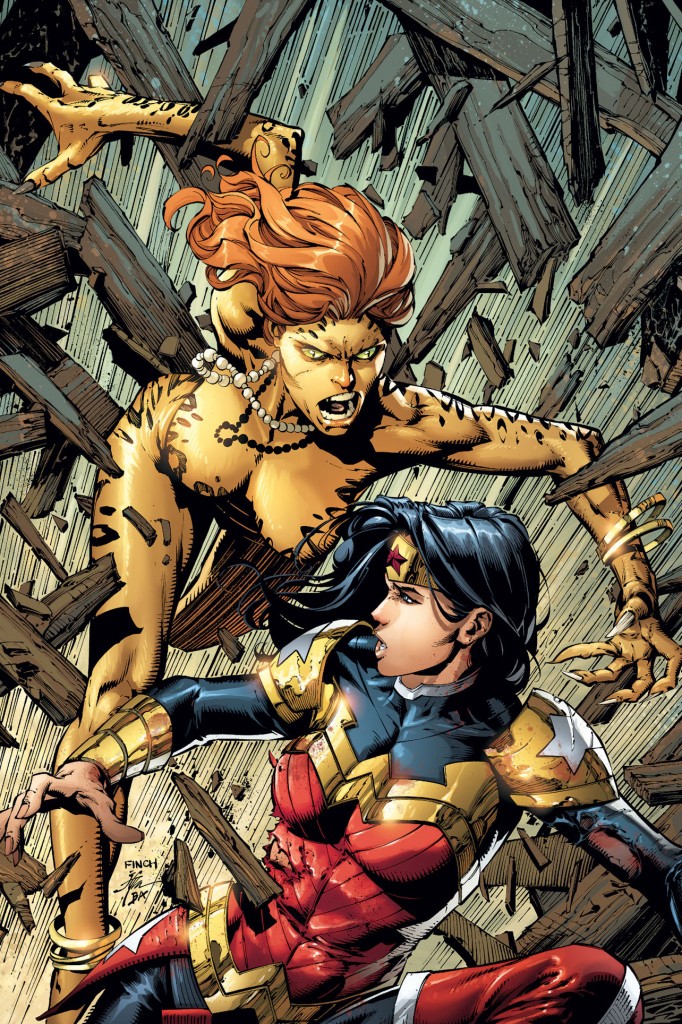 As her duties as God of War draw Wonder Woman into battle, the Cheetah resurfaces to strike! This issue features open-to-order variant covers by Amanda Conner that will be shipped in opaque polybags. 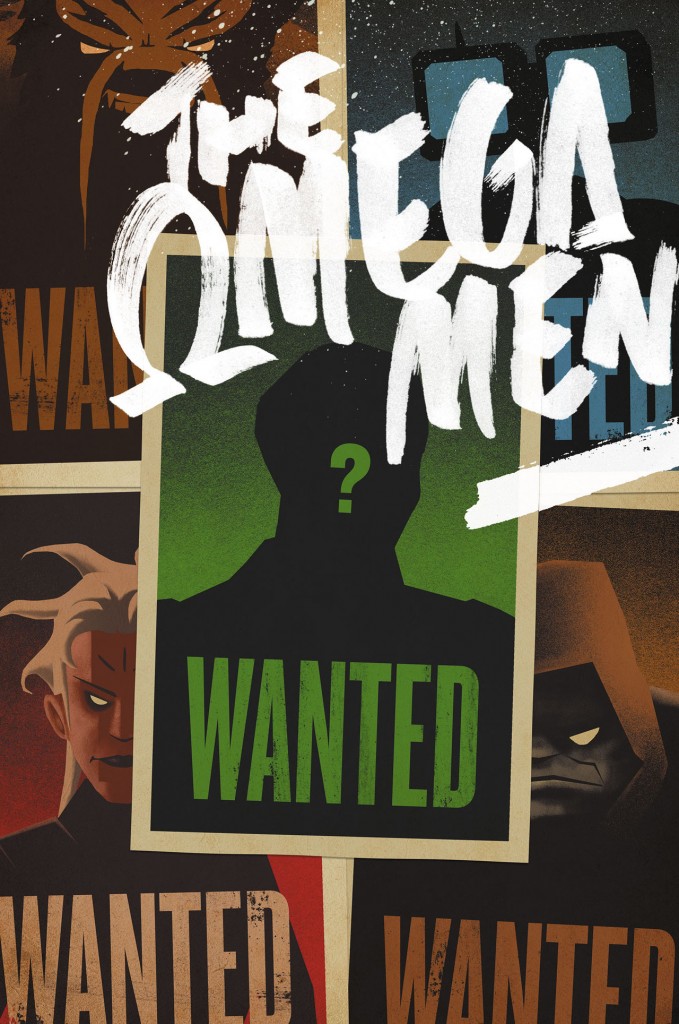 The Omega Men’s mysterious plan for Kyle Rayner comes to fruition as the former Green Lantern is forced to make the biggest decision of his life—one that could cost millions of lives. Secrets are finally revealed in an epic climax that will change the balance of power in the DC Universe. 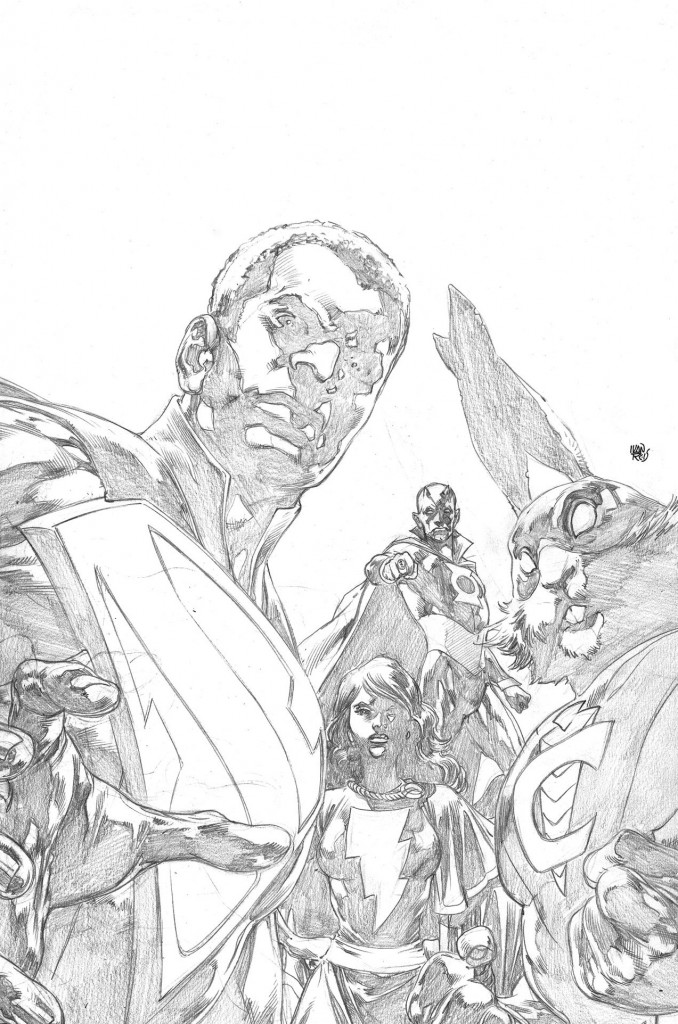 The bookend issues that opened and closed the epic known as THE MULTIVERSITY are re-presented here in this new Director’s Cut Edition, with script pages, sketch material and the art of Ivan Reis presented in pencil form. 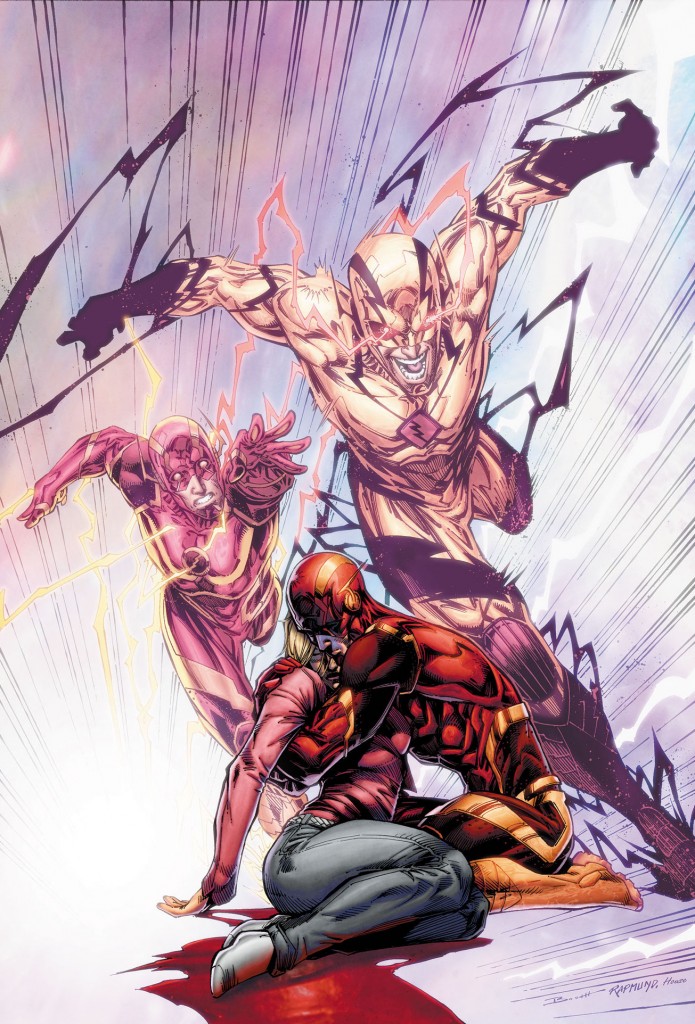 Professor Zoom’s endgame goes into effect as we learn the dark truth behind Nora Allen’s murder! This issue features open-to-order variant covers by Terry Dodson that will be shipped in opaque polybags. 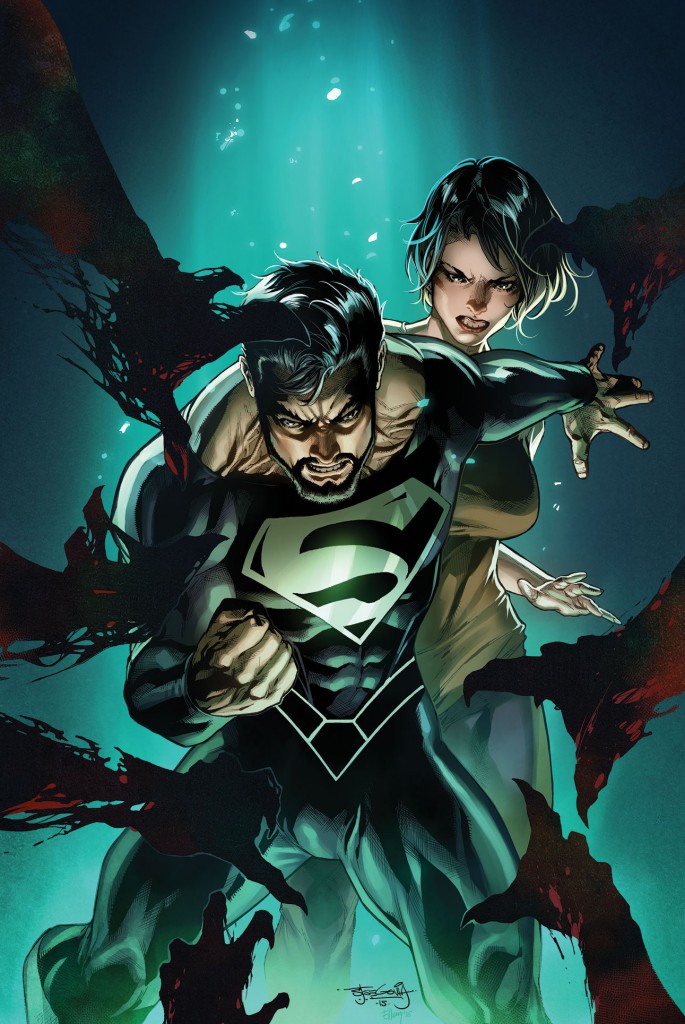 Who—or what—is Blanque? What is being held in this Superman’s Fortress of Solitude? And what is Intergang, and why is their discovery dangerous to Lois? Whatever the answers, neither Clark nor Lois want their son to learn the truth… 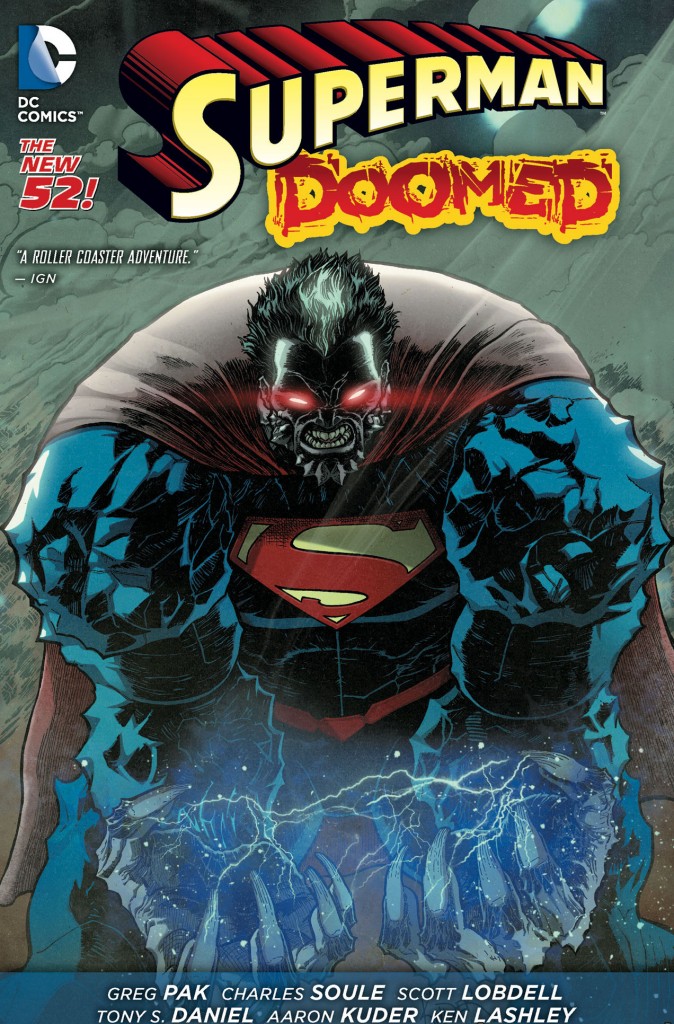 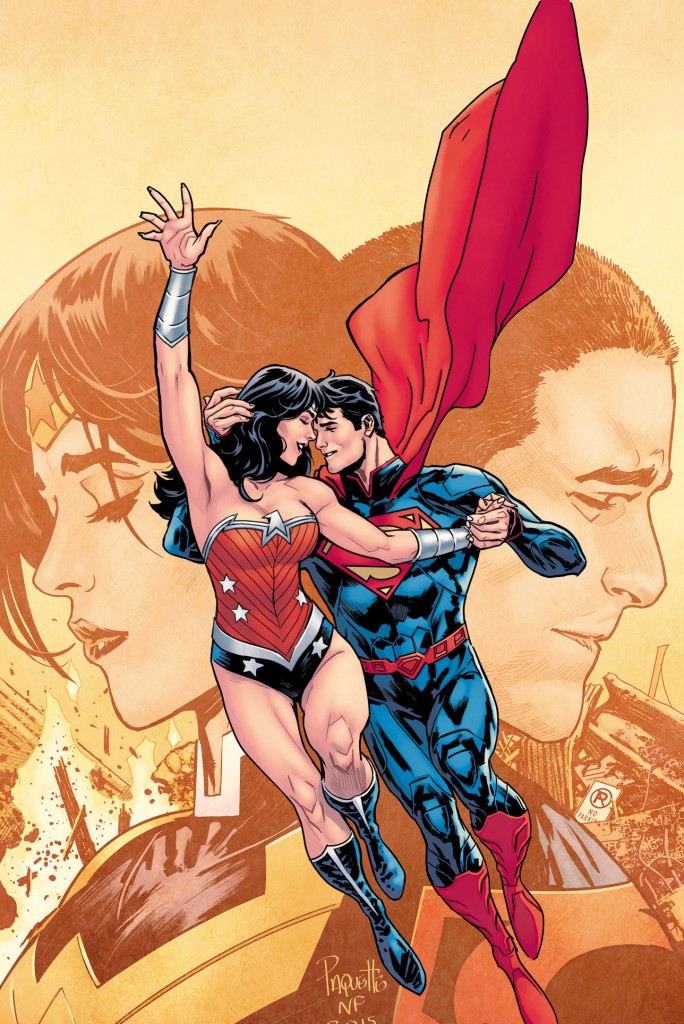 Forged in the fires of battle, their union is one the world fears and hates—and some have tried to tear it asunder! Now witness the trials of the romance of Kal and Diana, and how it all came to be. See the first kiss and last breath of Superman and Wonder Woman in this epic tale that recounts the most dangerous love story of all. 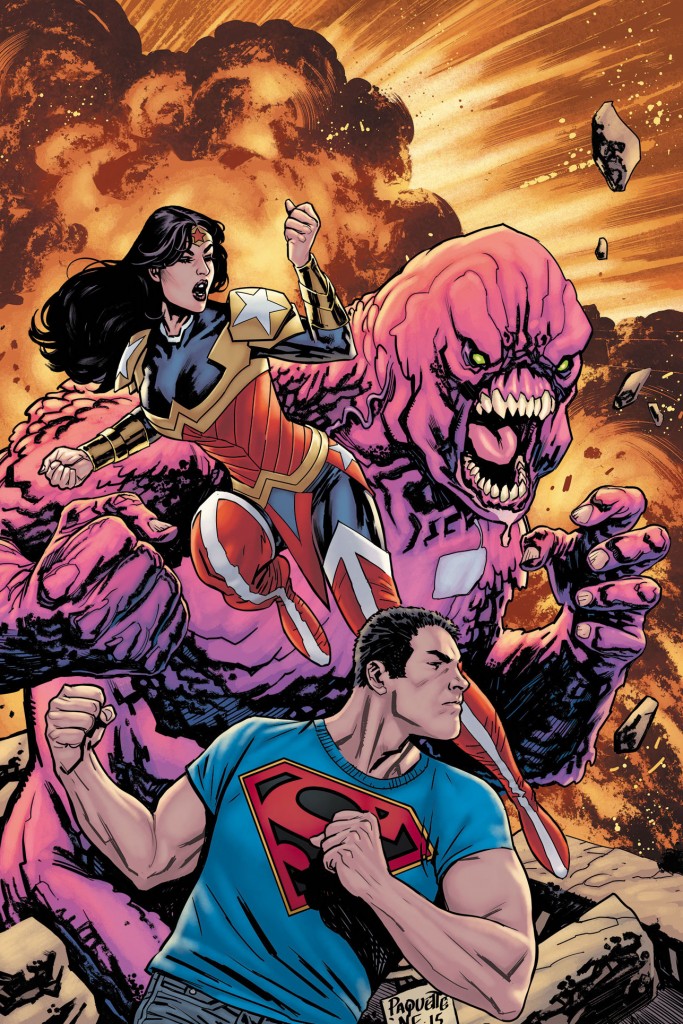 It’s the team-up you never expected, as Superman and Parasite take on those other energy suckers, the Pale Riders, to free Firestorm! Meanwhile, Wonder Woman fights an unstoppable behemoth that can contain—and consume—her powers! 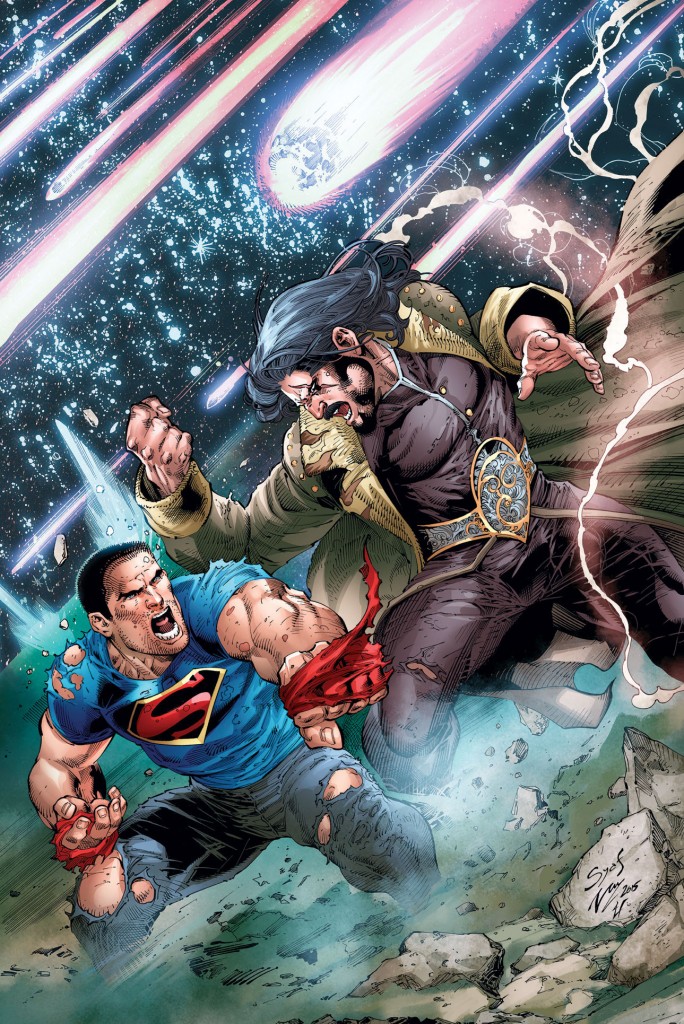 “Man of Tomorrow. Man of Yesterday.” Superman and Vandal Savage have been on a collision course for centuries. As Kal-El struggles to survive against this barbarian’s attacking hordes, we reveal the events that led to Vandal Savage’s creation—and his unexpected connection to Krypton. Immortals gather to put an end to the Last Son of Krypton so Earth may live! 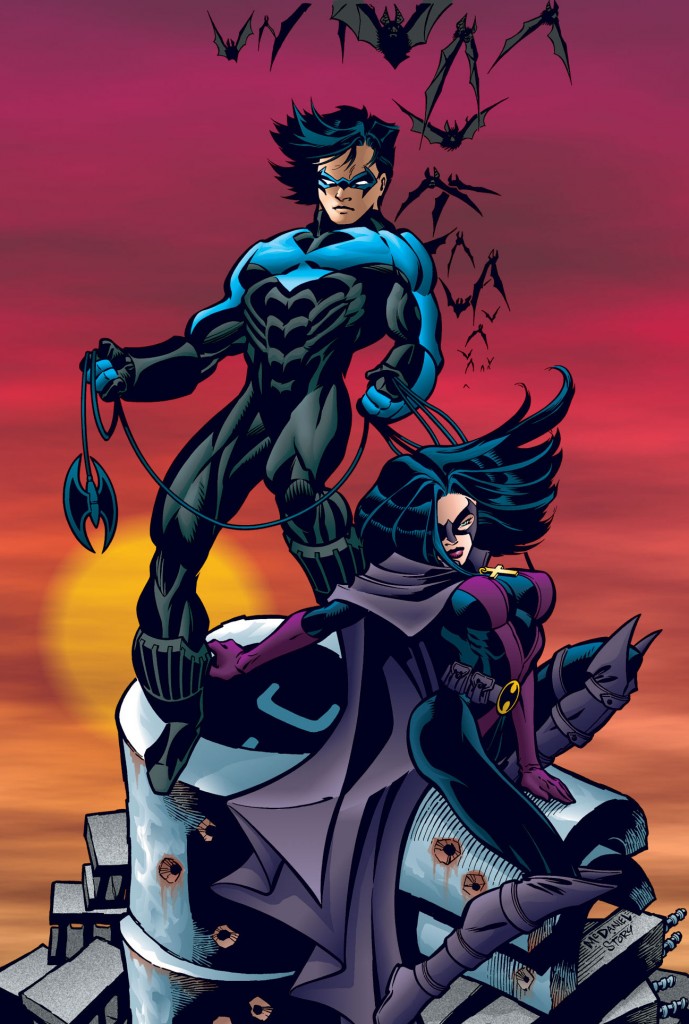 After a massive earthquake, Nightwing finds himself in a decimated Gotham City teaming with his Bat-family to help its citizens. Then, even as he makes his way back to Blüdhaven, a familiar face that’s equally friend and foe shows up at his doorstep: The Huntress! Collects issues #19-25 and 1,000,000, and NIGHTWING AND HUNTRESS #1-4. 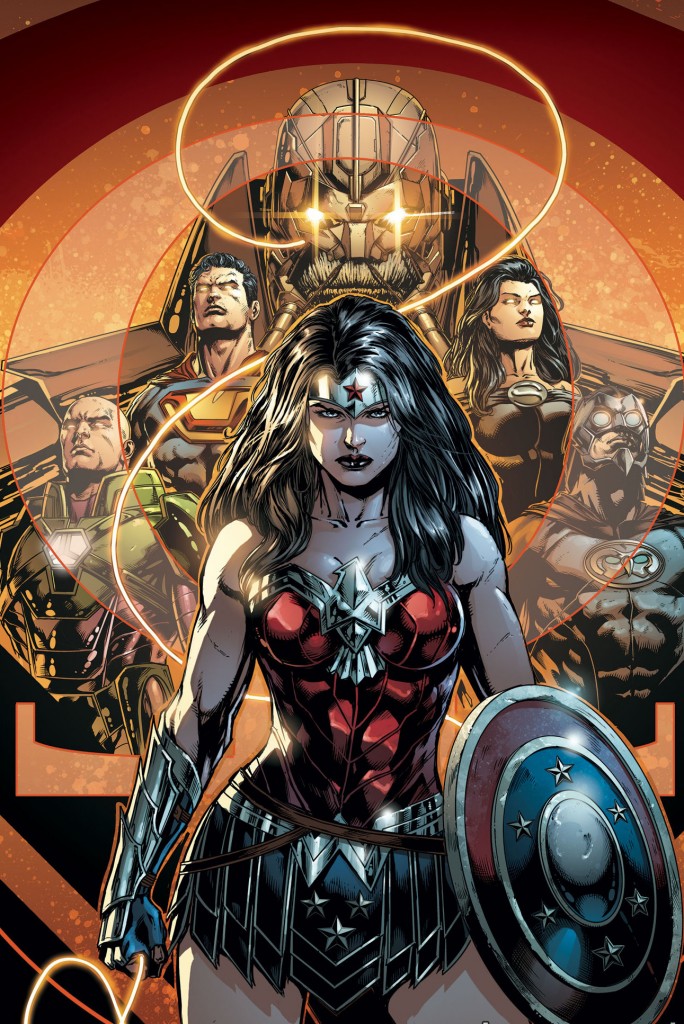 Super-star artist Jason Fabok returns as the second act of “DARKSEID WAR” begins! As the members of the Justice League struggle with their new Godhood abilities, Wonder Woman must turn to the beings that have fought the Anti-Monitor before: the Crime Syndicate! Plus, what secret does Grail hold that will change Diana’s world forever? This issue features open-to-order variant covers by Jim Lee that will be shipped in opaque polybags. 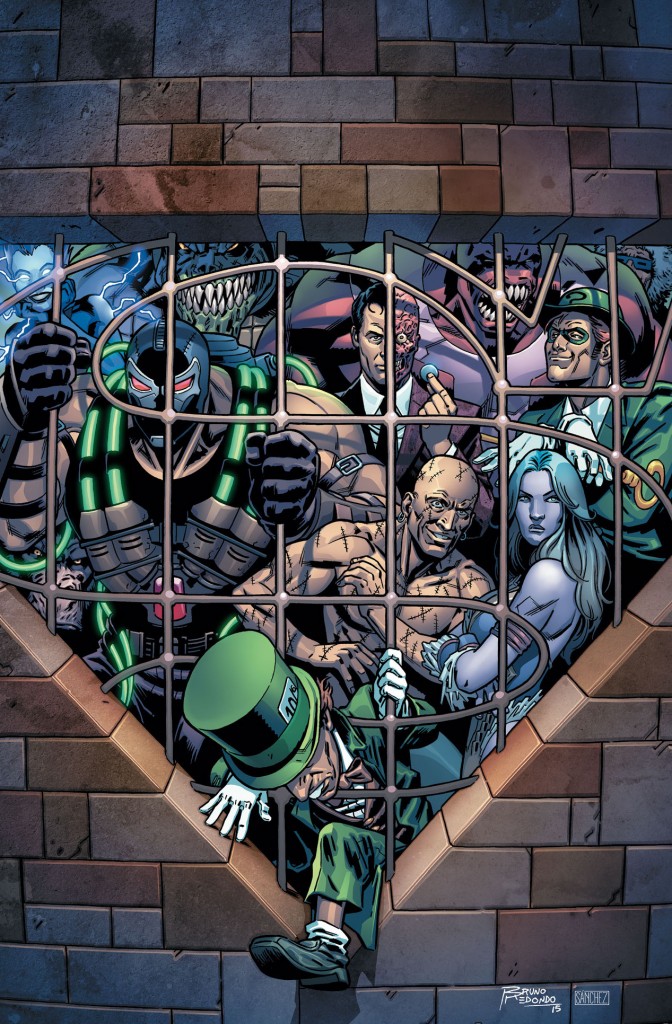 Tom Taylor (EARTH 2, Superior Iron Man) returns to the series he launched for this one time special event that kicks off the story you’ll see in the upcoming INJUSTICE: GODS AMONG US: YEAR 5. In his efforts to maintain world peace and wipe out crime, Superman has locked up all of Earth’s villains, as well as his enemies (including the Green Lantern Corps), in an undisclosed, impenetrable facility. Now, a surprising new prisoner may have discovered how to free himself and everyone else from this previously inescapable location. 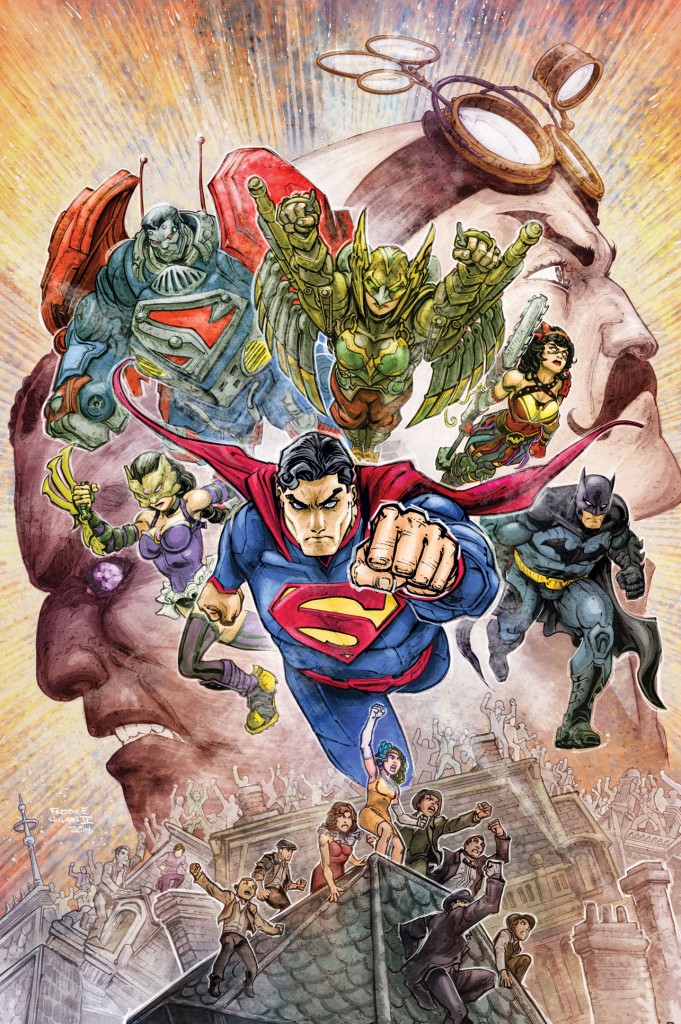 Facing impossible odds, the heroes of the Multiverse must reignite the defenses of the Monitor’s tower. And the person they have to rely on to do this is none other than Lex Luthor of the Gaslight World! Collects INFINITE CRISIS: FIGHT FOR THE MULTIVERSE #7-12. 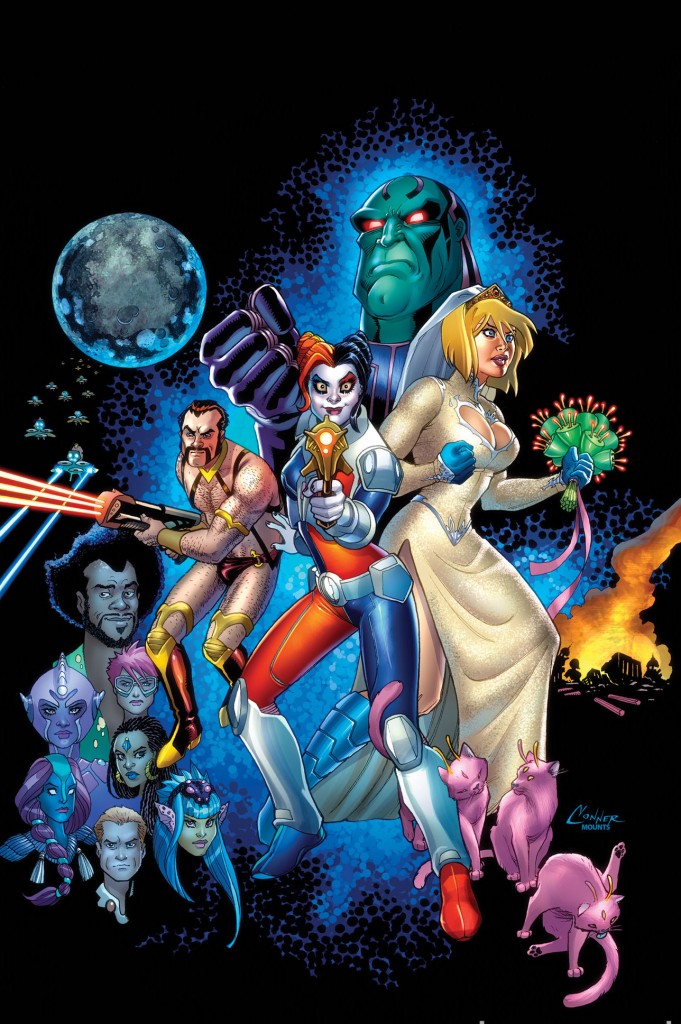 It’s here! The epic finale of the miniseries that changed everything you thought you knew about the gutter between panels 3 and 4 of page 20 of HARLEY QUINN #12 (whew)! Worlds will live! Worlds will explode real good! And don’t miss the most spectacular wedding of the last million light years! (NOTE: Light years are not a measurement of time –Editor) 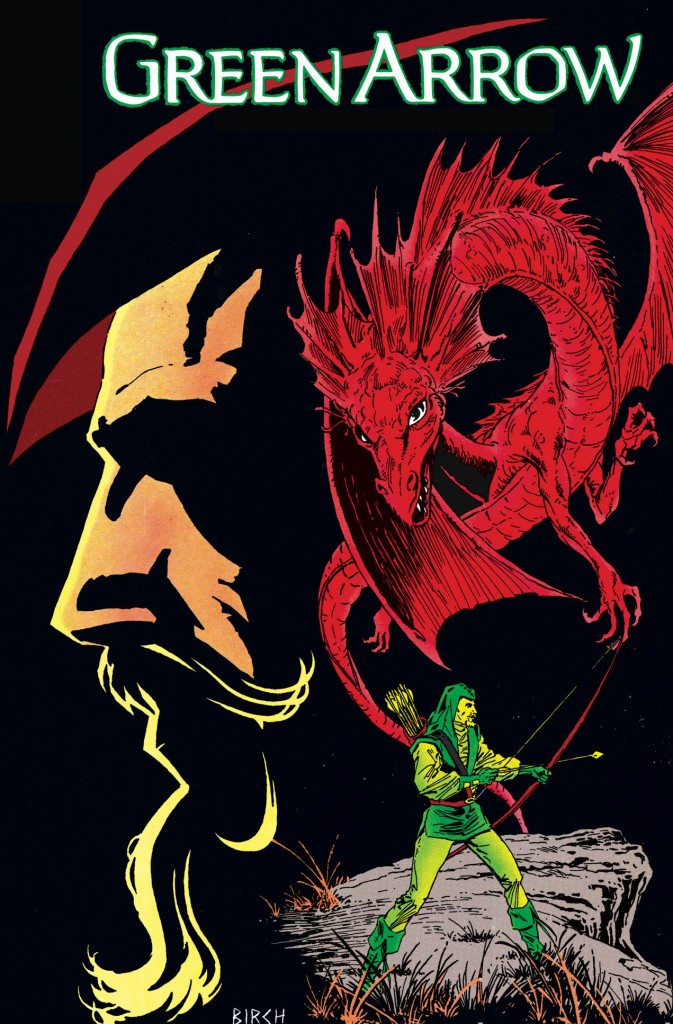 Green Arrow must team up with Shado to rescue her son from the Yakuza. Then, the Emerald Archer is called to Nottingham, England, to investigate a young witch. And, the Warlord arrives in Green Arrow’s hometown of Seattle. Collects GREEN ARROW #21-28! 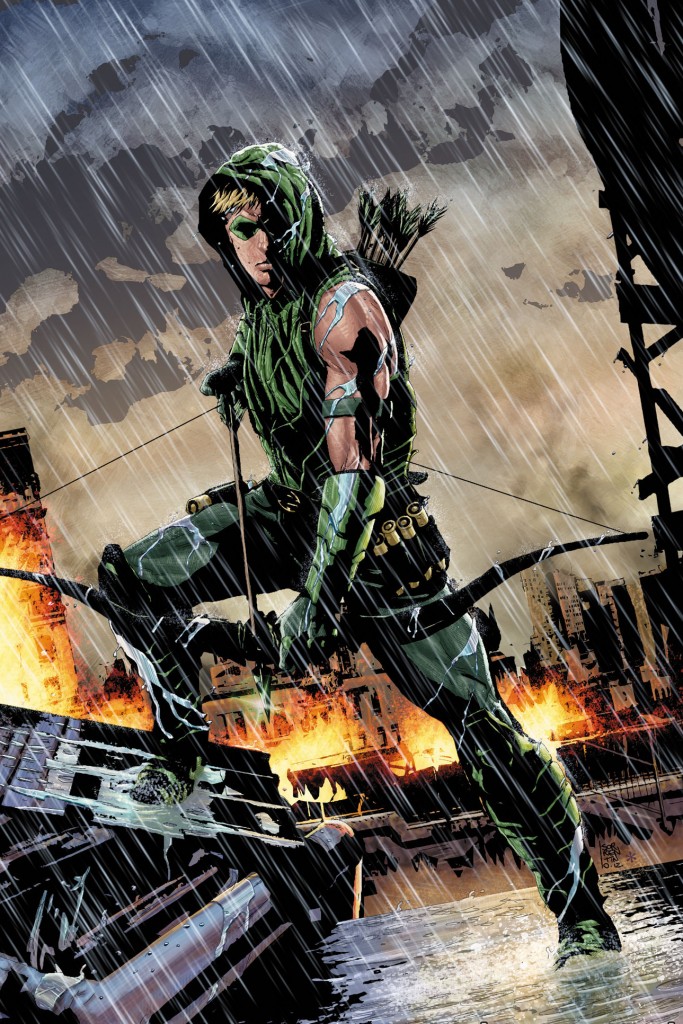 The entire GREEN ARROW run written by Jeff Lemire is collected in one hardcover, with stories from issues #17-34, SECRET ORIGINS #4 and FUTURES END #1! As Green Arrow discovers that his stranding on a desert island was more than just an accident, there seem to be more sinister forces at work behind all these sudden revelations. The Queen family is embroiled in a war generations old. A war of clans. A war of outsiders. 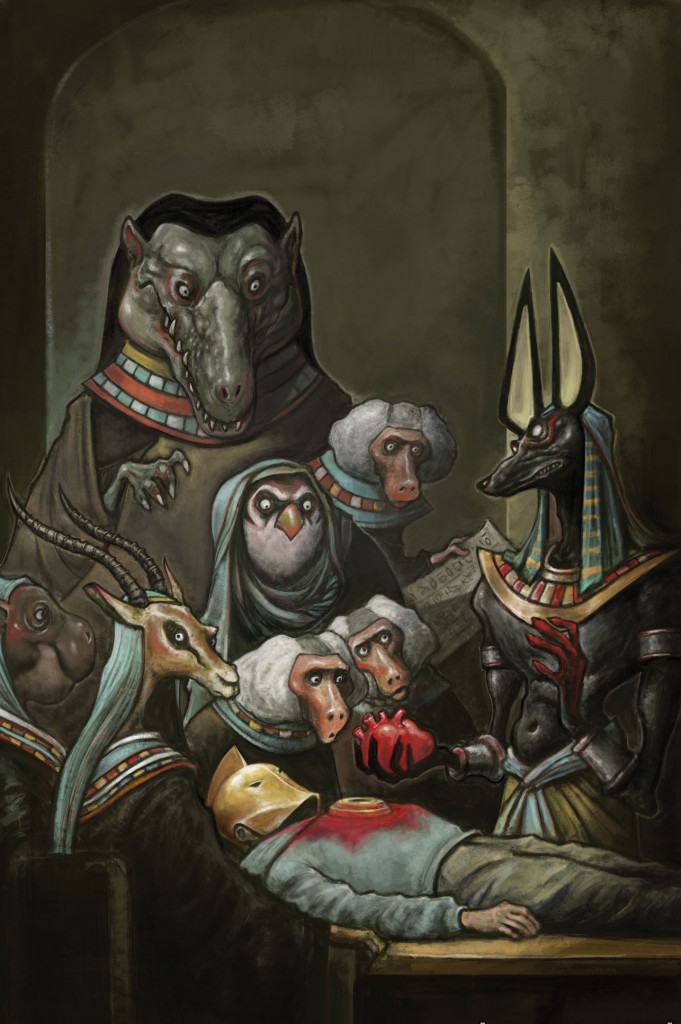 One of the most acclaimed new DC Comics series concludes its first amazing epic as Anubis defeats Fate and takes his body and soul on a surreal journey into the ancient and mystical House of the Dead. 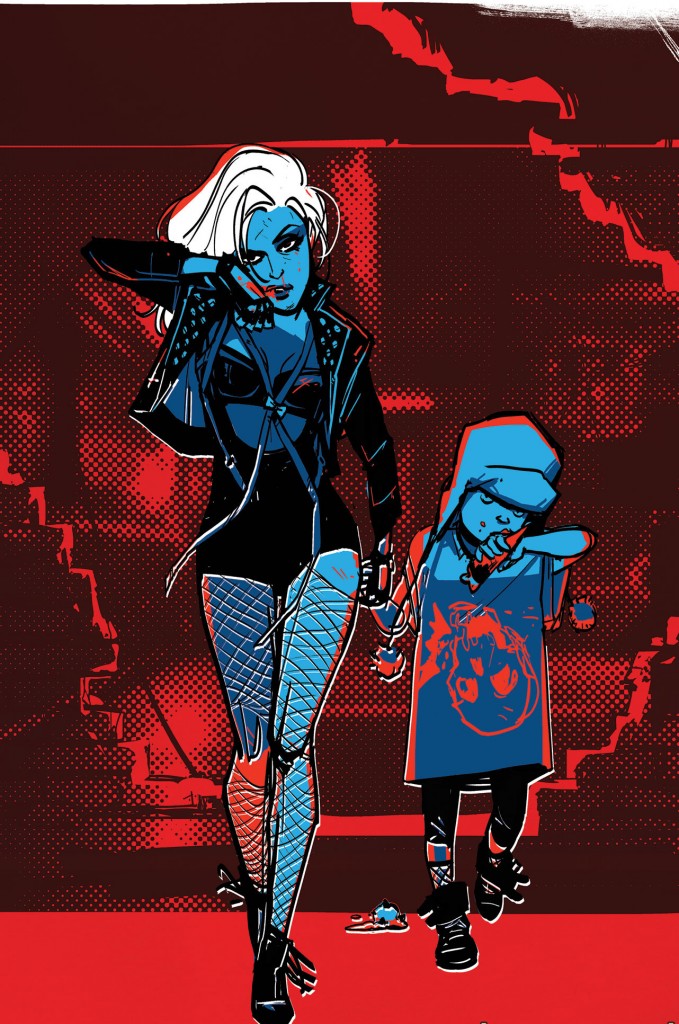 The secret of who assembled this pack of misfits into the band that became Black Canary is revealed—and the answer is stranger than you’d ever dream! There’s a higher purpose to dropping Ditto into Dinah’s life, but will they both survive the mission they’re meant to complete? 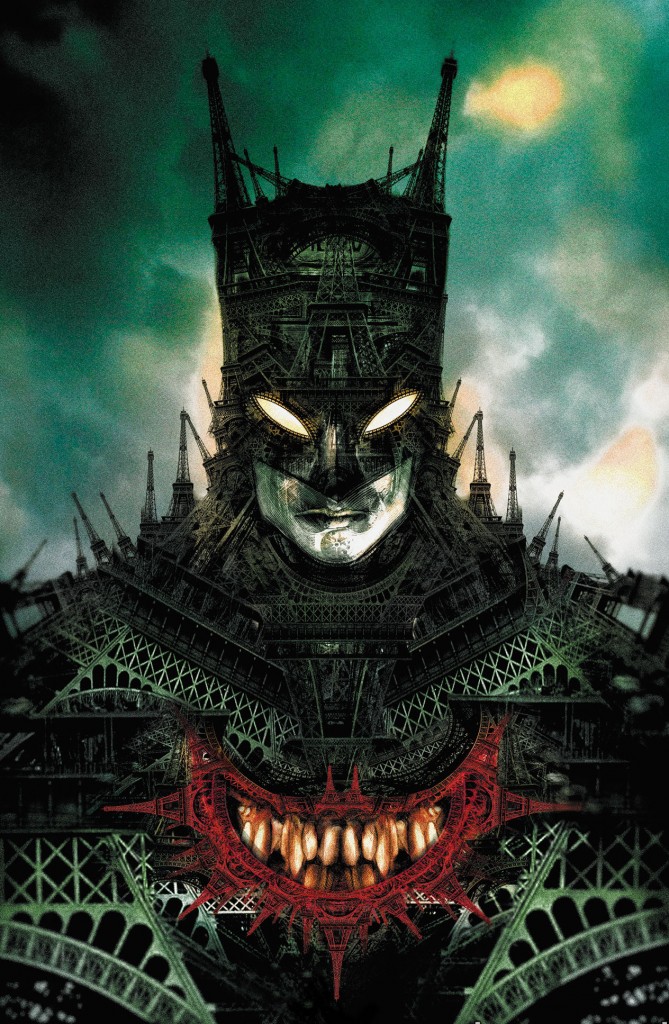 Weakened by a deadly virus, Batman arrives in Paris to find some answers. But with The Joker along for the ride, Batman’s guaranteed to face terrifying challenges as they follow a trail that leads to their common enemy. 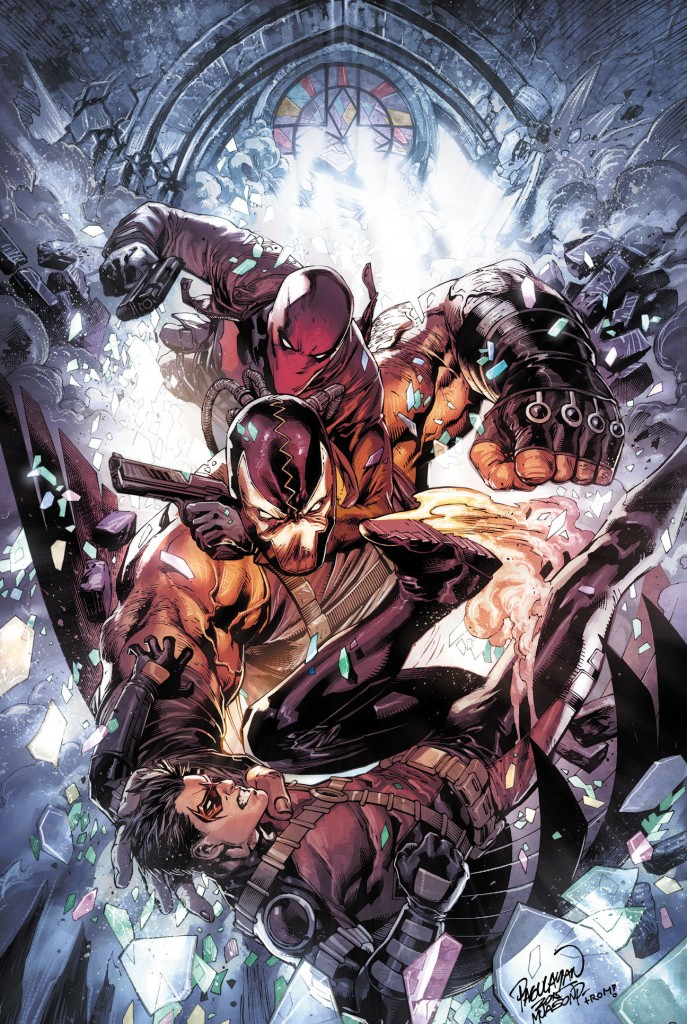 Red Robin and Red Hood have followed a trail of technology to the island nation of Santa Prisca and the mysterious monastery built on the site of what was once the worst prison in the world…but that prison was once the kingdom of Bane, and he wants his kingdom back! Meanwhile, Dick Grayson and Harper Row meet the mysterious Sculptor, a woman who reshapes minds! And with every clue they assemble, a terrible picture of Bruce Wayne’s darkest hour is emerging.