Home COMICS Do You Have What It Takes to Be the Next Robin? 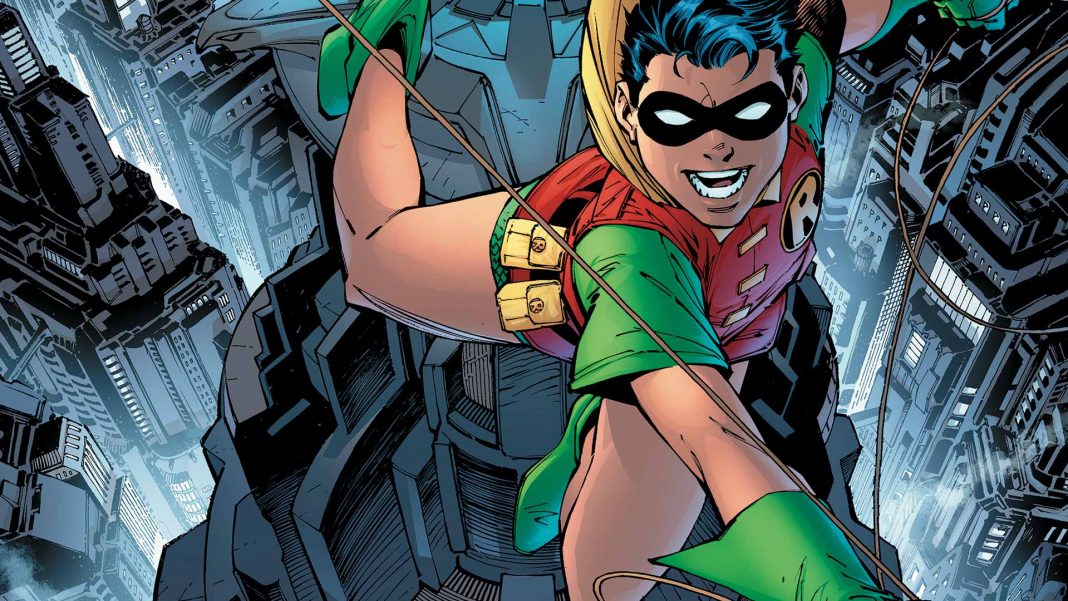 Batman is sick of Damian’s back-talk, and he’s had it with Tim Drake’s lack of commitment due to his extracurricular activities with the Titans, both “new” and “teen.” Anyway, he’s looking for another Robin and the word is OUT! Do you have what it takes to be the next Robin?

I know what you’re thinking. You’re completely enthralled by the perceived glory associated with joining Batman’s fight against a riveting cast of ostentatiously clothed psychopaths; excited by this prospect, you’re saying, “Yes, I absolutely have what it takes to be the next Robin.” Well, the enthusiasm is always appreciated, but you need to read the requirements below before submitting both your resume, and a 7-minute introduction video. Basically, I’m telling you that “A Death in the Family” is something that happens quite regularly; there are far more sidekick fatalities than Batman ever conveyed to the goodly writers at DC Comics.

1. The Ability to Shut Up and Pay Attention

You need to learn a LOT, and 99% of it is essential to your survival on the street. So, when Batman is showing you how to effectively crush a man’s ribs with ancient fighting techniques, don’t tell him about your peanut allergy or your general dislike of Boy Bands. He’ll probably elbow you in the basal ganglia.

2. The Ability to Take a Punch

You’re going to face some SERIOUS adversaries who are either incredibly well-trained in several forms of lethal punching, or so damn insane they’ll flail at you like a spinning octopus armed with poison-slathered scimitars. You’re going to get hit. A lot, and mostly in the face. And, after Batman scrapes you off the floor, again in the basal ganglia for being no more effective than a yellow-caped punching bag.

3. The Ability to Survive Several Strikes with a Crowbar, Followed by an Explosion

Yeah, that’s how Jason fell in the line of duty. So, in order to make sure Batman NEVER suffers that loss again, he’s going to adequately prepare you by mashing you with a crowbar and throwing you onto a landmine. Being proficient at #2 will certain aid you in fulfilling point #3.

4. The Ability to Accept a Backhand if You’re Repeatedly Told to Shut Up and Pay Attention

The basal ganglia strike was just to get your attention. Now, with your incessant ramblings regarding the Netflix price-hike while training to escape from a derelict Russian Submarine, Batman has no choice but to seriously backhand you until you just shut. The ‘eff. Up. No, he won’t puncture the tank, but he will seriously crack your goggles.

5. The Ability to Survive a Fall After Dropping Several Hundred Feet from the Air.

Leaping from building-top to building-top is the easy part; it’s the sometimes unexpected descent to street-level that proves extraordinary difficult. Ask yourself: are you prepared to learn how to properly descend from a 10 story building through the application of several hundred back-flips and a cape that’s 45% hang-glider? If this sounds EXTREMELY dangerous, that’s because, well, it’s EXTREMELY dangerous. Sure, Batman will do it 3 or 4 times before he kicks you off a ledge, but…..Man, you can’t screw up. You really, really can’t.

6. The Ability to Use One of Those Grappling Gun Things and Swing Effortlessly Between Buildings

If you survived #5, then you’re ready for your very own grappling gun. Batman will train you how best to utilize this amazing, multi-purpose device, but primarily, it’s used to ascend structures, rappel structures, and permit a swinging conveyance between structures. Yes, sometimes the lines break, or the hooked end doesn’t actually secure itself properly, so…yeah, thankfully you know EXACTLY what to do since you survived the tribulations of point #5.

7. The Ability to Take a Bullet

8. The Ability to Survive EXCRUCIATING Torture While NEVER Disclosing Your Mission Parameters or Your Identity!

If, in the thick of battle, you’re completely overrun and captured, you know damn well where things are headed. You’re going to wake up in a dark room lit by one solitary bulb dangling about 12 inches above you. As consciousness returns, you’re going to try to move, but you’re tied, duct-taped and welded to a chair, so….no, all the usual methods of escape are no longer viable.

Then, a masked fellow in a white suit with matching surgical gloves will start asking questions; the types of questions you can’t answer for fear of revealing your identity and the several hundred ‘in-play’ machinations of the Batman. He’ll ask again, but this time he’ll do so while driving a knife through your thigh.

He’ll ask again, while taking a hammer to your teeth.

He’ll ask again, while sticking a curling iron through your left eye.

He’ll ask again, while…Okay, you get the point. You need to be able to keep your sh*t together and stay strong. There’s a microchip implanted behind your right ear and you can hear its high-pitched whining. Batman is on his way. Just…just hold on, little bird.

So, still interested in the highly coveted Robin position? Didn’t think so.