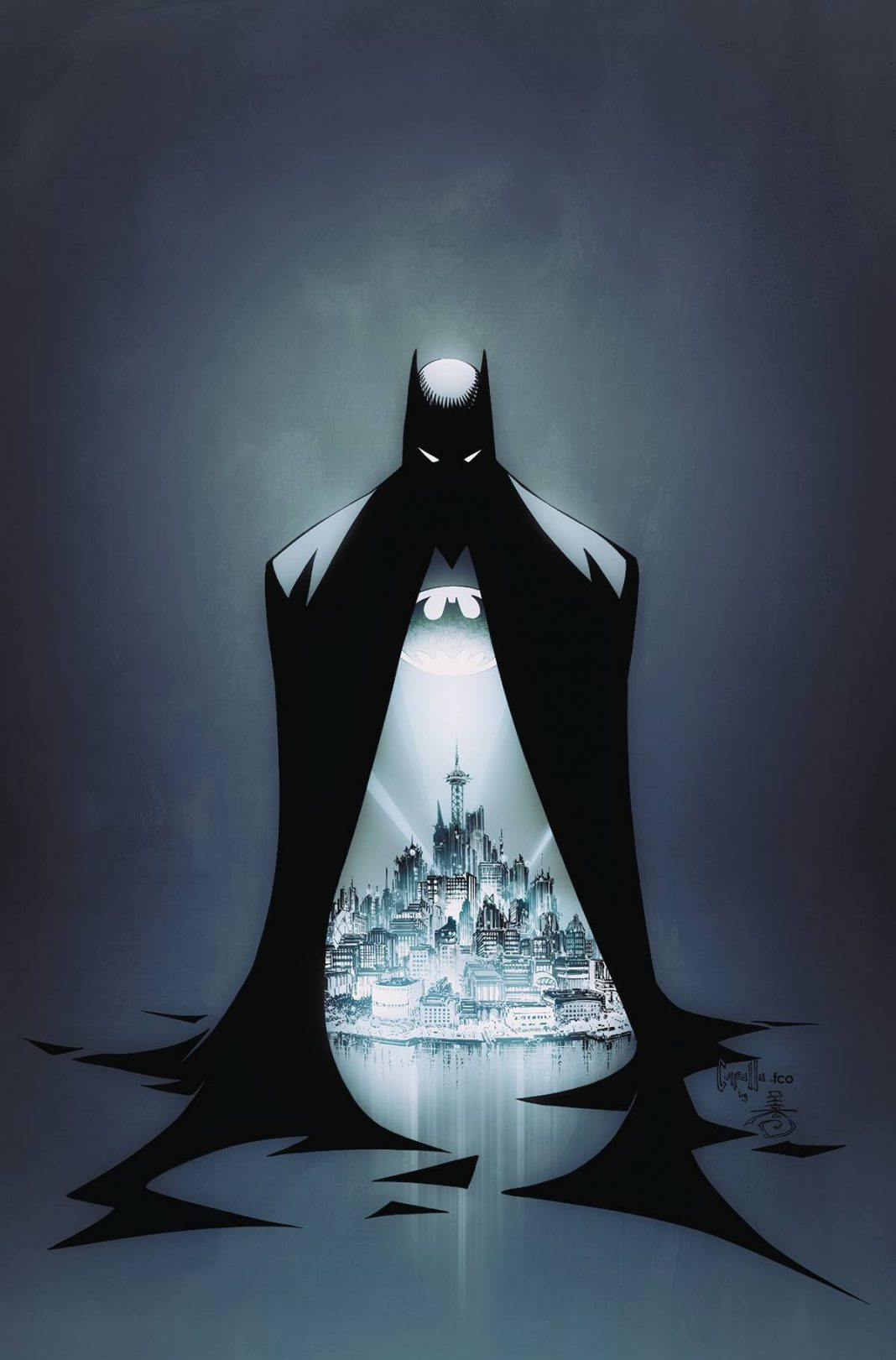 Batman #51 hits the stands this week and, unfortunately, it’s the very last issue featuring the writing talents of Scott Snyder and the dynamic, expressive art of Greg Capullo. This is a rather crappy occurrence, seeing as how their epic run on Batman was nothing short of stellar, and consistently resided underneath the brightly lit, “top-notch” column. These creators took the Batman mythos and force-fed it high octane sweeteners until it blossomed into something more determined and less predictable. Not only did they elevate the once tiresome history, they injected new aspects of post, pre-history which only enriched Batman’s densely packed lore (“Court of Owls”). With their run coming to an end (NOOOO!), our friends at ComicsAlliance had a chance to sit with Snyder and Capullo who talked about their creative, collaborate process and some of their proudest achievements. So, sit back and enjoy as Snyder and Capullo reflect on their epic Batman run in the following, excerpted interview.

Synder and Capullo’s run gets bigger and crazier starting with “The Court of Owls” and continuing through “Superheavy.” They were asked if it was difficult to tap the emotional brakes for a more somber finale.

Scott Snyder: No, I mean [“Superheavy”] was always about pushing things as far they could go, and trying to tell a story that was contemporary, or relevant and personal but doing it in a language that was the most bombastic possible. It was honestly, in some ways, a relief to come back to a grounded and quiet Batman for a bit.

It is strange to shift gears, but when you work with somebody as adaptable and inventive as Greg, and FCO, and Danny [Miki] it’s fun because you start thinking, “Oh man, we get to do something different again!

Every arc, we’ve tried to switch things up. So “The Court of Owls” was a mystery, “Death of the Family” is horror, “Zero Year” is much more action-adventure in its colors and its dynamism. This is one of those, where it’s life after all the stuff we just did in #50, can we do something that’s more of a lullaby, and it was just a joy to watch them bring that to life.”

They were then asked about how their collaborative process evolved over 50+ issues.

Greg Capullo: “Well, in the beginning, I don’t think Scott trusted me very much, because he didn’t know me at all. He was very, very protective of the work he had done and was doing. In the beginning he wanted to control every shot on the table and I was from a background of having complete total freedom, so that was something I was gonna reject.

I think once the trust got established, he started to ease up and was giving me all kinds of flexibility and freedom. If an idea occurred to me while I was reading the script and drawing the story, he’s open to it like, “Oh, that’s a great idea, let’s do that!” So it became a matter of just only caring solely about making the best Batman comic by whatever means we got there.

It wasn’t like my ego was going, “Oh, well I wanna take credit for that;” there’s been plenty of times in other interviews where Scott would mistakenly credit me for flourishes that he had done, because it kinda blends together. We’re not keeping track, we’re not keeping score. It was about, “Wow, we did this, we came up, put our heads together” and we were open to anything as long as it brought anything up a level.”