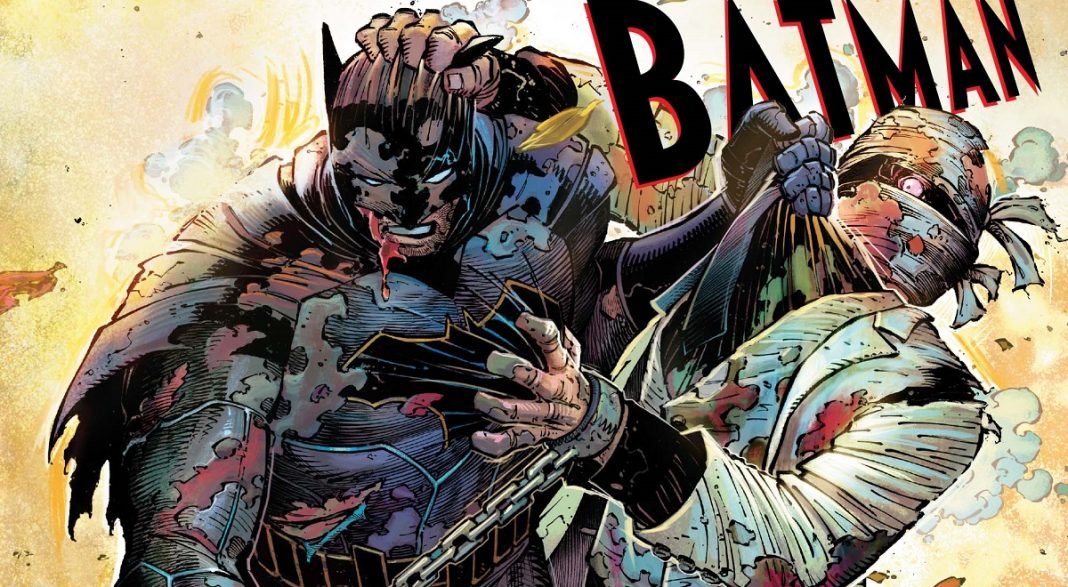 Check out Our Review [WITH SPOILERS] of All-Star Batman #2!

All-Star Batman #2 is like if an issue of DC’s Who’s Who slammed at ultrasonic force into Mad Max: Fury Road. It’s freakin’ glorious.

So for those of you just joining this Bat-train ride, Bruce Wayne is out to cure Harvey Dent of Two-Face, but Dent has threatened to release information about every crook in Gotham City if Batman reaches his destination. So every villain in Gotham is gunning for Batman in a chase that just doesn’t stop. The issue starts out with Batman fighting Killer Croc, King Shark, and Amygdala on a runaway train and just gets brassier from there. Cheshire, KGBeast (now, simply known as The Beast) and a poop-ton of other villains get involved as Scott Snyder sets out to write the most ridiculously awesome, over the top chase sequence in Bat history.

It works. By the holy names of O’Neil and Adams, it all works in a giant action set-piece that doesn’t quit for a single second. Along the way, Snyder presents a thoughtful meditation on the nature of Harvey Dent and his duality and provides reasons for many of the inconsistencies of the villain over the years.

John Romita’s art pulls off the frenetic nature of this story as I can’t really imagine another artist pulling this complex series of badassery off with the same aplomb as Romita. As if all this wasn’t enough, Snyder continues to build the character of Duke Thomas as the young man is really finding his own way in the modern Bat mythos. Snyder and artist Declan Shalvey spike the football with a Duke back-up tale that fills in some of the characterization for this great new hero.

So Mad Max meets Batman with anthropomorphic sharks and crocodiles, master assassins, Alfred and Gordon opposing Batman, and even…Bat-shark repellent? Oh yeah, this issue has it all and should not be missed by any DC fan. All-Star Batman #2 could be used as a textbook for future comic writers on how to write an action comic.