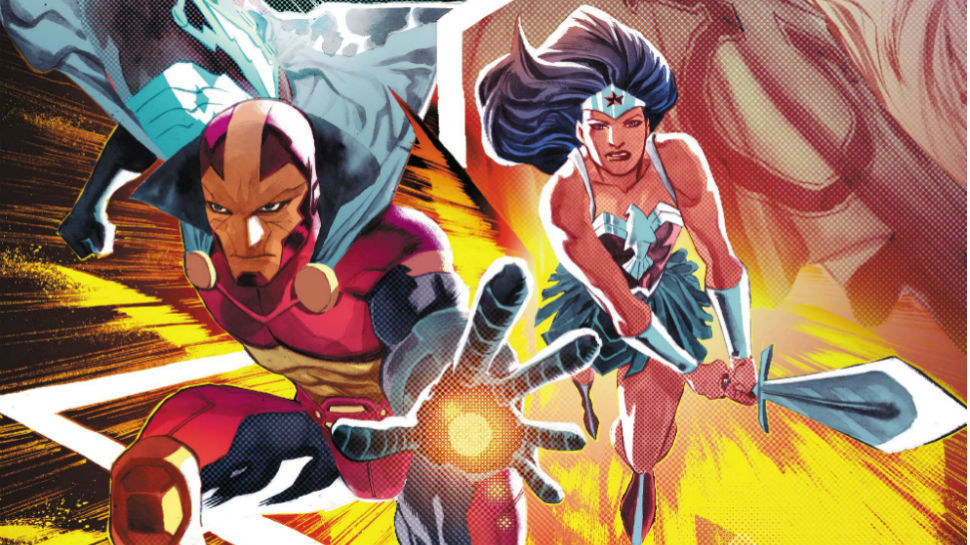 While we’re all coming down from that Star Wars high, here’s your dose of weekly comic reviews that will help you allocate those hard earned comic book dollars. As an aside, it’s another Marvel heavy week, as the House of Ideas keeps on churning out the #1s. Anyway, let’s all hop aboard between viewings of The Force Awakens as we guide you through the last week of new releases.

Well, it seems the Ultimate Universe has come to an end. It seems like a very long time ago that the Ultimate Universe had any relevancy, but that doesn’t change the fact that in the early 2000s, the Marvel sub-imprint was the hottest thing in comics. And Brian Michael Bendis has been guiding the course of the universe since day one. Now, in Ultimate End #5, Bendis drops the mic with the final Ultimate U story and it was a suitable bow to put on the package. The whole story was really a Miles Morales tale. Suitable since Morales and his extended cast seems to be the only thing that will survive the death throes of the Ultimate U. Artist Mark Bagley has been with Bendis since the birth of the Ultimate line and this issue was truly one of his greatest works. This book contained a number of double page spreads with nothing but faces emotionally reacting to the end of a world. The story didn’t work as a sweeping cosmic saga, but I don’t think it was meant to; this was a very personal goodbye to the Ultimate U as told through the eyes of its (almost sole) survivor. Whether this was a more effective epilogue to the Ultimate line or a prologue to Miles’ new book remains to be seen, but rest assured, whatever it was, it was effective.

Miles Morales can be a major player in many Marvel media projects moving forward and this book, one featuring the end of a once great imprint, is the next chapter in the Morales saga. 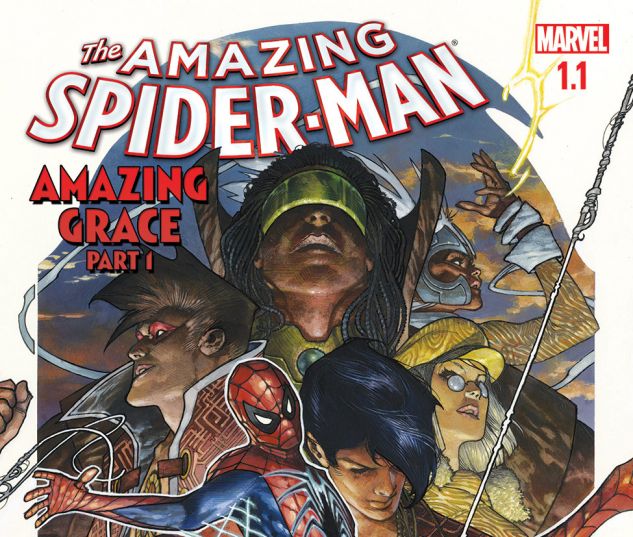 These .1 issues have seemed to become a Spider-Man staple, and while these in-between arcs aren’t really earth shaking, they’ve been of a rather high quality. This latest decimal point joint is written by Jose Molina, a talented television writer who has worked on Firefly, Haven, and Grimm. Well, it is very clear from this issue that Molina knows his way around a comic script as this issue is paced nicely and is loaded with story, humor, and action. Simone Bianchi is one of the most unique visionaries in comics and one look at his frenetic Spidey pages will make one wish for a great deal more Spider-Man in Bianchi’s future. This story deals with the mysterious murder and resurrection of a leading member of a Hispanic community. It also features the return of The Santerians, a group of mystical Latino characters introduced by Joe Quesada way back in Daredevil: Father. Hopefully, Molina has more comic work on the way because, while not groundbreaking, I very much like what I see here.

Big Picture: If Marvel is searching for more diverse characters, The Santerians are made to order and hopefully, before this run is over, Molina and Bianchi will position this Latino super-group for future Marvel appearances.

Man, I really wanted to like this. James Robinson is one of my favorite writers in comics and I absolutely adored his new take on the Scarlet Witch from a few weeks back. Leonard Kirk is probably the most underrated artist in mainstream comics and I still have fond remembrances of his work on JSA for DC Comics. I love all the incarnations of the Squadron Supreme, beginning in the 1980s with Mark Grunewald’s Watchmen-like take on the alternate reality team to Marvel’s smash hit MAX series from the 2000s. This book had so much going for it; it couldn’t possibly go off the rails, right? Wrong. This book is a confusing and mean spirited mess that reads like a petulant 90s Image comic. There is no attempt to explain who the obscure characters featured in the book are or what motivates them and the plot sees the needlessly cruel death of a Marvel mainstay that was more shockingly violent that it was poignant. There is no sympathetic or relatable character, just a bunch of angry people in costumes posturing and yelling. The only saving grace of this new book is Kirk’s note perfect art. The man just gets better with each panel and his art brings a much needed energy to this boorish exercise in excess.

I have faith that James Robinson will right this ship. The inclusion of characters he explored so wonderfully in the late and lamented All New Invaders is a great sign that this book will soon be more than a sinus headache-causing punch ’em up.

Now, this is more like it. Starbrand and Nightmask #1 is a fresh take on some relatively unexplored heroes in a grounded setting. This new series is brought to be you by the genius that has presented some of the greatest animated series of the past 25 years, Greg Weisman. Mr. Weisman was responsible for Gargoyles, Spectacular Spider-Man, Young Justice, and Star Wars: Rebels; it’s truly fascinating that a creator of this magnitude would turn his attention to some of Marvel’s more obscure heroes. Thankfully, Weisman makes it work establishing a tone of humanity with a dash of weirdness, making this new series a unique and worthy experience. The only problem is, Damo Stanton renders all the characters like they’re eleven years old. This sort of thing might work in a book like Ms. Marvel, but here, I found it especially distracting. In the pages of Avengers, Nightmask was specifically drawn like an adult and this transition to such a youthful looking character just doesn’t work.

Big Picture: It’s nice that some of the characters and concepts that Jonathan Hickman introduced into his Avengers run are making it into the post –Secret Wars era of Marvel. Weisman is such a talent that this book will be a blast to follow.

Jason Aaron’s Weirdworld was one of the true delights of Secret Wars. Like the Savage Land, Weirdworld could be a great ‘hidden realm’ type of thing for Marvel. Without Aaron onboard, I was afraid that the Weirdworld monthly would lose something, but Sam Humphries presents his own unique take on the patchwork world making this series a blast to read. This is thanks in part to Mike Del Mundo, the original Weirdworld artist, who remained on the book to keep some consistency.  This new Weirdworld forsakes Arkon as the protagonist and introduces Becca Rodriguez, an ordinary girl caught up in the wonderful Ralph Bakshi awesomeness of Weirdworld. Humphries populates his world with plenty of memorably strange heroes, although the book could use a smidge of some established Marvel characters, giving Marvel loyalists a landing strip in which to enter this series.

Big Picture: You just have to admire Marvel’s willingness to explore a unique genre and support a project this strange. Let’s see if the market is rewarding.

Let’s end things with a DC offering. With “The Darkseid War,” Geoff Johns has entered that rarified epic air of “Sinestro War” and some of his Flash and JSA work. This is a reverent representing of Jack Kirby’s New Gods characters with enough of a modern twist to differentiate from the past. Johns and Manapul make this one feel very big and important, and the book is some of the best material DC is producing right now.

Big Picture: If Darkseid pops up in Batman v Superman: Dawn of Justice, this book could be the perfect companion piece for that excitement. This story arc should serve as the arrival of The Fourth World into the New 52 for a long time to come, and does Mr. Kirby proud.