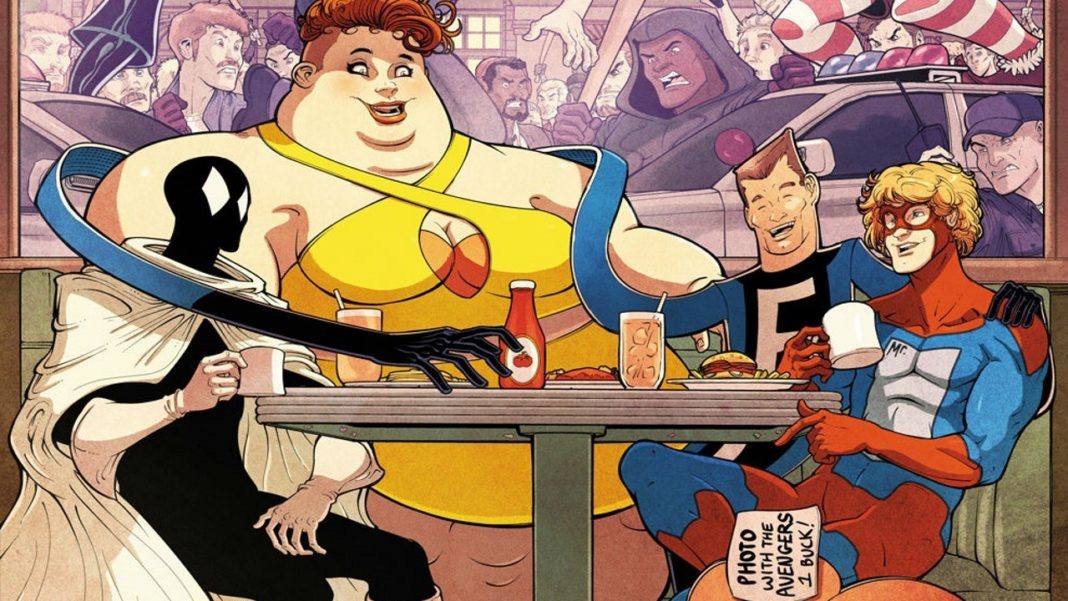 Courageous, noble, and powerful — these are a few words we use to describe some of our favorite superheroes. With their amazing wits and abilities, they saved the day time and time again. Problem is, for every A-lister, there’s bound to be a B or even C-lister. Some are pretty underrated while most are…well…pretty terrible. Cowardly, selfish, and even sometimes weak, there’s no denying that the following “champions of goood” are the ten lamest superheroes of all time.

Did you ever think Marvel would create a superhero trucker? Ulysses Solomon Archer (yes, his name spells out USA) fights crime on the road with a souped-up truck and trailer! Think the Mach 5 from Speed Racer, but not as cool. Oh, and he uses a cyborg skull to pick up CB radio transmissions.

As silly as “superhero truck driver” sounds, US 1 manages to crank that up to eleven. His supporting cast is littered with people who are named after truck/driving puns and his villains are equally odd. What sends it over the top are the bizarre gadgets in his truck, which, by the way, allow it to travel through space on occasion. Hmmmm. I wonder how efficient the gas mileage is on US’s space-faring big rig???

If you ever meet Sixpack of Section 8, he’ll tell you many stories about how great a superhero he is. In reality, he’s nothing but a fat drunk! Sixpack only has one ability, and that’s to always be drunk. The only thing that makes him a threat is that he swings around broken bottles as his weapons of choice.

To make things worse, his inebriation has deluded him into thinking he’s one of Earth’s greatest heroes. Sixpack may be many things, but the word “great” doesn’t accurately describe him. Say what you want about the rest of Section 8 — at least they had powers!

Earth, fire, wind, water, and heart! With those powers combined, they create one of the lamest superheroes ever. Called upon by the equally lame Planeteers, Captain Planet is something of an environmentally friendly Superman.

A product of bad 90’s TV, Captain Planet comes complete with annoying catchphrases and loads of bad puns. Admittedly, Captain Planet is powerful, but every Superman has his Kryptonite. Captain Planet’s is pollution, which is kind of a problem since that’s really easy to find! As you’d expect, the villains exploit this weakness often, which means the Planeteers have to save him every time. Yeah, when you make the Planeteers look like better superheroes, you’ve messed up big time!

This one is exactly what it sounds like. 3-D Man was exposed to alien radiation that imprinted him onto a pair of glasses. When someone put them on and focused, 3-D man would be summoned to save the day!

Despite his many abilities, his weakness was how ridiculous the concept was. Other than actually living in 3-D glasses, there was his really obnoxious costume. Not to mention he could only be around for three hours at a time, which meant he had to check out in the middle of an adventure if it ran too long!

His only accomplishment was identifying Skrulls during Secret Invasion…and that’s about it. But give him some credit — he managed to stick around despite that. A lame idea that was probably doomed from the start, you won’t be seeing a 3-D Man movie anytime soon.

While there’s been a few versions of the Black Condor, the original was probably the worst. Richard Grey Jr. survived an attack that killed his parents, and was then found and raised by a condor! For some strange reason, this gave Richard the ability to fly despite not being a bird or having any wings. Using his strangely convenient ability, he left his nest to fight crime!

Black Condor probably would’ve been your average WWII-era superhero if not for his extremely goofy origin. Other than that, he’s pretty unremarkable. The character popped up here and there but has never been a fan favorite. Is it any wonder this character got rebooted twice?

You know, I’m starting to think most of the Legion of Superheroes are completely ridiculous.

Matter-Eater Lad is pretty out there, but you have to be a new kind of useless for the Legion to reject you. On that note, meet Color Kid! Why does he call himself that? Because Color Kid’s power is to change the color of any object! That’s almost like being powerless, to be honest.

Rejected by the Legion, Color Kid was able to join the Legion of Substitute Heroes, a group filled by rejected Legion applicants. While the other members may be hopeless, Color Kid wears the ‘king loser’ crown. His power does literally nothing to help and would probably give him a better career in the fashion world. Let’s just hope he doesn’t design more superhero costumes.

It must be tough to be a mutant, with all the hate they get. It must be even harder when their abilities only work in specific situations. Cypher of the New Mutants probably knows that better than most! Cypher has the ability to translate any language, earthbound or not. Granted that it’s been a little helpful sometimes, Cypher’s abilities are worthless at any other moment. He may be a good strategist and best friends with Warlock, but that can only get you so far. It makes you wonder why he was allowed to join the New Mutants in the first place.

You know, it’s a bit annoying when someone constantly tries to point out your faults. It’s a good thing there isn’t a superhero that does that…right? Unfortunately, that’s exactly what Hindsight is.

Carlton LaFroyge was a guy who discovered Speedball’s secret identity. Using this info, he blackmailed the hero into letting him join the New Warriors under the name “Hindsight.” Other than being an annoying little jerk, Hindsight acted as the team’s strategist, much like Cypher. Unlike Cypher, Hindsight was only good at pointing out things that went wrong (hence his name).

You remember Captain Hindsight from South Park? He was like that, except not as funny. He was supposedly very smart, but instead of helping the New Warriors make a plan, he’d tell them how they screwed up! Outside of that, he was a pretty useless teammate with an obnoxious personality.

Eventually, Hindsight went nuts and turned on his old team, revealing their identities and threatening its members online. Now, the poor crazy-pants just sits at home and writes weird conspiracy theories about the Marvel heroes. A worthless hero nobody wanted around who wound up becoming an internet troll — a truly tragic end!

The name really says it all, doesn’t it? Very few can top the kind of lameness that Skate Man brings to the table.

So, Billy Moon was a martial artist and Vietnam veteran who got into….uh…roller derby. When his friend was killed by bikers, he decided to become a superhero! So, did he use his soldier training or martial arts? Nope, he decided to fight in roller skates instead!

Do I need to say anything else? Skate Man was actually so lame, he only featured once and was never seen again. Even though he wasn’t around for very long, Skate Man is one of the worst superheroes in history!

Say what you want about the other entries on this list — at least they try to do good! Unfortunately, the same can’t be said for the Great Lakes Avengers.

The team is made up of idiots and losers, so they’re not great in a fight. When they’re not getting their butts handed to them, they’re mostly sitting around doing nothing.

The GLA reached out to just about everyone in the Marvel Universe, only to be rejected. Squirrel Girl was once a member, but quit since she was doing all the work. Lazy, incompetent, and not even real Avengers, the GLA has to be Marvel’s lamest superhero team.

Think I missed one? Who do you think is the lamest of the lame? Let me know below!! 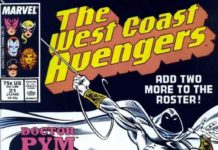 Five of the Most Underrated Superhero Teams! 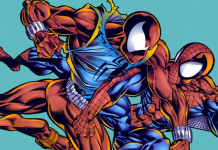 UPDATED: Thirteen (previously eight) of the Worst Comic Book Storylines That Punched Fans in the Gut! 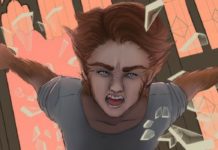 Who Is Wolfsbane? Five Facts About Maisie Williams’ X-Men Character