Home COMICS There’s A Frog Thor, And Here’s Why He’s Worth Knowing About! 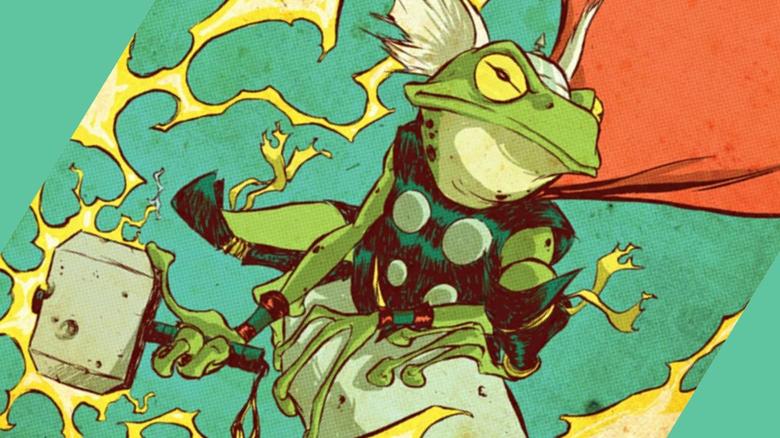 Move over, Baby Yoda—you’re not the only Disney-owned green cutie around here. Tiny and oh-so-green, the Amphibian Asgardian is pretty cute too—plus, he’s got the power of the God of Thunder to boot.

The explanation is pretty simple: Loki turned Thor into a frog. That’s it, really. He’s still adorable though, so props to the God of Mischief for that. And who’s to say we won’t find Throg in the Marvel Cinematic Universe anytime soon? In Thor: Ragnarök, Loki was masquerading as Odin and Thor caught him in the act. They had a funny little exchange after the stage play, but sharp fans will probably notice a tiny part of the conversation where they talked about that time Loki turned Thor into a frog, which is comic book accurate indeed. 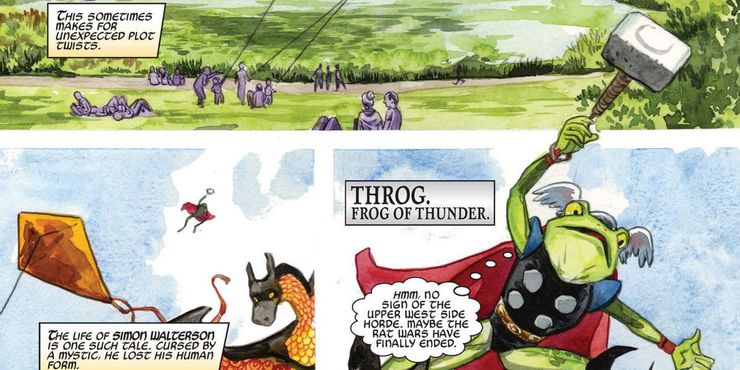 Thor the Frog may be a hilarious concept, but he’s actually very, very real. In Thor #363, a hypnotized woman kissed Thor under Loki’s magic, and so began his misadventures as the Amphibian Asgardian, including one where he fought off a rat that wanted to eat him. This eventually led him to being the hero of Central Park’s frogs, because why the heck not.

Now, before you dismiss this as nonsense, Thor was actually doing a noble thing, as expected from the Odinson. Because the rats were planning on polluting the reservoir of the frogs with rat poison, he decided to help the amphibians by leading alligators from New York’s sewer system to devour the army of rats in Central Park. Okay, so that outcome wasn’t exactly too kid-friendly, but he did get the job done, even as a little froggy.

Eventually, one of the frogs that Thor befriended named Puddlegulp started showing up in Thor’s Asgardian garb complete with a miniature Mjolnir. He was actually a human named Simon Walterson who got transformed into a frog because of a run-in with a magic caster. All he ever really wanted was to be able to speak to his wife who passed away one last time, and when he found a witch who helped him do just that, he unfortunately couldn’t pay the fee for her services. As punishment, the witch cursed him and transformed him into a frog. 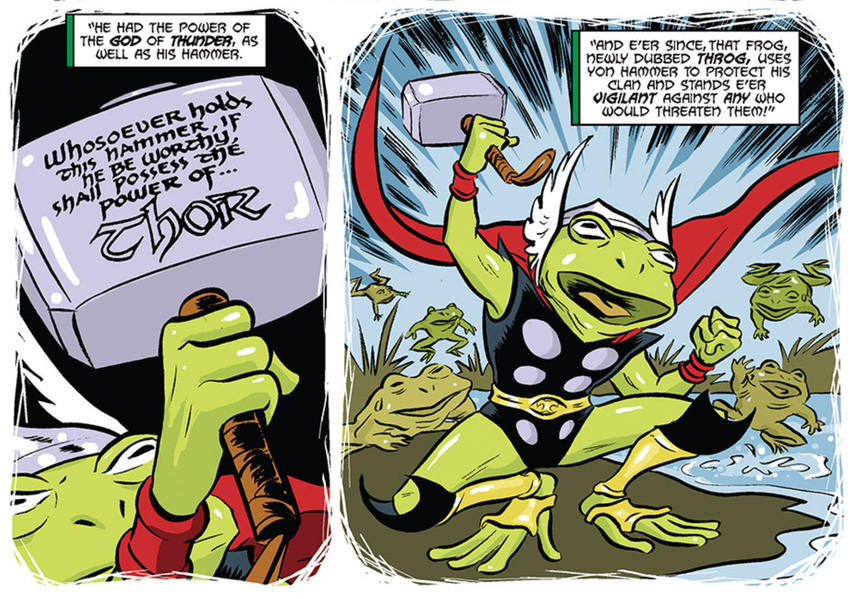 After the whole adventure with Thor and the rats, he used a sliver that was chipped from Mjolnir, struck it into the ground, and became the Frog of Thunder, wielding his own Frogjolnir. This new Throg eventually went on a noble mission to protect the Infinity Stones from Thanos, so could this be something that the MCU might adapt some day? We certainly hope so.

After all, Thor: Love & Thunder may just feature Beta Ray Bill, so anything is possible—including an adorable little amphibian with a penchant for lifting tiny hammers and besting evil rats in Central Park.

Do you want to see the Frog of Thunder’s live-action adaptation on the big screen soon? Let us know your thoughts in the comments section below!