Home MOVIES Editorials 5 Reasons Why You Should Join Team Cap 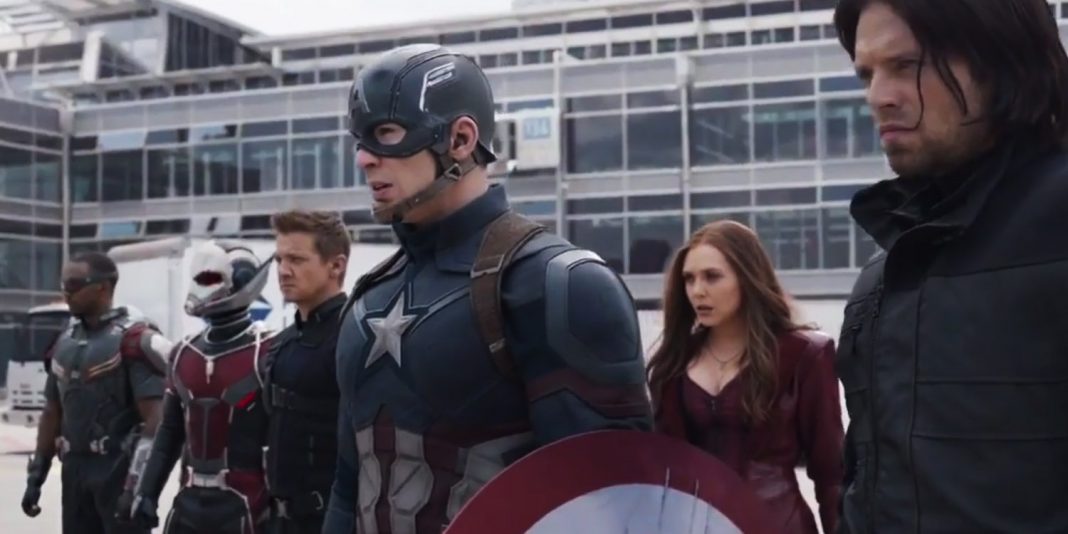 Who will win the war? The Star Spangled Sentinel or the Iron Avenger? Captain America: Civil War is coming to theaters this May and the hype for it grows each and every day. With both Captain America and Iron Man having the fan-following that they do, it does raise a very significant question: “Whose side are you on?” If you’re thinking Captain America is the team for you, then you’ve come to the right place. Grab your shields and American flag super-suits as we look at the 5 reasons why you should join Team Cap!

We all remember that Bucky is the Winter Soldier and that he was brainwashed by Hydra to do their bidding, but the fact of the matter is that Bucky is innocent. Recently, Bucky has broken free of his memory-wipe and regained his lost memories, but that won’t stop the authorities from hunting him down. Add Iron Man and his team to the mix and suddenly things look way worse for poor Bucky. Good old Captain America sees the good in him though, and will fight to protect his friend and prove he’s not the monster others consider him to be. Fighting on Cap’s side isn’t just fighting for the fate of costumed crime fighters everywhere, it’s for fighting to save an innocent man from a grim fate.

Superheroes should be held accountable for their actions on some level; that’s not what’s in question. The government controlling the operations of heroes makes sense at first, but it may not take long until it gets out of hand. In the Marvel Universe, the U.S. government was trying to turn the Hulk into a weapon, and now they’ll have Iron Man and all who follow him as….soldiers? Sure, right now they’ll have them fight and arrest rogue heroes, but once this Civil War is over, will they have them attack enemy countries next? Needless to say, since they’ll have that control over the superhero community, they’ll have a lot of power at their disposal that some may try to use poorly. After all, absolute power corrupts absolutely.

Sure, Team Iron Man has Spidey on their side, but Team Cap has got their own secret weapon in the form of the one and only, Ant-Man! Now some of you may be thinking, “Ant-Man? Pssh, all he does is shrink, what’s so great about that?” But despite his size he actually packs a big punch. Ant-Man also makes the perfect spy for Captain America’s team, since he’s almost invisible to the naked eye which makes it easy for him to gather information. Oh, and he’s shown to be quite capable against arguably stronger foes. Best of all, Scott Lang is just a fun guy to be around; a cheery face among all the seriousness. So don’t judge Ant-Man just on his size alone, because he’s definitely more than he seems.

Tony Stark is one of the smartest people on the planet, and the evidence speaks for itself. However, that doesn’t mean he can’t make mistakes. While he is doing what he’s doing for the right reasons, some of the worst things can come from good intentions. Let’s also not forget the last time Stark tried to protect the world using a different method; he ended up creating Ultron who nearly destroyed all of humanity (great job on that one, Tony). Iron Man may be a genius, but he just might be on the wrong side this time around.

At the end of the end of the day, it all comes down to who the better leader is, and who better to lead a team of heroes than the leader of the Avengers himself? Captain America is just plain awesome; he’s fought through World War II, has fought through waves of enemies without breaking a sweat and he once took down a helicopter with only his skills and his shield! Not to mention, the guy’s as American as apple pie, baseball, and baseball-themed apple pie, so if he’s disagreeing with what the government is doing you better believe it’s for a good reason. If there’s anyone who can convince you to fight against impossible odds, it’s the same man who makes a habit of overcoming the impossible: Captain America!

So whose side are you on? Are you convinced to join forces with Captain America or is Team Iron Man more to your liking? Let me know below!