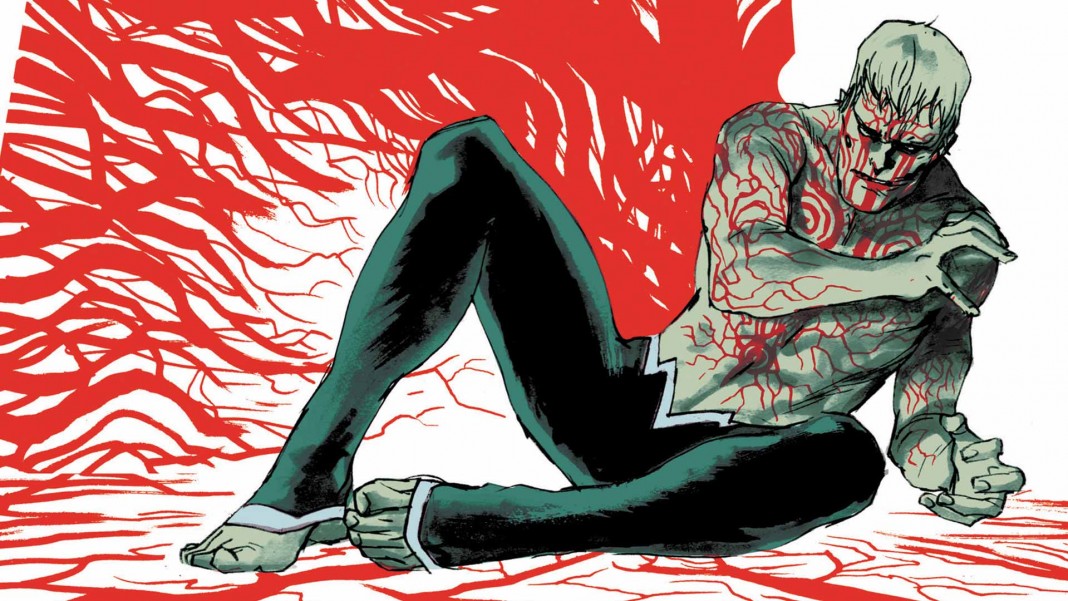 So thanks to Deadpool, R-rated superheroes are now a thing. In truth, since the days of Watchmen and Dark Knight Returns, ‘working blue’ and super-heroics have gone hand in hand, but the rest of the Muggle world is now learning what comic fans already knew; superheroes work with any rating. Since Deadpool made a gazillion dollars, it seems like every day we learn about a new rated-R superhero project. Well, if this is going to be Hollywood’s newest obsession, there are plenty of great properties to choose from. So grab a cold one and a shiv and join us as we indulge in some rampant speculation and offer Hollywood our list of potential R-rated superhero films.

It is no exaggeration when I say that Warren Ellis and Mark Millar’s The Authority changed comics. Starting out as Stormwatch, The Authority featured gay versions of Superman and Batman archetypes to go along with the kickass, thematically edgy super-beings that made up this very proactive team of super-beings. The team’s mission was to save the world and they were as self-sacrificing and brave as any of their contemporaries. But the edge that first Ellis – and then Millar – brought to this property set a standard in modern comics for visceral superhero action. Many of these characters are still around, kicking ass and taking names in DC Comics; a film version of this team would give the world a deep look into the brutal and often times humorous world of a band of superheroes that truly pull no punches.

Speaking of kicking ass, we have Garth Ennis and Darick Robertson’s  The Boys, a series that featured gory, hilarious, superhero action that would make Wade Wilson blush. The Boys’ mission was to keep the world safe from out of control superheroes, and guess what; most superheroes in The Boys world were completely out of control. From pedophiles to genocidal madmen, The Boys went up against every super-parody you could imagine and more often than not, the fighting men and women of The Boys would insert something unpleasant into the heroes’ spandex-clad rectums. Wee Huey, the star of The Boys, was drawn to look exactly like geek acting icon Simon Pegg, so you have a ready-made star for this raucous journey into satirical superhero mayhem. With nudity, lots and lots of nudity. Seriously though, thanks to the coming of AMC’s Preacher, writer Garth Ennis is going to be red hot. So, Hollywood may come a calling for some of Ennis’ other fantastic works, and The Boys is one of his best.

Listen, the rated-R superhero film didn’t start with Deadpool. On the contrary, violent and risqué superhero cinema began with Blade. In fact, the modern era of superhero cinema began with this daywalking vampire killer. The modern comic book fan owes so much to the Blade franchise, so now that Rated-R superheros is a thing again, perhaps it’s time for Blade’s triumphant return. And guess what? Blade is once again back in Marvel’s hands so he can be part of Marvel’s Cinematic Universe. Now, I know Marvel recently said they’re not in the rated-R business, but by bringing Blade back, Marvel opens the door for every one of its horror icons. Marvel rules superhero cinema and with Blade, it could have an easy transition film to use as a way to create a rated-R platform for Morbius, Man-Thing, Ghost Rider, Son of Satan and so many more. So let the rated-R bloodletting begin!

And you thought Deadpool was morally ambiguous. Parker Robbins was a career criminal who was down on his luck. When Parker found a mystical cloak of power, he discovered that with great powers comes great opportunity and took over the Marvel criminal underworld. What followed was a visceral, brutal crime story unlike anything the Marvel Universe had ever seen. Listen, The Hood was written by Brian K. Vaughan, the same genius that gave the world Y, the Last Man and Saga, so Marvel could certainly do worse than mining Vaughan for a rated-R film franchise. With Doctor Strange ready to arrive in the Marvel Cinematic Universe, it’s a perfect time for other mystical franchises to join the good doctor. The Hood is just such a story, a perfect melding of horror, magic, and crime that could be something very different for Marvel fans.

Deadpool saw the rise of the satirical adult hero, but with Animal Man, DC could usher in the rise of the horror hero. Animal Man was once a relatively unknown traditional superhero, but under the auspices of one Grant Morrison, Animal Man was transformed into the star of one of the greatest horror tales to ever grace a mainstream superhero comic. Not only could Animal Man bring a very different point of view to the burgeoning cinematic DC Universe, but it would also allow DC to mine some of that Grant Morrison brilliance. Imagine Animal Man, with his power to tap into the abilities of any animal on the planet, using his abilities to fight the beasts and monsters that make up the horrific underbelly of the DCU. Sounds good to us.

And you thought Deadpool was wacky. Imagine a whole team of Deadpools; that’s Marvel’s Nextwave: Agents of HATE. Nextwave was a Tex Avery cartoon by way of the genius of Warren Ellis and Stuart Immonen dumped right into the middle of the Marvel Universe. All that ultra-violence and wackiness that people fell in love with in Deadpool was totally front and center in Nextwave. For those not in the know, the Nextwave team consisted of Photon, Elsa Bloodstone, Boom Boom, Machine Man, and a new hero known as the Captain. Now, fans have been chomping at the bit to see some of these characters incorporated into the Marvel Cinematic Universe, so Nextwave could be that chance to witness Machine Man and Monica Rambeau kick some ass and bust some heads. Deadpool showed the world that in your face superhero comedies work, and nothing was more in your face than Nextwave.

Hey, it’s that Garth Ennis fella again. Truly, Hitman is the closest thing DC has to a character like Deadpool. He’s not as lovably goofy as Wade Wilson but the world of Hitman – aka everyone’s best friend and trained assassin Tommy Monaghan – is every bit as over the top violent as Deadpool’s. And what a supporting cast! Other than the gun-for-hire Hitman, you have Tommy’s BFF Nat the Hat, the demonic bartender Baytor, and the most insane group of superhero misfits ever to hit a comic page, Section 8. Seriously, one of the members of Section 8 is Dog Welder, a dude that welds dogs to his enemies’ faces. And you thought a chick named Negasonic Teenage Warhead was over the top? But seriously, just like Deadpool, Hitman may have been in your face, but it also had a giant heart and really engaging themes of loyalty and friendship. Plus, Hitman and his crew fought zombie dolphins so that’s like a license to print money, right?

This one has been rumored for years since Lobo is probably the most violent character in mainstream comics. Heck, man, the dude once killed Santa Claus; that’s all sorts of messed up. Lobo’s name means He Who Devours Your Entrails and Thoroughly Enjoys It and he murdered his entire race. How’s that for hardcore? Lobo could tie into the current slate of DC films and could be a refreshing satirical take on both superheroes and sci-fi. Plus, Lobo should strike the same chords as Deadpool, except without all that lovey-dovey stuff. No love story here as the only thing Lobo cares about is his space dolphins. Hey, there’s a way to tie things in with Hitman– dolphins! But for real, Lobo could be parts rated-R Deadpool fun and part Guardians of the Galaxy space farce. But with viscera- lots and lots of viscera.