Home MOVIES The Cast and Crew of Civil War Celebrate Premieres Around the World! 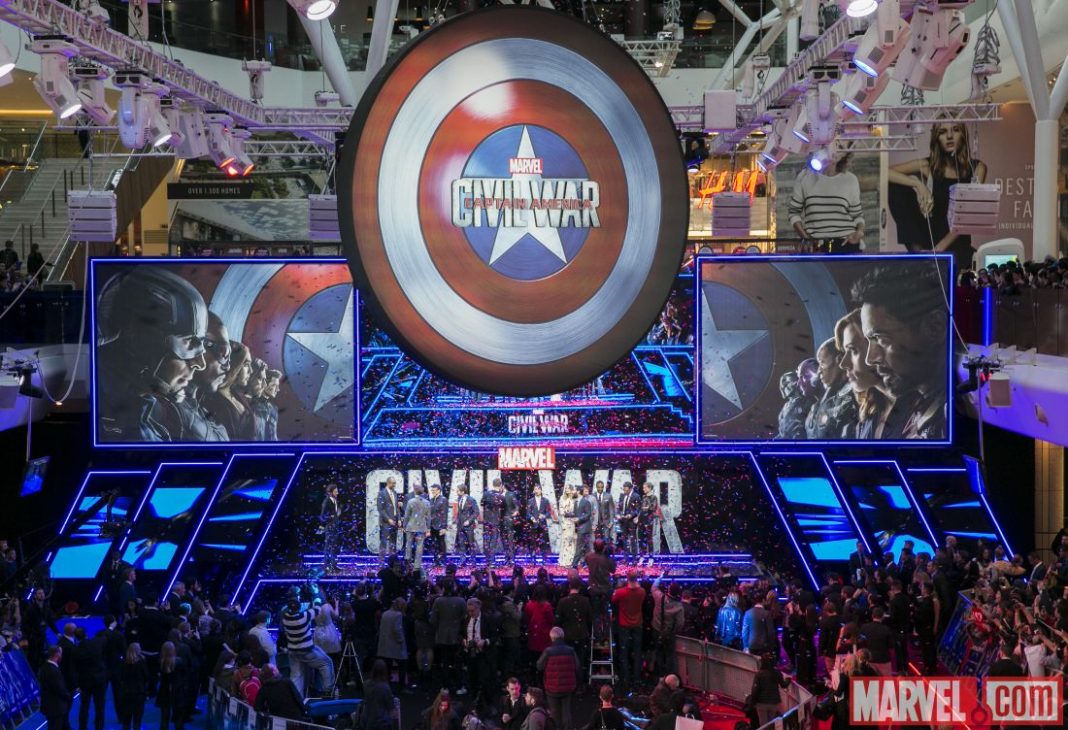 Captain America: Civil War is currently debuting all over the world, and each spectacular premiere is accompanied by the equally spectacular, beloved cast and crew of Civil War! So, the cast and crew of Civil War celebrate premieres around the world, and our good friends at marvel.com helped us break down the relentless, star-studded, Captain America: Civil War promo-train that knows no borders and runs on dreams (ouch!).

On 4/19, Team Cap headed to the Beijing Captain America: Civil War premiere.
Check out the photos below of Director Joe Russo and actors Chris Evans, Anthony Mackie and Sebastian Stan!

On 4/23, Team Iron Man headed to Berlin while Team Cap stormed Singapore to celebrate their respective Captain America: Civil War premieres. Check out the photos below!

On 4/26, both teams converged on London’s Captain America: Civil War premiere. Everyone was civil and no one displayed a flagrant use of unchecked super-powers. Check out the photos below!