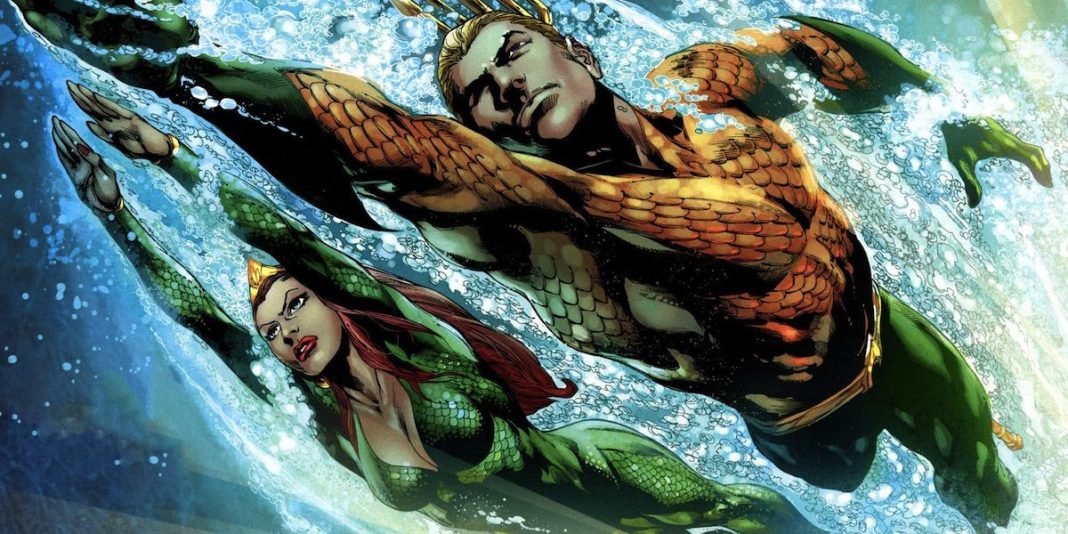 Director James Wan, whose credits include Furious 7 and The Conjuring 2, will be helming the first filmic adventure of DC’s “King of the Seven Seas,” Aquaman. Yep, he’ll be directing the live-action iteration of Aquaman starring Jason Momoa as the titular ruler of 71% of our void-tumbling planet Earth. In an interview with our good friends at Uproxx, Wan confirmed discussions with Warner Brothers regarding potential DC projects as far back as The Conjuring’s first installment. Now, even though Wan is linked to the forthcoming Aquaman film, he mentioned those initial discussions weren’t specifically for Aquaman. In fact, amidst those very early discussions, he was granted a choice between Aquaman…and the Flash. “They asked me which of the two characters I’d be interested in and it was between The Flash and Aquaman,” stated Wan. Now, we all know James Wan chose the Aquaman movie, but why? Why did he choose Aquaman over the fleet-footed Scarlet Speedster?

“This is how I weighed it: For me, we’ve seen various versions of The Flash. There’s a popular show on TV and there was a great one in the ‘90s. I loved that Flash!

The thing that ultimately pushed me more towards Aquaman is I love the possibility of creating a whole new world. I’ve always wanted to do a world creation story and visually create this amazing, incredible, magical kingdom. And also, I love the fact that Aquaman is an underdog character. I love the fact that people like to make fun of him. [Laughs.] I feel the bar is a lot lower and I can have fun with him! Everyone makes fun of him! And I actually don’t mind that! What it allows me to do: I think people are a lot less precious with him than, let’s say, you were doing a Spider-Man or a Batman or whatever.”

Wan continued, “I felt like it allows me the freedom to just tell the story of the character I wanted to tell. And I think what I proved for myself with Fast and Furious 7, how I took on this massive movie and I was able to overcome the tragedy that befell the production – I think it really proved to everyone I’m capable of doing more than just horror movies.”

The man is passionate about the project and will overcome significant studio turmoil in order to make the film work. This is the guy we want behind DC’s first crack at an Aquaman film.