Home MOVIES First Reactions to Civil War Are In! The Consensus? Well… 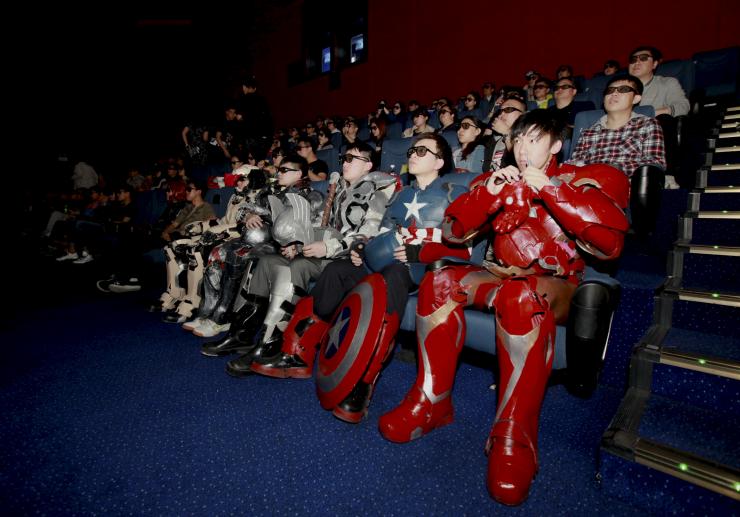 ….it’s pretty unanimous: the first reactions to Civil War are almost completely and unabashedly awash in glowing positivity! Sure, a few critics mention some minor issues and offer a subtle detraction here and there, but overall, Captain America: Civil War seems to be the cinematic superhero film of the g-darn decade!

This past Friday – that being yesterday – Marvel Studios held its very first critics’ screening for Captain America: Civil War, and after the social media embargo was lifted, these very same critics suffused their twitter accounts with the following, UPLIFTING, excerpted reviews:

Mike Sampson (Editor in Chief at ScreenCrush) wrote, “Captain America: Civil War is so good, it’s a better Avengers movie than the last Avengers movie. I’m trying not to talk about Civil War by comparing it to BvS, but it’s hard. It succeeds because it’s exactly what that film is not: FUN. The big battle scene in Civil War is an absolute blast. Spider-Man, as you’d expect, steals the show. Ant-Man, as you might not, a close 2nd. Civil War and BvS tackle some of the same themes and have similar beats, yet Cap works because we know and care about these characters.”

Devin Faraci (BirthMoviesDeath) wrote, “First things first: we finally have the perfect Spider-Man and the greatest Peter Parker. Next: Black Panther is incredible. Boseman plays him as both regal and full of rage. The most serious character in the film. The movie is bigger in scale than WINTER SOLDIER but is so much more personal. The stakes are incredibly emotional. You have only seen 1% of the airport fight. The action is incredible. There’s a staircase fight that turns into a chase that’s an all-timer. Finally: the last fight between Steve and Tony is unlike anything you’ve seen in a Marvel movie. They’re both right. You just want them to stop fighting. It packs a serious emotional punch. I lied. One last last thing: this movie plays like a repudiation of BATMAN V SUPERMAN. A devastating reply.”

Steven Weintraub (Editor in Chief at Collider) wrote, “CAPTAIN AMERICA: CIVIL WAR is literally going to make all the money. CAPTAIN AMERICA: CIVIL WAR is a Barry Bonds steroids hitting home-run by Marvel & Russo Brothers. And I LOVED Spider-Man in the film. LOVED. Chadwick Boseman is fantastic as Black Panther. Can’t wait to see his solo film. He absolutely nailed the role. CAPTAIN AMERICA: CIVIL WAR has such incredible action set pieces because you care about the people fighting. It’s not just punching bad guys. For press screening they don’t show any trailers. We did see one after the credits scene but Marvel usually holds the final one for release.”

Here’s one with a few mild reservations (not completely aglow):

And now, one that teeters on being negative without ever truly falling into negative-land existing on the less positive side of the brightly lit opinion demarcation:

Jim Vejvoda (IGN) wrote, “I have to admit it. Captain America: Civil War a letdown after the high of Winter Soldier. It’s a better, smarter version of BvS. Zemo is another wasted Marvel villain whose scheme is, while not as crazy as Lex’s, isn’t much more coherent or less convoluted. Big airport brawl is great fun & Civil War sort of limps to the finish line after that. Panther is very cool. Want to see more of him too. But I think between this & BvS I’m done with being reminded of superhero battle collateral damage. We’ve dealt with it. Unsure if ppl will find Cap 3 as fun as trailers sell it. Tony was far more morose than I expected. Parts of movie work better than whole. Spider-Man is both the best & most expendable part of Civil War. I want to see more of him. Civil War is not a bad film at all. But it’s not the great movie I’d hoped it would be. It’s a good movie with many OK & a few great moments.”

So, not all reviews are immaculate, but a good number of them are. And those that decried its possible perfection still managed to enjoy themselves.

Now, glowing reviews from a premiere are not always the dependable, portentous symptoms of future box office success. If you remember, the initial reviews for Batman V Superman were damn near glorious and look how that turned out.

So, ready for Captain America: Civil War? I already was, but now? Now I’m currently salivating on my keyboard.