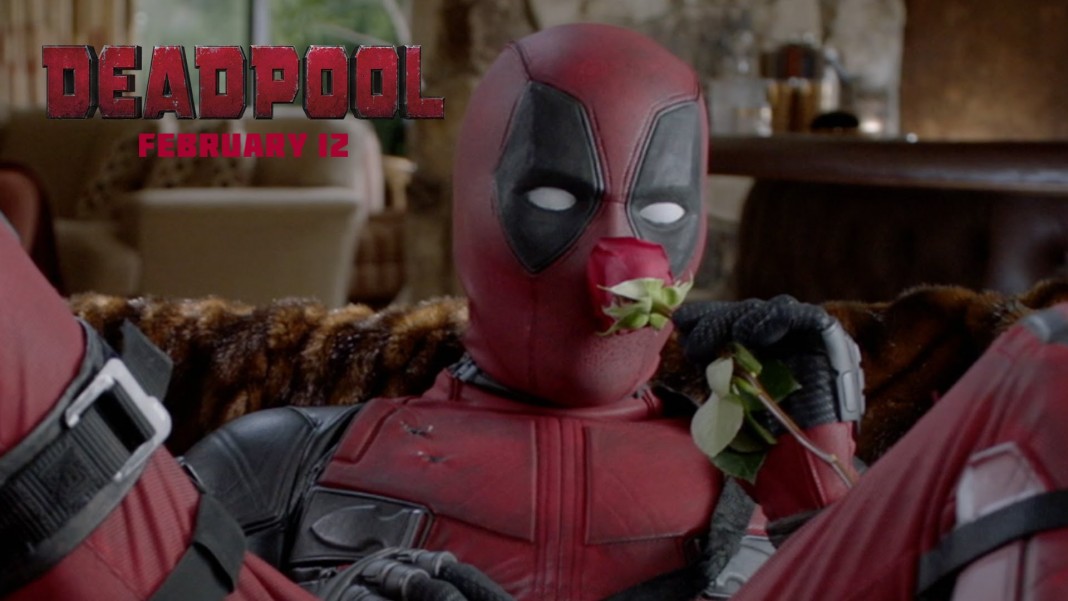 Check out this recently released Deadpool TV spot featuring a lounging, lovelorn Deadpool partaking of a rose’s splendorous aroma while likening his ostensible superhero film to a…uh…’love story.’ What? Yes, a love story. Don’t believe me, then check out the TV spot below, and the conveniently excerpted Deadpool dialogue below the below.

Never judge a book by its cover – unless it’s the Kama Sutra (then we can be flexible). #DeadpoolOnTheBachelor https://t.co/vupjvhYXFE

“Oh, hello, you’re probably thinking, ‘my boyfriend said this was a superhero movie.’ Well, surprise, this is actually – lucky you – a love story.”

That’s right, we have Deadpool laying his story on that unsuspecting cab driver, fighting a lot, specifically for the life of his love, Vanessa Carlyle (Morena Baccarin), and deflecting the blame when confronted with his carnage by Colossus and Negasonic Teenage Warhead.

Yep, Deadpool is a love story about a guy who loses his girl to another guy who weaponized the first guy using dangerously experimental methods which may terminate the first guy, allowing the experimenter (second guy) to date first guy’s super-attractive wife. Got it?