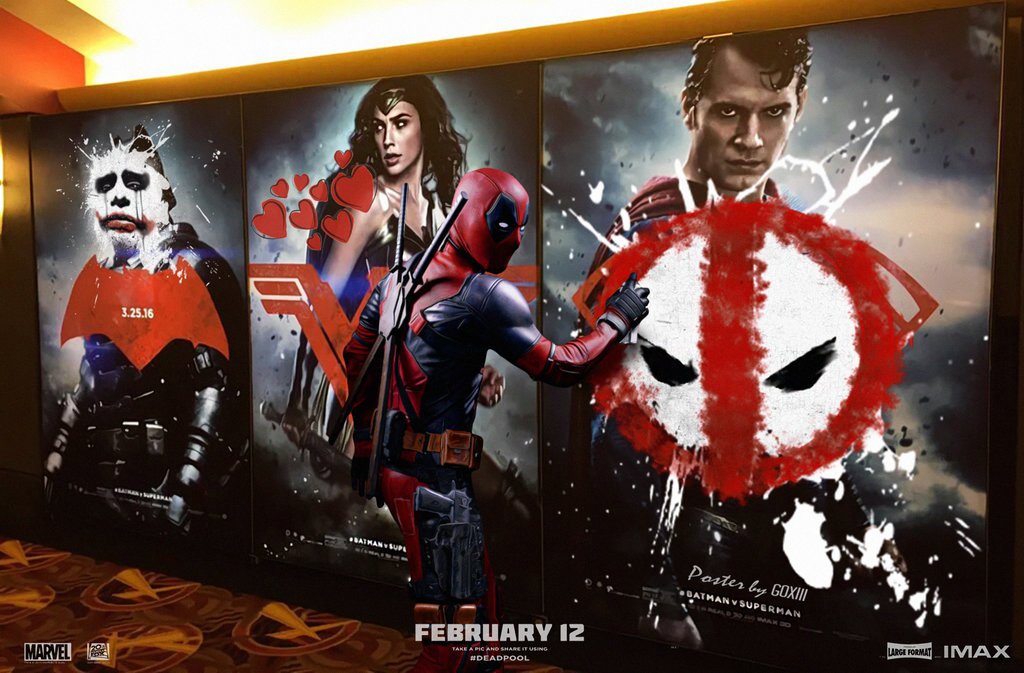 When we first saw this unbelievably hilarious bit of Deadpool promotional art – a scene of Deadpool unabashedly vandalizing Batman V Superman movie posters – we collectively raised our arms, closed our firsts and granted this incredibly clever idea an emphatic ‘thumbs-up.’ I mean, it looks amazing, right? Well, it is, but it’s not actually official; this brilliant bit of perfectly captured Deadpool-ery is the work of creator GOXIII on Deviant Art. I know, we were just as shocked as you are right now. I mean, look at this! It’s absolutely PERFECT! The lighting! The angle! The absolute mastery of forced perspective! GOXIII is a freaking genius, and we absolutely HAD to share this with you! Check out the full image below!

This image, perfectly executed, just makes sense. Deadpool, never a fan of competition, would absolutely take every opportunity to belittle the forthcoming, heavily anticipated Batman V Superman: Dawn of Justice film. Not only would he attempt to squelch the film’s overall ticket sales, he would also mount a personal attack on the characters inhabiting said film; Batman’s face covered with a Heath Ledger Joker, Wonder Woman gets a gaggle of hearts (she’s extremely beautiful, so he’ll refrain from being overly caustic), and Superman…well, he gets the simple, effective Deadpool symbol effectively covering Superman’s super-torso.