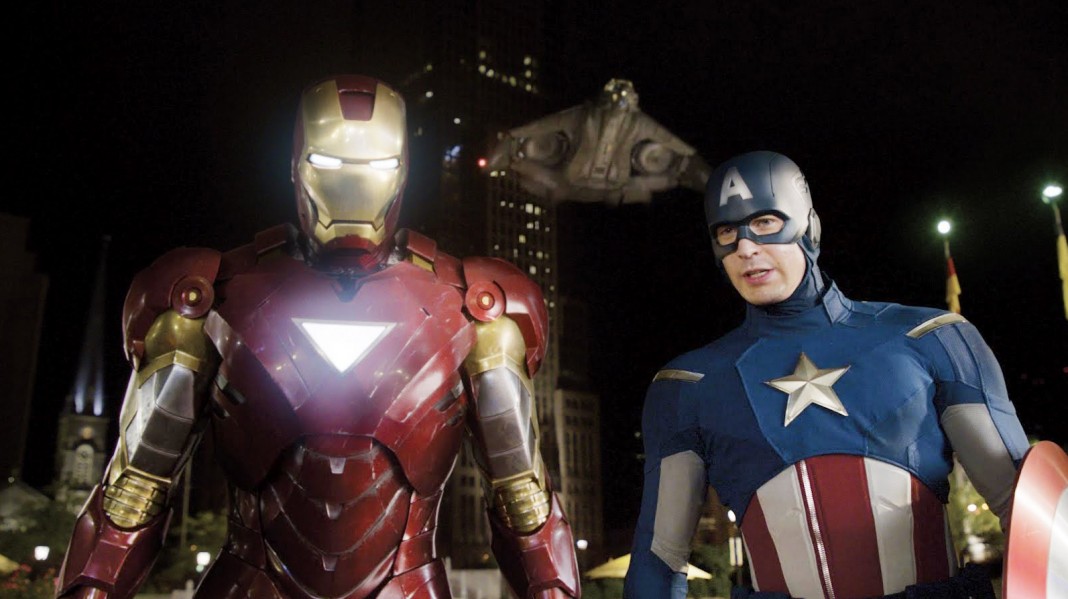 So after the exciting drop of the brand spanking new Captain America: Civil War trailer, the Russo Brothers spoke to Empire Online and made a couple of comments and explanations of their more-than-likely ultra-mega hit. The Russo Brothers are directing Captain America: Civil War and the upcoming Infinity War so we’ll see if they can continue the monster behemoth that is Marvel Studios moving forward! Their last movie, Captain America: Winter Soldier, was a highly acclaimed movie within the superhero genre and this next movie looks to continue the trend!

Making reference to the opening scene where Captain America is speaking with Bucky Barnes AKA Winter Soldier, Joe Russo said, “That’s not early in the film. But we felt like it was the cleanest way to draw a line and highlight that this is Captain America 3, and not Avengers 2 and a half. His memories are foggy. But he has them. He’s also different now. There’s a part of his personality that was under mind control, and he murdered a lot of people. So he’s got a very complicated history. Who is that person? How does that character move forward? He’s not Bucky Barnes anymore. He’s not the Winter Soldier anymore. He’s something inbetween.” Anthony Russo then added, “All we can say about that is certainly The Winter Soldier has a very complicated history as an assassin and a weapon of Hydra – and that history ends up pulling him into a new conflict.”

What about how Captain America: Civil War ties up to the actual comic book version? Obviously there aren’t ‘mutants’ in the normal sense of the word, so why did they chose that route? Joe Russo answered, “We’re using the essence of what Civil War was about. The comic book isn’t applicable to the storytelling that we’ve structured up to this point, but the concept of registration, the notion that heroes need to be either monitored or controlled because their power can be scary, is applicable. The Accords are the world jointly trying to govern the Avengers moving forward. It has to do with the effects of Ultron and Sokovia [the small city that Ultron tried to drop on the Earth from a great height at the end of Age Of Ultron], and New York City [roundly trashed at the end of The Avengers], and Washington D.C. [nearly devastated by falling helicarriers at the end of Captain America: The Winter Soldier]. Examining the third acts of all the Marvel movies, we’re saying, if you could point to the collateral damage in all those incidents, could you use that against the Avengers to control them?”

Not to just let his brother have all of the fun, Anthony Russo chimed in, “The challenge was, we’re doing the story of Civil War. Which everybody knows is nominally about superhero registration. And in a lot of ways that can be a political issue, and we didn’t want the conflict of the movie to solely exist on that level. We wanted to figure out very personal reasons why everyone’s relationship to this idea of registration is going to become complicated. That’s what the relationship between Steve and Bucky allowed us to do, to get very personal in terms of why people would lean one way or the other. The arc we’re tracking for Captain America, the thing we thought would be most interesting with this character when we came on board to direct Winter Soldier was to take him from the most ra-ra company man that you could get, this character who was a somewhat willing propagandist, and by the end of the third film he’s an insurgent.”

Anthony Russo also then spoke on the reasons that Captain America and Iron Man are fighting and said, “Tony’s defining characteristic is his egomania, in a lot of ways and we thought it would be interesting to bring him to a point in his life where he was willing to submit to an authority, where he felt it was the right thing to do.” Joe Russo continued, “When people leave the theatre, they’re going to be arguing about who was right in the movie, whether it was Tony, or whether it was Cap. Tony has a very legitimate argument in the movie that’s a very adult point of view, about culpability, about the Avengers’ responsibility to the world, and the world’s right to have some sort of control over the Avengers. It’s a very complicated emotional arc for Tony Stark in this movie. Downey is utterly amazing in the part. I think he’s taking this character he’s been crafting for years and goes to some very risky places in the movie with the character.”