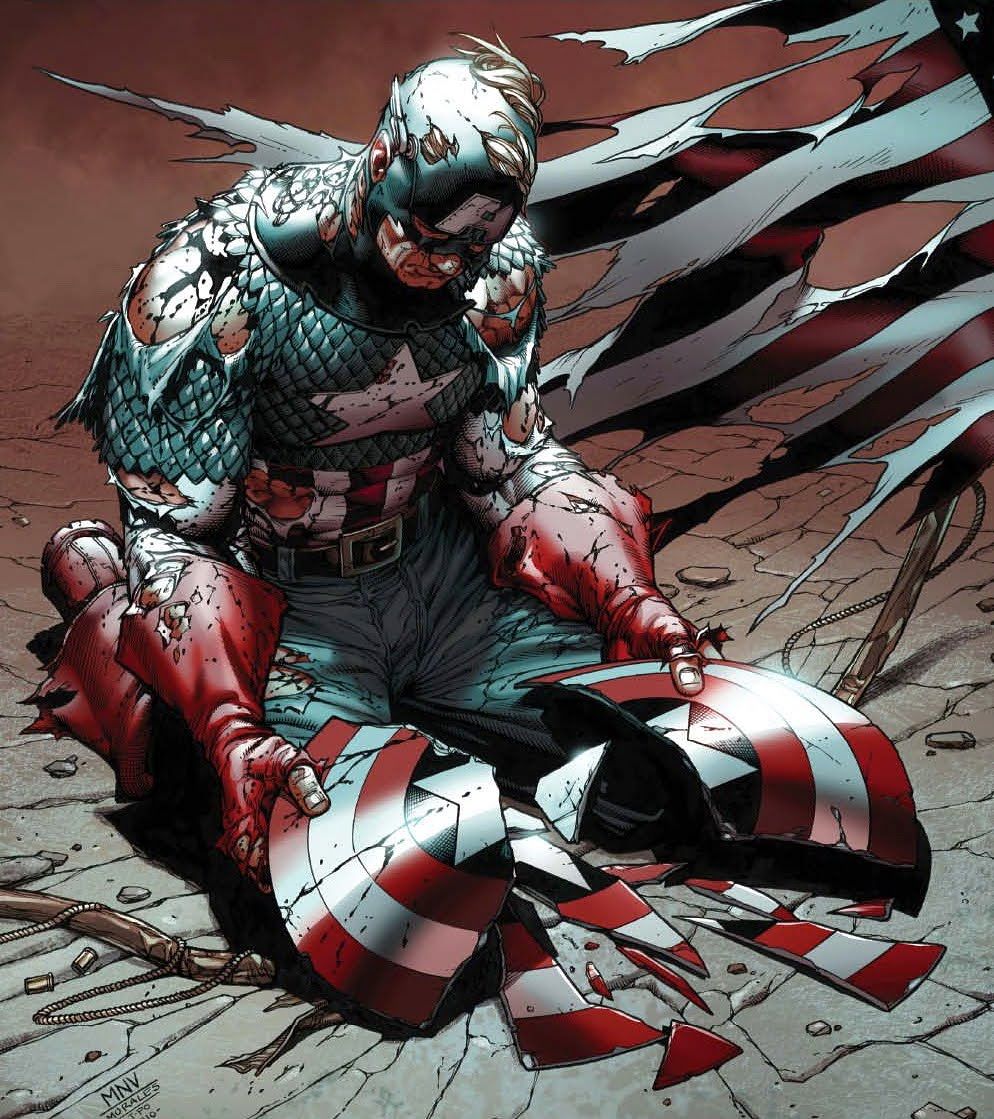 Before we begin, I feel the need to warn you (in my pirate-voice): THERE BE SPOILERS AHEAD! Well, maybe. Our friends at The Hashtag Show are at it again, tapping an unknown source for potentially accurate information regarding the fate of several Marvel characters during Captain America: Civil War. So, if these rumors I’m about to share are in any way accurate….well, you were warned.

Now, let’s get to the dirty details. Which three characters might actually bite the bullet in Marvel’s seminal, superhero slug-fest? Again, if you don’t want to know, PLEASE STOP READING NOW!! Still with us? Okay, then, here we go: The Hashtag Show’s source named War Machine, The Falcon and the Scarlet Witch as potentially exploding/disintegrating/accidentally taking an errant Repulsor blast to the face during the course of Civil War.

The source offers further clarification, mentioning that death might not be the final fate of all three characters. In fact, they speculate War Machine’s drastic removal from the morally muddled melee might only result in severe injury! WHEW! As far as The Falcon, his ‘death’ isn’t genuine; he’s still on track appear in Avengers: Infinity War Part I. However, the Scarlet Witch might not be so lucky. Apparently, she’s the one taking the full brunt of Death’s (sometimes) arbitrary scythe, an act that causes Vision to leave Earth and conjoin the overall Marvel narrative with Infinity War. Ugh.

Check out the video below for a more detailed look at the aforementioned potential spoilers. You made it this far, so why not dive in face-first?