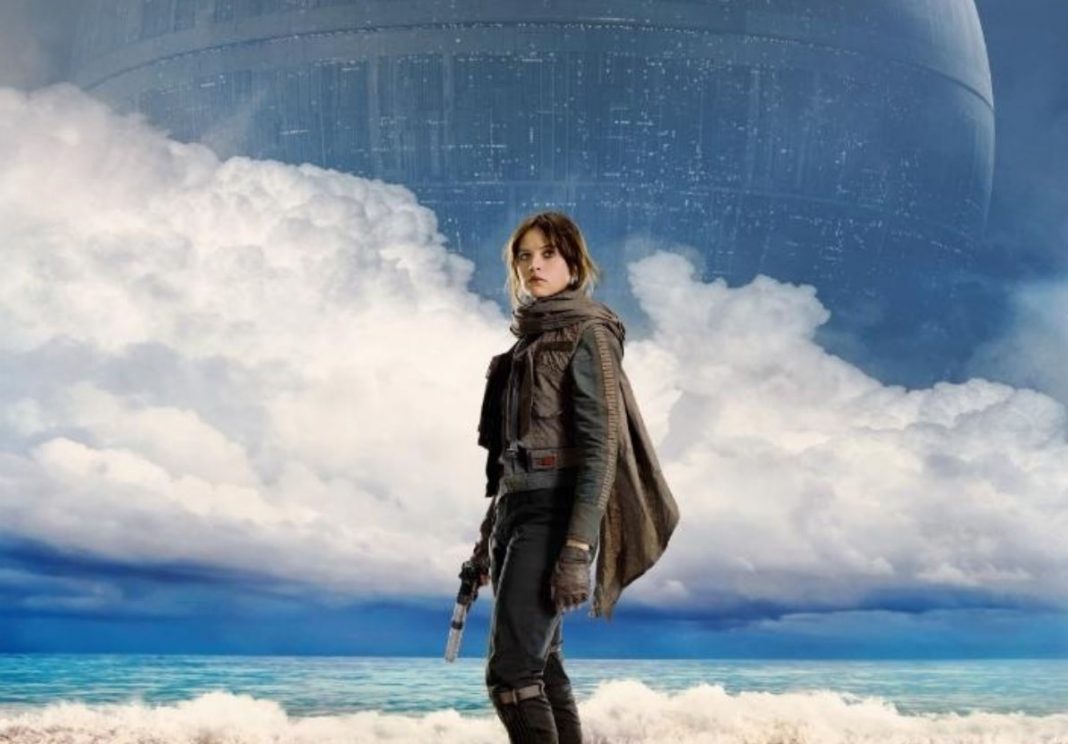 Let’s increases the size and get a better look at these beauties:

This Japanese Rogue One poster features protagonist Jyn Erso standing solemnly on the surface of Scarif, lovingly referred to as “the beach planet.” Behind her? Oh, just the object her dismay; a functioning, planet-killing space station coined “The Death Star.” Yep, she really needs to get a hold of those plans, or, well…..R.I.P., little Rebellion.

The Korean Rogue One poster features the Rogue One squad stalking the Death Star’s inner workings. Let’s hope they already have the blueprints, because navigating their way out of this maze might prove extremely difficult.