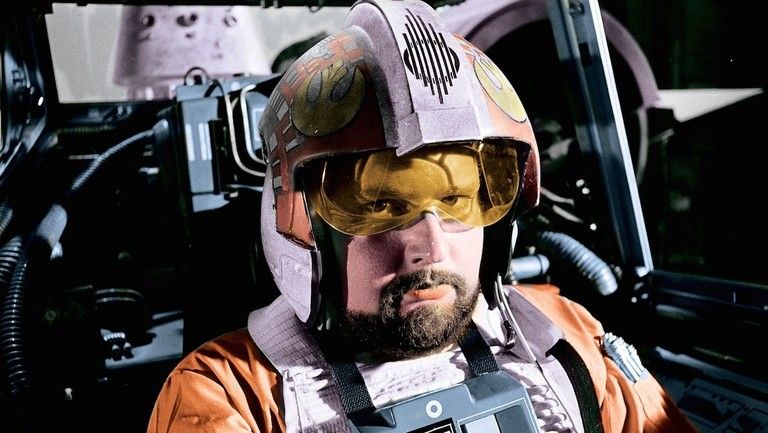 When Rogue One: A Star Wars Story debuts this December, it’s going to change everything. No longer will every Star Wars motion picture revolve around the struggle of the Skywalker clan. Now, we’re getting a new perspective of this giant universe, from characters with no connection to the Force at all. It’s a very enticing concept.

Should the film be a financial success (and come on… it’s going to be), the door gets blasted wide open for an array of future Star Wars-branded movies. Already in the pipeline are movies about Han Solo, and perhaps one about Boba Fett, but there are countless other characters that deserve their own feature-length film. Even The Force Awakens director JJ Abrams agrees.

During the press day for Star Trek Beyond (where Abrams is still a producer), Collider grabbed Abrams to find out if he thought there were any other Star Wars stories worth telling.

“I gotta say Kathy Kennedy, who’s running it all, she seems to be pushing all the right buttons. There isn’t something that I’d love to see—I guess the one thing I would say is there’s a Knights of Ren story that I think would be pretty cool to tell.”

Not gonna lie… that’s a solid choice. Kylo Ren was the breakout baddie of The Force Awakens and getting that quick glimpse of the rest of his buddies during Rey’s “Force Freakout” leaves you salivating for more. I mean, an origin story about Darth Vader fanatics who track down his own grandson to be their leader? The script writes itself. Bring Abrams back on board to direct and you have another billion dollar blockbuster for Star Wars and Disney.

The problem: we’re probably going to get more info regarding The Knights of Ren when Episode VIII comes out (that’s just a hypothesis and not a spoiler, so no angry letters!). It makes sense that if Kylo Ren couldn’t defeat Rey and Finn on his own, he’d get the band back together for a future installment. So Abrams might get his wish when Rian Johnson continues the core saga in 2017.

So it appears a Knights of Ren solo flick might be put on the back burner, which is perfectly fine; there are a plethora of stories that needs to be told to expand the current cannon timeline beyond the TV shows, books and comics that are filling in the holes. “But what would work on the big screen” you ask? “Which Star Wars characters deserve their own spin-off? Well, here are five suggestions for the Star Wars spin-off treatment.

-The Chronicles of Obi-Wan Kenobi

That’s right… let’s start this list off with a bang. Obi-Wan Kenobi is one of the most popular characters in Star Wars lore. Following his all too short introduction in A New Hope (played by the legendary Sir Alec Guinness), he was later the central character in the prequel trilogy (where Ewan McGregor took over). Even McGregor had previously agreed that a connection between both incarnations of the characters needed to be addressed.

Sure, McGregor backtracked on the comment clarifying that nothing is in the works, so it’s all presumptive. Still, he does seem to be intrigued by the idea. There’s a 20-year gap that needs to be filled. That’s enough time for a trilogy, featuring Kenobi learning to master the Force (remember he needs to become a Force ghost eventually). There are plenty of paths for a Kenobi story to follow, and with McGregor down to throw on his Jedi robe once again, what is stopping this movie from heading into production?

-The Resurrection of Darth Maul

What? Why do all the good guys get to have all the fun. There are so many villainous characters that deserve a chance in the spotlight: General Grievous, Jabba the Hutt, any Mandalorian, really… But this would be the chance to do right by Maul. He should have been a lingering presence throughout the prequel trilogy, but sadly his time was cut short. Or more appropriately… cut in half!

Now let’s bring the Dathomirian into the forefront by giving him is own spin-off. Now, if you have followed The Clone Wars and Star Wars Rebels, you are well aware that Maul isn’t dead; he’s looking to unlock the secrets of the Dark Side to tear down the Sith from within. Doesn’t that sound like a movie you’d like to see? Imagine Maul and his new Padawan Ezra Bridger looking to find an ancient evil power to kill the Emperor and Vader. Sure, it won’t end well for them, but the lightsaber battle between Maul and Vader would be ridiculous. That alone is worthy of green-lighting this production.

-Admiral Ackbar: Savior of the Resistance!

When will Admiral Gial Ackbar get his due diligence? The Mon Calamari were crucial to the success of the Rebel Alliance thanks to their ships, including their leader-ship (see what I did there?)! The questions remains: when did the fish species actually join up in the battle against the Empire?

Timeline wise, Captain Ackbar shows up in The Clone Wars assisting the Jedi as he fights to take back his home world. He doesn’t show up again until Return of the Jedi, where he’s a full blown Admiral and commander of a fleet of space ships. There’s a lot of dots to connect point A to point B, and they needs to be expressed on the big screen. It’s your typical ‘soldier rises to become a powerful general and leads his unit to victory story,’ expect this time the main character is a giant fish.

CT-7567 is probably the most famous Clone Trooper of them all. He led the legendary 501st legion alongside Obi-Wan Kenobi and Anakin Skywalker. He’s seen more battle than most. Even more impressive on his resume? He ripped out his inhibitor chip, meaning he never took part in the Order 66 Jedi extermination. He’s a legend of the Clone Wars and someone who deserves to have his continuing adventures told.

When we meet up with Rex in Star Wars Rebels, he’s in a self-imposed exile alongside Commander’s Wolffe and Gregor on the desert planet Seelos. Now we don’t need to know how they got there: imagine a lost squad of Clone Troopers on a dangerous mission to the ends of the galaxy before the Empire can crush them and replace them with Stormtroopers. It would be a journey through space to save the last of the Clone Troopers. Plus, Disney could save a lot of dough since they’d only have to cast Temuera Morrison in every role the movie has. It’s a cost conscious movie.

-Jek Porkins and the Adventures of Red Squad

What!?! You thought Red Squadron only came into existence when Luke Skywalker showed up? Think again. They were the most skilled pilots in the Resistance. Biggs Darklighter, Wedge Antilles, Garven Dreis, and of course, everyone’s favorite… Jek Porkins. We can witness the missions they carries out prior to the Battle of Yavin.

So why does Jek Porkins get the star treatment? Because he deserves it. He’d be the Jyn Erso of this saga; a man who defied the Empire and looked to single-handedly bring them down. What honor could you give the man who lost his life taking on the Death Star? Make him the lead in a Red Squadron movie.

So what are your thoughts on these Star Wars spin-offs? Are there any character you’d like to see in their very own film, or would the continuing adventures of Jek Porkins hold you over? Let us know! 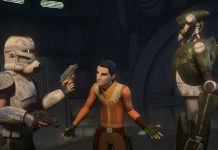 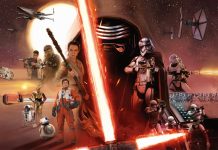