Home MOVIES Editorials Which Villain Should Deadpool Take on Next? 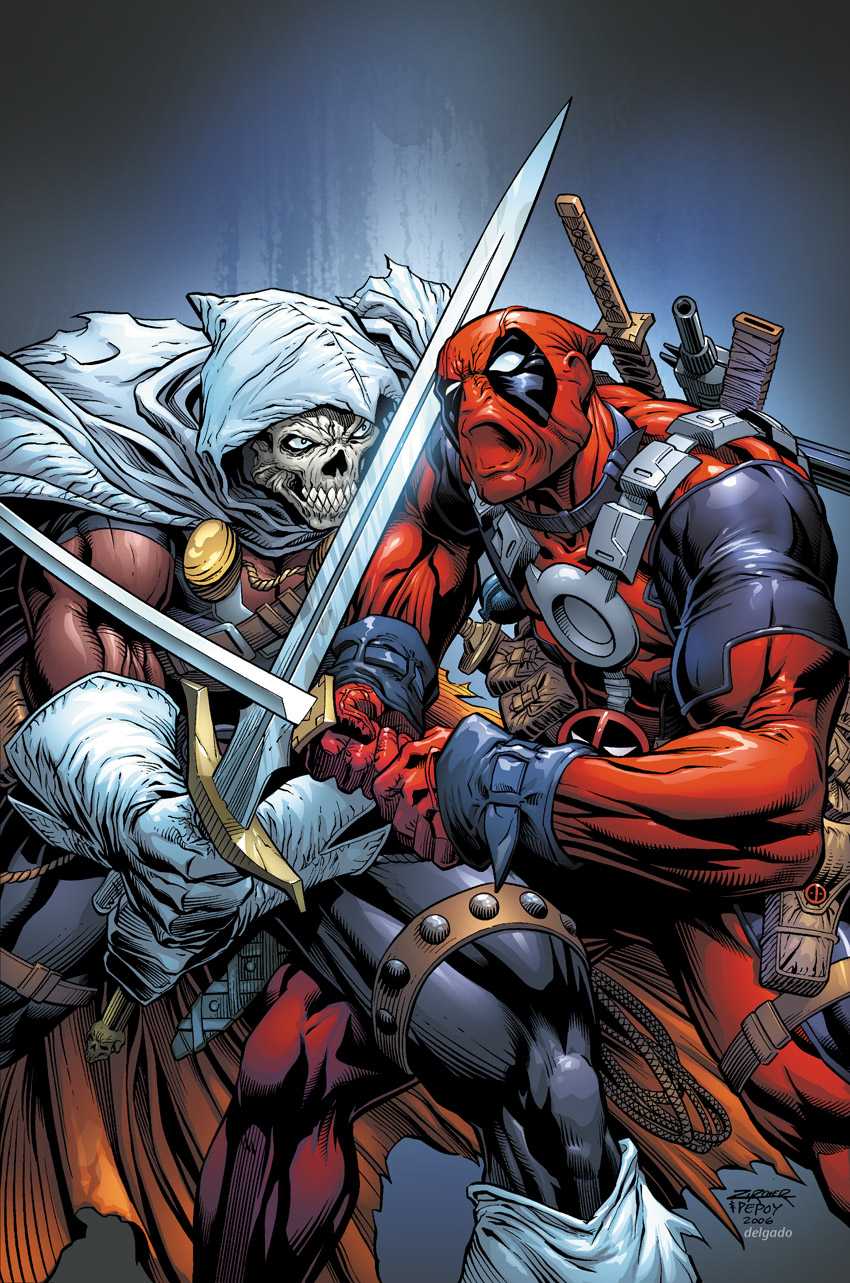 Deadpool was a breakout movie for a variety of reasons. It’s the highest grossing X-Men film of all time, it reestablished Ryan Reynolds as a proper leading man, proved Rated-R is the way to go for certain comic characters, and… it brought Ed Skrein to the world.

You remember him, right? Ajax… uh… I mean, Francis? He was a tough-as-nails badass who constantly asked Deadpool if he could remember his name. He would have been a perfect villain for any future Deadpool installment, but sadly (and spoilery), Wade Wilson unloaded a nice bullet into his frontal lobe (something Colossus didn’t approve of).

So no Ajax movie appearances in the future. While that sucks, such is the way of the comic book movie; villains don’t tend to last very long. So, who should succeed Francis as Deadpool’s antagonist? Which villain should Deadpool take on next in his already confirmed sequel?? Well, talking with IGN, Skrein offered one character he’d like to see take on the “Merc With a Mouth.”

“The Taskmaster is just you know, so fun” Skrein explained. “He’s a hilarious character, and he looks so cool, you know? The skull head, the hood, and his superpower is he can copy anyone’s fighting style; can you imagine that visually? If he fought Deadpool and started whipping things around and doing all the flips, and then he fought Wolverine? It would be phenomenal – he’s an incredible character.”

It’s a perfect choice and one that fans have been clamoring for. Taskmaster, otherwise known as Tony Masters, is a genius who has the ability to absorb knowledge instantaneously. The more people he fights, the more dangerous he becomes. Plus, his look alone makes him a classic superhero villain and perfect for the movies (especially if he has his sword and shield with him). Taskmaster has been long overdue for a shot at the silver screen, but sadly, it might not come in a Deadpool sequel.

So where does that leave Deadpool? Lucky for Wilson, there are still a few other antagonists that can give him a run for his movie…er, money. Here are three such malignant malcontents that could make Deadpool 2… a little more intriguing.

At the top of my list would be Madcap. A formerly normal, church-going dude, he is exposed to “Compound X07” during a trip that kills his entire family. The chemical gives him the ability to heal instantly, but the trauma of everything causes him to lose his mind. He can also cause others to become insane just by looking into their eyes (or for people already a bit looney, he can cause them to become “normal”). This is a very interesting power-set that the minds behind Deadpool 2 could have a lot of fun with.

We already know the straight-laced Cable will be showing up in Deadpool 2. Well, imagine him not only encountering the obnoxious Wade Wilson, but then having to deal with defeating the indestructible psychopath Madcap. Even better, imagine if Madcap turns everyone Wilson knows crazy, with only a sane Deadpool left to save the day.

Sadly, like most Marvel characters, the rights to every one of them is a bit confusing. While Madcap has had some great encounters with Deadpool, he’s originally a Captain America character. That stinks, since he fits much better in the Wade Wilson world than the Steve Rogers one.

Well… how about a character that 20th Century Fox already has the rights to? Listen, if you think Hugh Jackman is going to hang up the claws after his last Wolverine movie, think again. He will be in Deadpool 2. I mean, there’s no way he avoids some sort of appearance after all the jokes at his expense in Deadpool’s first outing, so why not cast him as the main antagonist (notice I didn’t say villain)? Cable shows up from the future, the X-Men send Logan to track him down, and the end, Wolverine needs to take out both Deadpool and Cable. Perhaps these are the events that leads to the rumored X-Force movie!  At the very least the two can have a proper encounter and make fun of X-Men Origins: Wolverine in the process.

The honest truth is, you don’t even need to look outside of the first Deadpool to find a proper villain for its sequel. She was there all along.

Morena Baccarin already played Vanessa. Perhaps now the time is right to let her morph into her comic book mutant counterpart, Copycat. Sure, she’s a shapeshifter (which might be too similar to Mystique), but her powers come with a twist; she can not only turn into someone, she can also replicate their powers. Who cares how Vanessa and Wade would become foes, but a scene where she transforms into him and we get a Deadpool vs. Deadpool fight? That would be worth the price of admission right there.

So what’s your take on the Deadpool 2 villain situation? Should Fox still fight to get the Taskmaster involved? Or is there someone else worthy of going mano-a-mano with Deadpool? Let us know below!