I feel like the producers of Arrow just put on some sunglasses and said ‘DEAL WITH IT’. Joking aside, a recent article by TV Line discussed the current role of Arrow Flashbacks. What’s an Arrow Flashback? Well, if you’ve never seen the show, they’re basically the backstory of what Oliver Queen (the Green Arrow) was doing in the 5 years he disappeared. It made perfect sense in the first season but the writers and producers kept it up…for every single season so far. Fans have started to lose patience and the producers and writers have heard…but unfortunately we won’t be seeing an end to the Arrow flashback trope!

“Part of the appeal of the flashbacks – certainly in the first two years, but I think the first three years – is seeing what a big difference it is between Oliver Queen in the present day and Oliver Queen five years ago,” Executive Producer Marc Guggenheim said. “The problem is that we are telling a five-year story in the flashbacks of Oliver becoming the guy you met in the pilot. So the deeper you get into the flashbacks, the closer he becomes to being that guy, and, thus, you lose that element of the flashbacks that was so interesting, which is how different he was; that’s something we have struggled with this year.”

Executive Producer Wendy Mericle then added, “The way we write the story is still very much married to that backstory, and trying to change it up at this point would feel weird.” Ouch. Sounds like we’ve crossed the point of no return in Arrow in flashbacks but at least at some point they should catch up, right? Then I guess they’ll have to flashback to the original start of the series and use that as a plot device! Ack, I kid, I kid. Still, it is nice to know that the executive producers and writers have heard our plight…even if they aren’t going to do anything about it. Hopefully they just clean it up a bit or perhaps not use it as a constant way to drive the plot forward by flashing back in Oliver’s past! 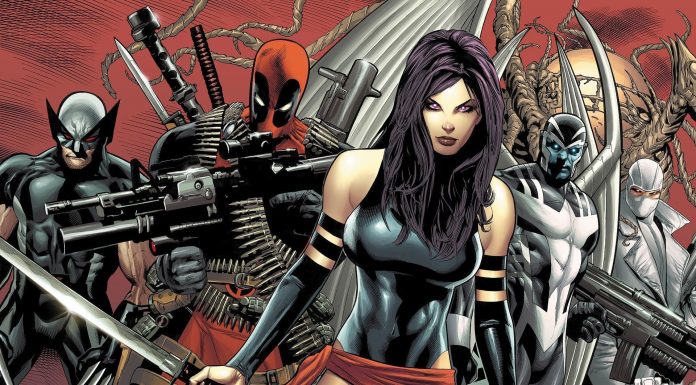 X-Force Movie Already in the Works

Five Superheroes with the Best Rogues Galleries Ever!