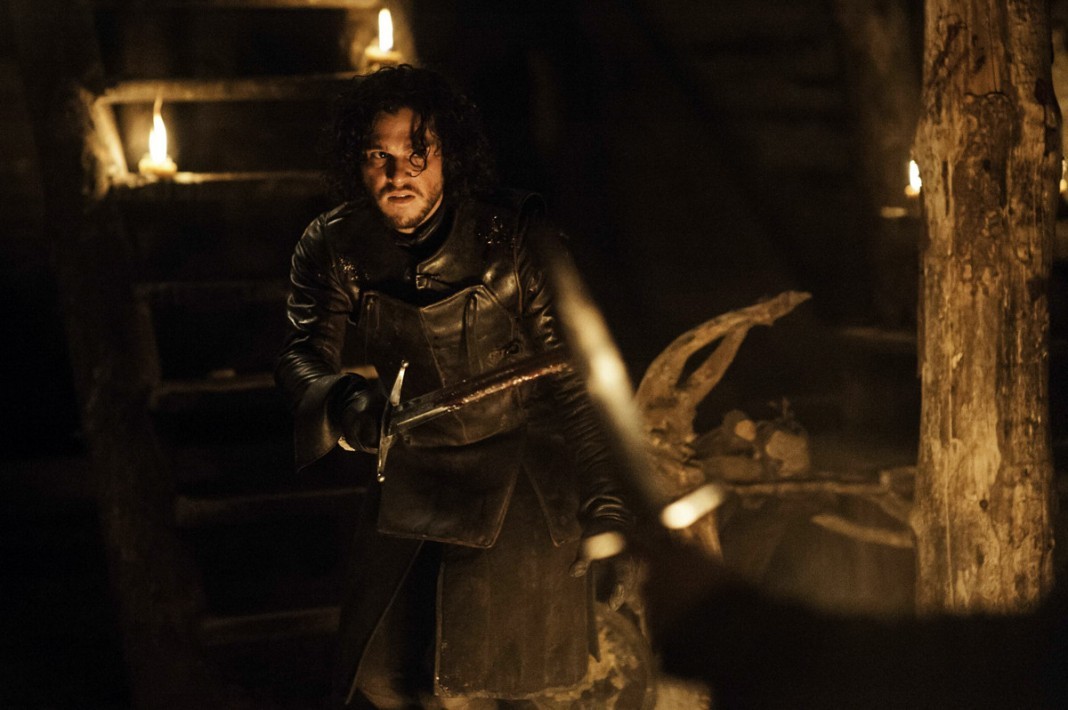 “Jon Snow is absolutely dead” Ellenberg said. After making such a statement, Twitter exploded with re-tweets and fan theories. When we left Jon Snow, he had just recently been betrayed by the Night’s Watch and went down the path of Julius by laying in a growing pool of his own blood. Of course there has been tons of thoughts and denials about his current state of life/unlife but we will have to wait till April of next year to find out.

My thoughts on this matter are that he is indeed dead…though only for a spell. You see what I did there? We saw a broken Milisandre come back to Castle Black right before Jon’s fateful night and we already know that the Lord of Light can bring people back from the dead…remember the ‘Brotherhood without Banners’? Yeah? We saw somebody get cut in half by the Hound and he got right back up. When Milisandre asked how Thoros of Myr managed to do it, he gave her a story about him losing the faith and simply uttering a prayer to the Red God and then BAM! Instant resurrection! I think the precedent has been established and anybody who has read the books knows that we are due for a character come-back in some shape or another.