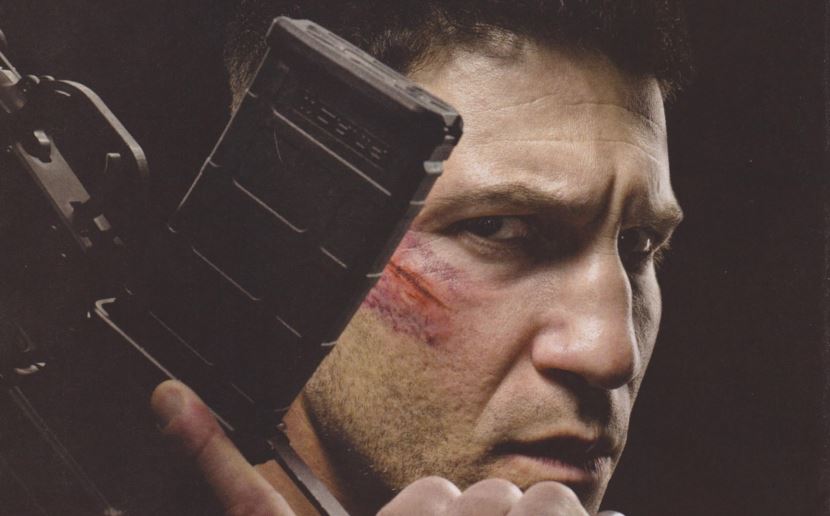 Once again, Empire Magazine has some amazing insider info related to an equally amazing comic book property making its way to the big – or small – screen. Yep. The latest issue seems to be ridiculously Marvel-centric with big articles dedicated to Marvel’s forthcoming Magnum Opus, Captain America: Civil War, and the slightly more subtle, but extremely violent character-piece that is Daredevil Season 2! What did we actually get for Daredevil Season 2? Why, we were granted a peek at Daredevil Season 2 images focusing on the Punisher (Jon Bernthal). Check it out! And holy crap!

Oh, and besides the magazine’s thorough interview with actor Jon Bernthal, it also shared a lengthy, Daredevil Season 2 scene description featuring the usually contentious duo apparently in the midst of a tenuous armistice.

“The actor playing Man Justifiably Terrified by The Punisher wrenches open the door and limps through the cabin into his chambers. After a beat, Bernthal – assault rifle in the ready position – follows. Gunfire is exchanged, and the scene ends with The Punisher standing over the man as he begs for his life. Bernthal takes out a handgun anf puts it in the man’s mouth. Lost in character, Bernthal calls the man a “cocksucker.”

“And then, just as Frank is about to Castle the poor chap, in barges Charlie Cox as that do-gooding Daredevil. “GET OUTTA HERE RED!” yells Bernthal. What happens next – Castle leaping up and pushing Daredevil out of the room.”

Dress appropriately when pushing Daredevil around with something from our line of Punisher merchandise.

Peyton Reed on the Future of Ant-Man and The Wasp

Rogue One POP Vinyl Figures: Soldiers of the Empire!