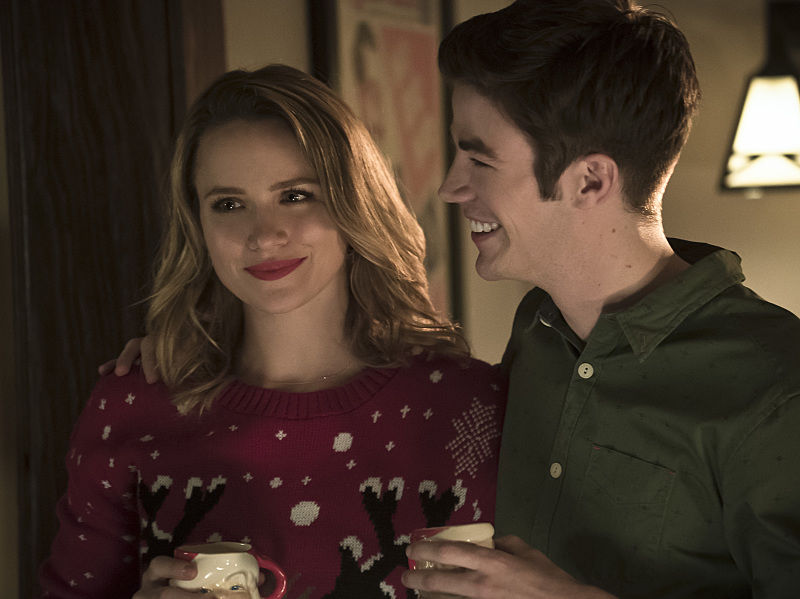 Check out Our Review [WITH SPOILERS] of The Flash Episode 9 Season 2: “Running to Stand Still”

Well, I guess this week’s episode of The Flash could be considered that OTHER December Mark Hamill project we were all looking forward to. Isn’t Hamill going to be in some kind of space movie in a few weeks? Help me out here.

While we wait for that watershed moment, we got to enjoy Hamill’s second scene-chewing performance as James Jesse, the Trickster this week on The Flash. There wasn’t a whole lot of meat on the Trickster’s story-bone this week (ew) but it is always great to see Hamill in the Joker-like role. This week, Mark Mardon busted Trickster and Captain Cold out of prison. The whole thing was structured like an old school comic with Weather Wizard and Captain Cold snarking at each other and Trickster just sort of being Trickster. Eventually, the always awesome Cold got sick of the whole thing and ratted Trickster and Weather Wizard out to Barry Allen. This was a pretty cool scene because Barry tried to push Cold into being the hero, to help catch the other two Rogues. Cold was more worried about Cold and exited the proceedings. Cold’s hero turn will have to wait until Legends of Tomorrow because Cold refused and Barry had to go it alone.

This was the largest gathering of Rogues so far but they were not the united front they always were in the comics with Cold and Weather Wizard both trying to secure the alpha rogue role. There was some fun along the way with Hamill’s Trickster posing as a mall Santa and giving out bombs to all the little boys and girls. The logic of this plot was a bit flimsy as the whole thing was predicated on not a single child opening his or her gift before Christmas morning, and we know that no modern day youngun’ has the patience to do that. But I guess the little ones of Central City are a patient lot and none of them did, so Flash had a dilemma. If he did not let Weather Wizard and Trickster kill him, the Rogues would set off the bombs. But Team Flash was on the case and Wells, Cisco, and Jay Garrick were able to use a magnet and an Earth 2 portal to get rid of all the bombs. Barry was free to take down the two villains, and he did, very easily, and the threat was over.  It was a fun little story but not nearly the focal point on this week’s Flash.

That focal point would have to be the idea of family. Like the family of Patty Spivot, mainly her bond with her dead father, a man who was murdered by the Weather Wizard years before. Spivot was out for revenge and after Flash took down the Rogue, Spivot had to decide whether to arrest the villain or commit Christmas murder. This scene was played out with intense emotion as the look on Spivot’s face displayed palpable confusion, anger, and fear. Spivot was driven by duty and lowered her weapon, deciding that the cop would overrule the vengeful killer. We also got a look into the regrets of Spivot’s past and now that all this was out in the open, it seemed like Spivot and Barry’s relationship could go to the next level.

Of course, the most intense family drama was experienced by the Wests. A few weeks back, Iris discovered she had a long lost brother, a young man hidden from her family by her runaway addict mother. Iris was incredibly angry that her dad Joe held the news that her mother was alive from her, but now she had a secret of her own; she discovered that her father had a son and now, Iris had to confront Joe with news. And confront she did and the whole thing was played off with dignity and class, avoiding soap opera clichés and unneeded emotional outbursts. Joe’s reaction emphasized the fact that Joe already had a son in Barry, but now it opened the door for a new scion of the West name. This week saw the debut of Wally West, and other than the obvious, this brings a whole new dynamic to The Flash. First, we have a new brother for both Iris and Barry, we have a new relationship for Joe and second, we have a potential new speedster because how long do you really think it’s going to be before Wally steps into the role of Kid Flash? Hopefully, the brain trust of The Flash plays the slow burn with this and lets fans get to know Wally West as a man before he becomes a hero. Whatever the case, after a season and half, we have Barry, Wally, and Jay Garrick all on the same show. It feels like the Flash Family is now complete.

Of course, we also have a potential Jesse Quick, but Jesse’s fate isn’t nearly as happy as the fate of the Wests. Jesse is still being held by Zoom and now the villain is forcing Jesse’s father, Harrsion Wells of Earth 2, to help steal Barry’s speed in exchange for his daughter’s life. As Patty and Joe proved this week, one would do anything for family, so this spells serious trouble for Team Flash as we head to the second half of season two.

A few other bits and bobs:, Caitlin Snow and Jay Garrick FINALLY hooked up, we learned that The Godfather exists on Earth 2, and we learned that Cisco watched Breaking Bad because “Magnets, bitches!” The war with the Rogues may have felt a little tacked on (although the Trickster tried to kill the Flash with explosive dreidels which is all kinds of awesome), but the main focus was on the stirring family dynamic of The Flash, a dynamic that grew by one with the coming of one of the most important figures in Flash history, the iconic Wally West.

We even got to see Captain Cold sip hot chocolate out of a puppy mug, so…. 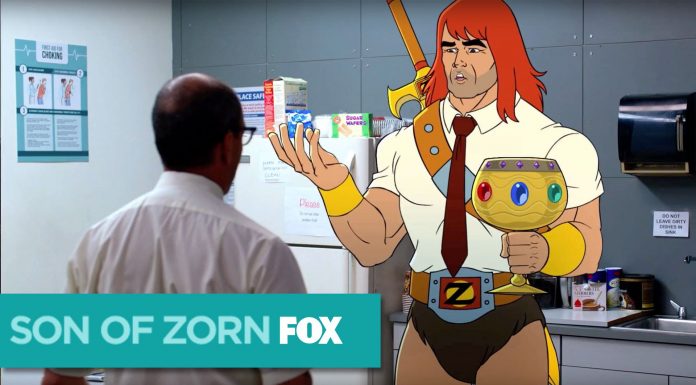 The History of the Batmobile!