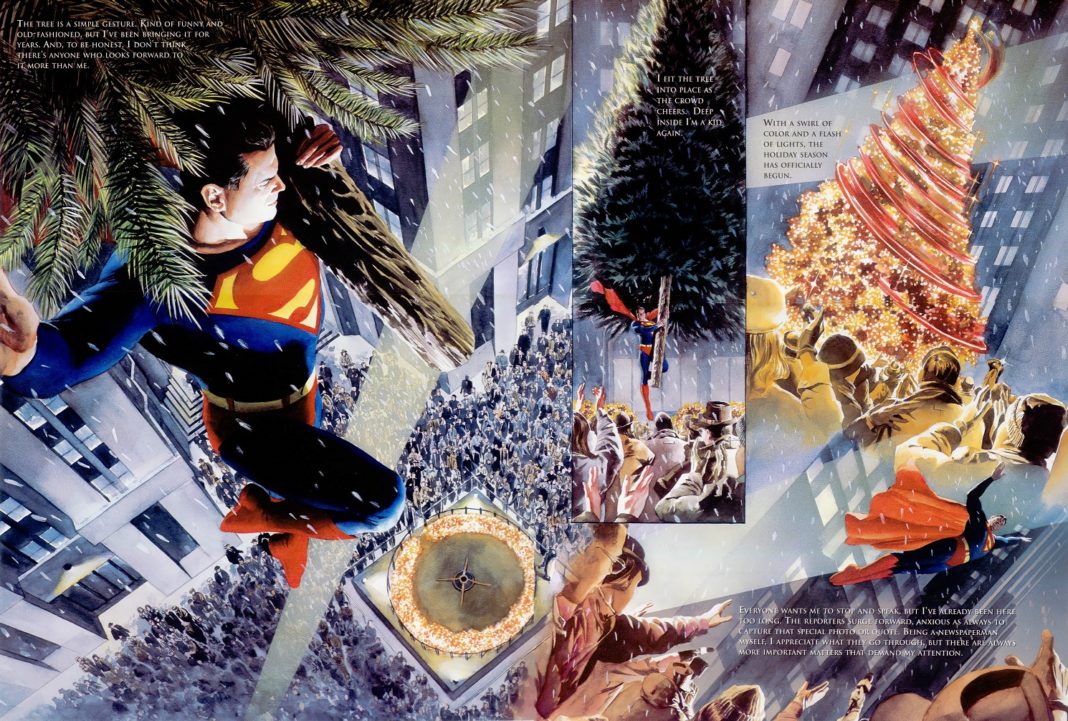 If you would rather sing about how Batman smells and how Robin laid an egg than just any ol’ bells jingling, then you probably think the best way to celebrate the holidays is to read a Christmas-inspired story about the capes and cowls. While our favorite costumed crimefighters may not always have the luxury of spending a little holiday cheer in the company of their loved ones, it definitely doesn’t hurt to spread a little love during this time of the year.

Is it hard to imagine the Joker spreading love and good cheer, or Lex Luthor planning his next family gathering rather than plotting the Man of Steel’s demise? The DC universe has its own fair share of holiday-themed stories too, so read on and get into the spirit this month! 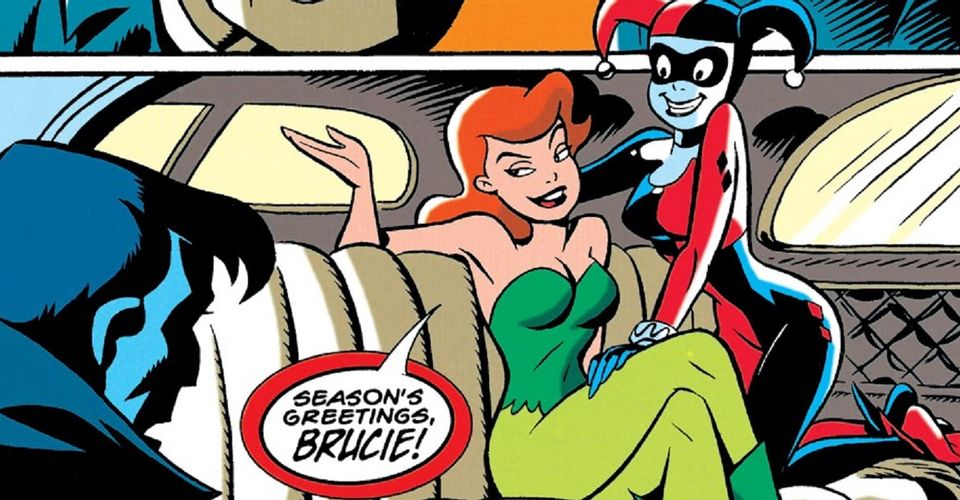 What happens when Bruce Wayne falls under Poison Ivy’s spell and is forced to do whatever she wants? While you might think that Harley Quinn and Ivy may set Bruce out to cause havoc with all of his fame and fortune, the story instead shows us that sometimes, girls just want to have fun—and Harley and Ivy really, really do. In this hilarious story by Paul Dini and Ronnie Del Carmen, they use Bruce to buy them whatever they want at a local mall to liven up the holidays, but of course, Batman eventually still saves the day—with the help of a Christmas tree.

Present Tense is a simple, two-page story by Ty Templeton featured in the 1998 DCU Holiday Bash. It’s always fun to see the most menacing villains in the universe struggle against all the merrymaking of the season, and who’s the most unlikely and unhappy camper of all when the whole world is spreading love and good cheer? Why, none other than Darkseid, of course! The story walks us through how Santa Claus does his best to visit Apokolips every single year, despite Darkseid’s many, many attempts to stop him at all costs. Santa Claus does all this just to deliver Darkseid a lump of coal, so kudos to Old Saint Nick for his dedication to the job!

Of course, no Christmas list would be complete without Superman: Peace On Earth. Created by Paul Dini and Alex Ross, the story follows Superman’s struggles as he realizes that even with all of his powers, there are some things that he just can’t save. Superman tries to solve hunger and poverty to save as many people as he can, but when he encounters a failure, he goes home, defeated. He then remembers his adoptive father Jonathan Kent telling him the proverb, “Give a man a fish and he eats for a day. Teach a man how to fish and he eats for a lifetime.” Clark then realizes that him inspiring hope in people’s hearts alone already makes a world of difference to those in need.