Home COMICS Five Reasons Why You Should Read Quantum and Woody! 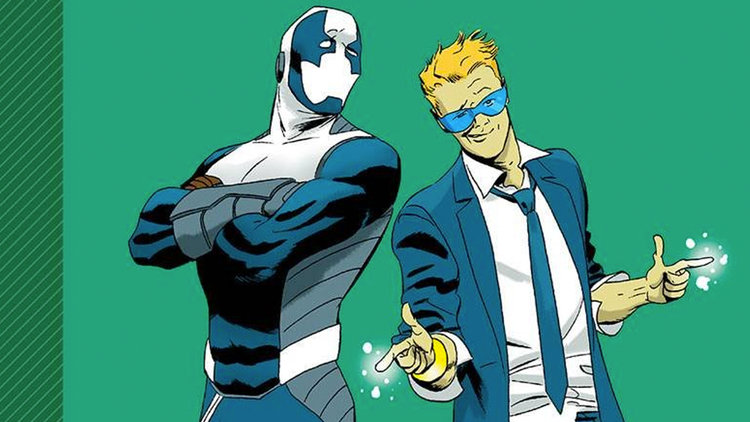 Sure, Marvel and DC are the big names in superhero comics, but a close third would be Valiant. Valiant comics have a number of great stories and characters, and I’d recommend giving some of them a try. However, to me, it seems there’s a series that always gets overlooked. Thankfully, Valiant has given their dynamic duo another go in the latest Quantum and Woody series. If you haven’t read it, you’re really missing out on “The World’s Worst Super Team”! 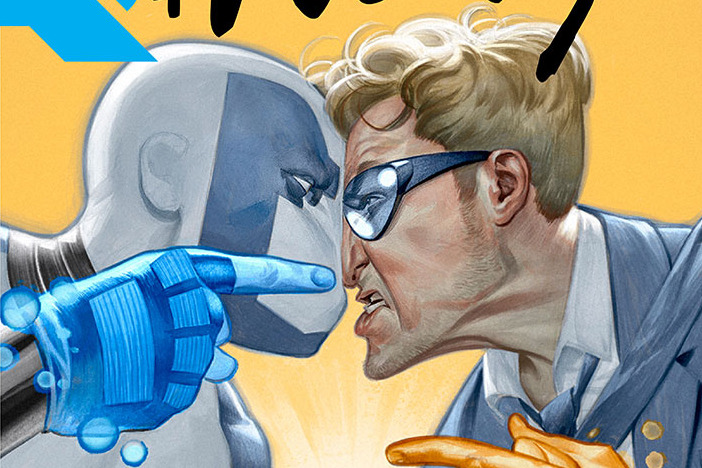 Quantum and Woody follows both Eric and Woody Henderson, two adopted brothers who are completely dysfunctional! Woody’s a fast-talking conman who’s always getting into trouble, while Eric’s more level-headed but not always competent. Together, they make a super team that may not always get along but are better together than apart (mostly because they’ll both disappear into nothingness if they’re separated for too long…).

Superheroes…or Just a Couple of Screw-ups?

Quantum and Woody aren’t known as “The World’s Worst Super Team” for nothing. They actually try to be decent superheroes but always manage to screw up or make the entire situation worse. Sure, they may not always do the job well, but they do get it done! 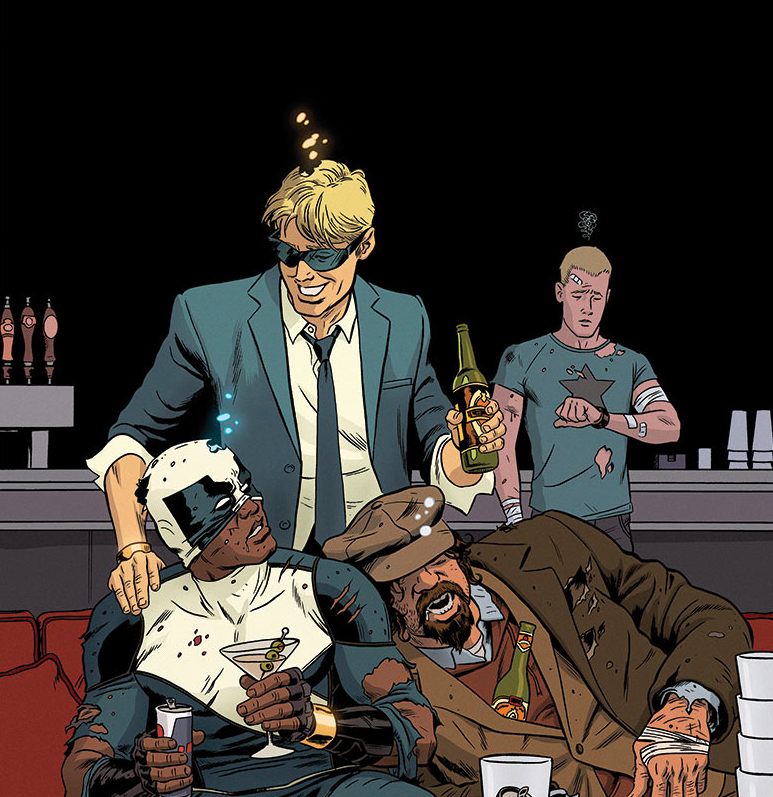 Quantum and Woody may be an odd pair, but the Valiant Universe has its fair share of odd characters. An equally odd team comes in the form of Archer and Armstrong, who go on some pretty wild adventures, too! So, what would happen if these duos met? I’ll tell you what: the coolest kind of chaos. Ever.

Would you believe me if I told you there’s a “butt map” on their wild journey? Well, it’s true, and there’s even more super-hijinks in Valiant’s The Delinquents! 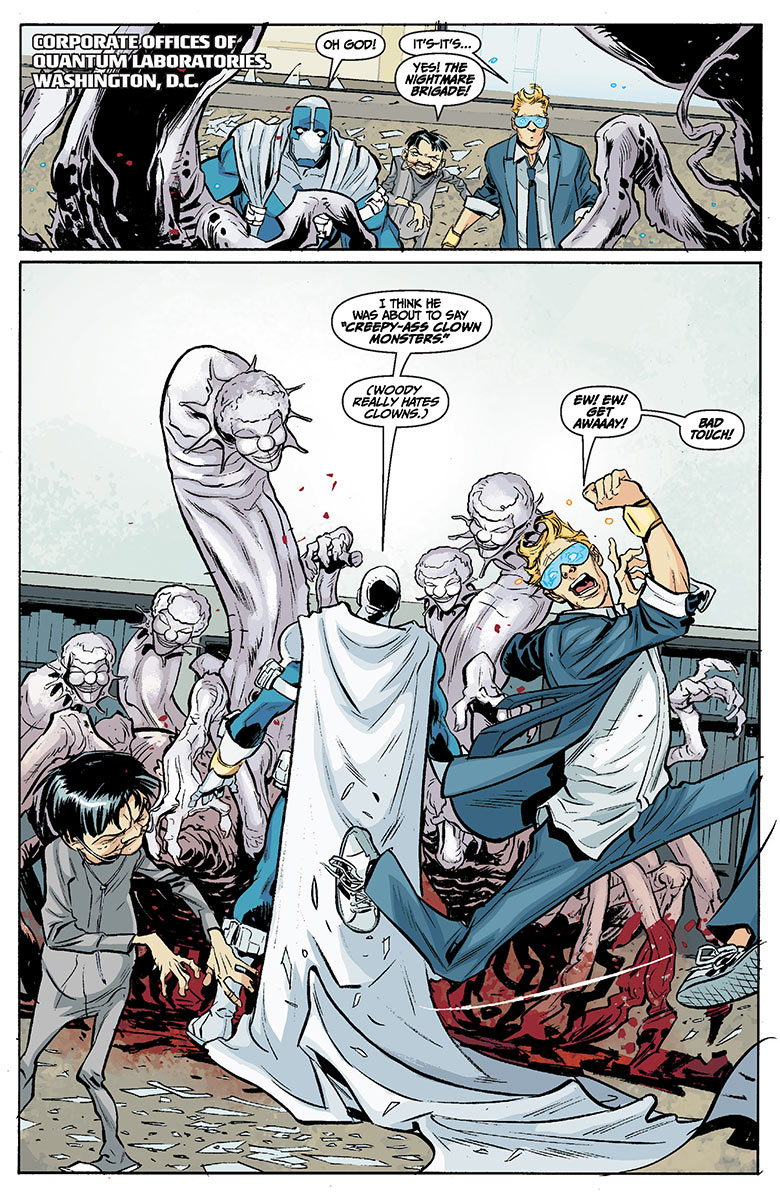 In the beginning, the Henderson brothers reunited to uncover the mystery of their father’s death. While messing around in a science lab, the duo accidentally received super-powers forcing them to stick together. And from there, it’s wall to wall craziness.

I mean it — their adventures are absolutely insane. Just about everything and the kitchen sink is thrown at them, including clones, giant robots, and mad scientists with a family restaurant! And the insanity hasn’t slowed down –there was a car chase with a runaway ice cream truck! The action in Quantum and Woody is equally awesome and insane and you’ve just got to see it for yourself! 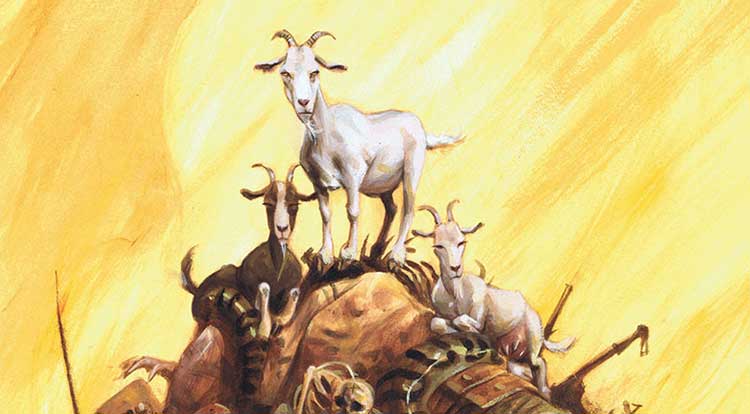 So, Quantum and Woody have a few allies to count on, but nobody could ever hold a candle to the goat! No, really — it’s not just any old goat, it’s a genetically altered super goat that has laser eyes! What’s even crazier is that the goat even has a copy of Quantum and Woody’s father inside of it. Yes, it’s all true! Crazy or not, this goat is ready to help the two when they’re in trouble! Just be sure to feed it!

What do you think about Quantum and Woody? Do you have a favorite Valiant Universe character? Let me know in the comments below! 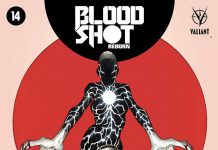