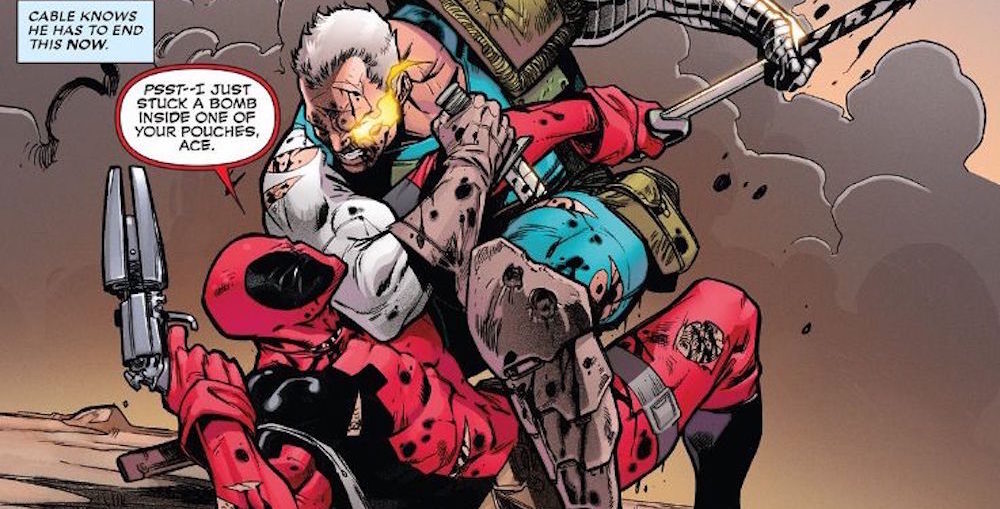 So, the Deadpool sequel cast Josh Brolin as Cable, staying true to the first movie’s post-credits teaser. If you’re wondering just what a brute from the future has to do with the merc with a mouth, the duo is actually known for their weird but awesome chemistry from Cable & Deadpool, the 50-issue arc that ran from 2004 to 2008. Perhaps we’ll get to see Cable’s time-travelling shenanigans toy with all the scenes from the X-Men cinematic movie history, which would be just the kind of fourth-wall thingy that Deadpool is so well-known for. But in the meantime, why not brush up on your Cable knowledge?

Aside from the obvious metal arm and shiny eye, what makes Cable unique is his topsy-turvy past. Created by Rob Liefeld in the ’90s, Cable sports the exaggerated muscles that Liefeld’s known for, and while Cable might look like a buff and burly dude without a care in the world, he actually has a pretty weird past.

Nathan Summers is the son of Scott Summers, a.k.a. Cyclops, and his mom is Madelyne Pryor—a Jean Grey clone. The whole Scott and Madelyne thing didn’t really turn out well, and Nathan was sent to the future in hopes of giving him a better life. Of course, the era he was sent to was a post-apocalyptic hell of a war zone, so no, it didn’t exactly pan out well for Cable.

And no, it’s not just because he’s got muscles the size of the Xavier mansion. Cable takes after his mother with the telepathy and telekinesis, but he’s also capable of astral projection, as well as insane psychic powers. His psychic abilities are so powerful that he uses them every single moment of every single day to keep himself alive and fortify his body with enhanced strength and endurance—all while kicking butt in the battlefield as an excellent warrior.

So, why does he need to use his psychic powers to keep himself alive? It’s because initially, Mr. Sinister wanted to use Cable’s powers to defeat Apocalypse. The villain, in retaliation, infected little Nathan Summers with an incurable virus—incurable for present-day standards, at least. For his own good, Nathan was sent to the future, and he eventually learned how to use his abilities to keep the virus from spreading throughout his body and eating him alive.

Unfortunately, the virus was partially successful, turning one arm into techno-organic matter. The virus also made quick work of his eye, giving him that iconic look the world will soon come to know and love.

A mutant baby girl was born right after Scarlet Witch de-powered the whole world’s mutants, and Cable took it upon himself to raise the girl and keep her safe. He basically adopted her and named her Hope Summers like she was his own little daughter, and yes, this explains the ridiculous panels of Cable navigating through the carnage of a battlefield with a bouncing baby girl strapped to his chest. Wouldn’t it be nice to see that on the big screen?

While it looks like he’d rather be left alone to brood over his tragic past or flex his muscles just because he feels like it, Cable is actually a team player, and a pretty good one at that. When Charles Xavier forms a new team of X-Men called the New Mutants, Cable sees the potential of the young mutants and becomes their leader. He eventually re-brands the team as X-Force, and that’s that.

Are you excited to see just what Josh Brolin will bring to the table as Nathan Summers in Deadpool 2? Let us know what you think!