Home COMICS Are You Afraid of “The Dark?” 3 Answers and 3 Questions from... 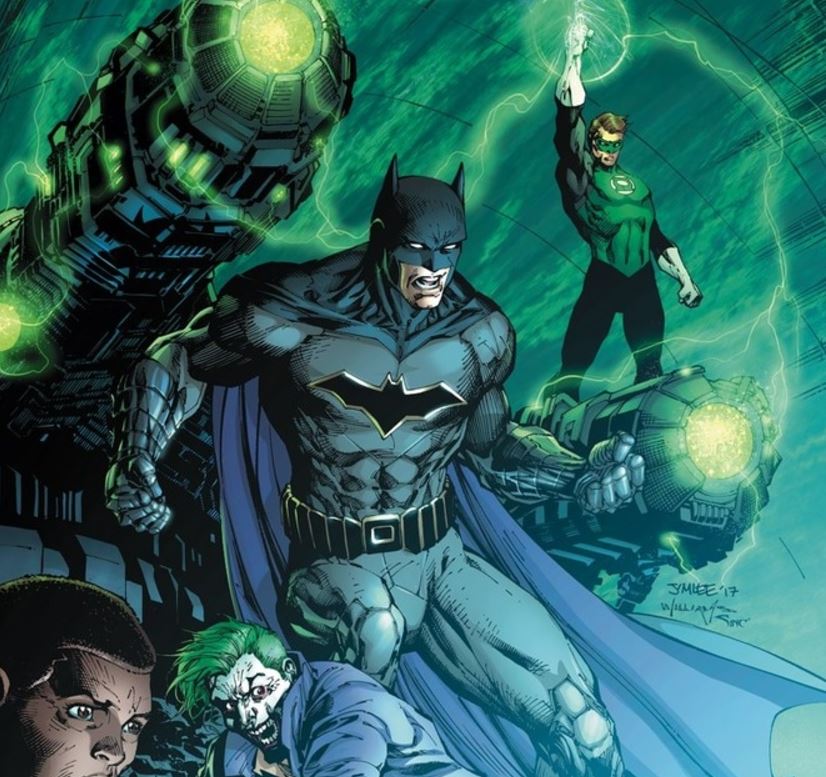 Fueling frightened children’s distorted dreams with nightmarish scenarios and soaking their sheets with gallons of urine, nyctophobia has played some part in every person’s life at some point.

Traditionally defined as an intense fear of the dark, nyctophobia is better interpreted as the “brain’s disfigured perception of what would, or could, happen when in a dark environment.” What if that squeaking sound is actually the nose of a bloodthirsty clown waiting underneath the bed for the opportune moment? Is that terrifying rustling sound a snake slithering underneath your sheets while you slumber?

What if those horrendous hissing noises are snake-clowns waiting for you to doze off before biting you with their venomous fangs and filling your veins with a poison that ruins your complexion and contorts your face into a perpetually villainous grin? Good luck sleeping tonight.

“I know Fear, Diana… The further I follow this mystery, the more frightened I become. Every question leads to more questions.” – Batman, Dark Days: The Casting

Whether preying on the cowardly and superstitious, or enduring assaults from villains embracing it as their modus operandi, Batman is thematically engulfed by the concept of fear. This fear of the unknown, and his unquenchable thirst for knowledge often drives the character to develop contingencies regarding a plethora of “What If?” scenarios. In some instances, these strategic battle plans have been implemented by various villains to do harm to Batman as well as his comrades.

In Dark Days: The Casting, Snyder and Tynion IV use this fear to propel Batman down this path into “The Dark.” Although some of the puzzle pieces have begun to fit together as questions have been answered, more queries have been raised regarding this emergency. However, knowing that the puzzle should come together in the shape of the bat should be useful. It’s just frustrating that a majority of the pieces are as dark as night. Here are 3 answers and 3 questions from Dark Days: The Casting.

1. Who Are the Immortal Men?

One of the largest questions surrounding Dark Days: The Forge regarded the identities of the mysterious Immortal Men. Originally, it was speculated that Klarn as well as Vandal Savage might be two members of the Immortal Men due to the regenerative nature of Nth Metal and the origin of their powers.

Snyder and Tynion IV seemingly confirm this notion as well as other famous members when Carter Hall narrates, “We had found them over many lifetimes, lurking out of sight in human history, unchanging, all-seeing. We had heard rumors of the Rhyming Demon of Camelot. Brothers who keep secrets and mysteries. A man as old as America. The grove of ancient humanoid plants. Keepers of Mysteries and Secrets. Of Sorcerers, Shining Knights, Cavemen, and Phantom Strangers of all stripes. None had ever thought to bring them together. The Immortals.”

Although the identities of many of the Immortals, such as Etrigan and Phantom Stranger, are alluded to with this narration, only The Wizard Shazam, Ra’s Al Ghul, and Ms. Seward are mentioned specifically by name throughout the issue. Certainly, many of these individuals may not be current members of the group or the upcoming comic book. However, this quote does provide some insight regarding potential members of the group’s current incarnation. The inclusion of a collection of sonnets written by Etrigan the Demon in the upcoming comic series would be epic.

2. What Is Their Connection to Nth Metal?

Each of the members appears to have some connection to the metal. In many instances, the members’ powers of immortality or regeneration seem to originate from contact with the metal. Additionally, it appears that some of these members may have constructed mystical weapons using alloys of Nth Metal. Hephaestus used the eighth metal to construct the sunblade and The Wizard Shazam’s dagger was constructed from the ninth metal. Although the degrees of connection may vary between individual members, Nth Metal appears to be a common denominator.

3. What Are Elaine Thomas’ Secrets? 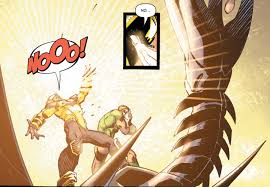 Elaine and Duke Thomas’ connection to Nth Metal appears to be more personal than originally believed. This is explained as the Joker uses Duke to break free from his prison. He then reveals that detected Dionesium toxicity in Elaine and Duke Thomas’ blood has resulted in the designation M-E-T-A. Both individuals are revealed to possess superpowers as the result of this toxicity. Although Elaine’s abilities are never explored, the reader witnesses the manifestation of Duke’s powers as he emits a powerful yellow light from his body. As a result, Duke will potentially play a more pivotal role to signaling the success of Batman’s mission against “The Dark.”

1. Why Would the Gods Help Batman When They Know His Actions Will Usher in a Dark Crisis? 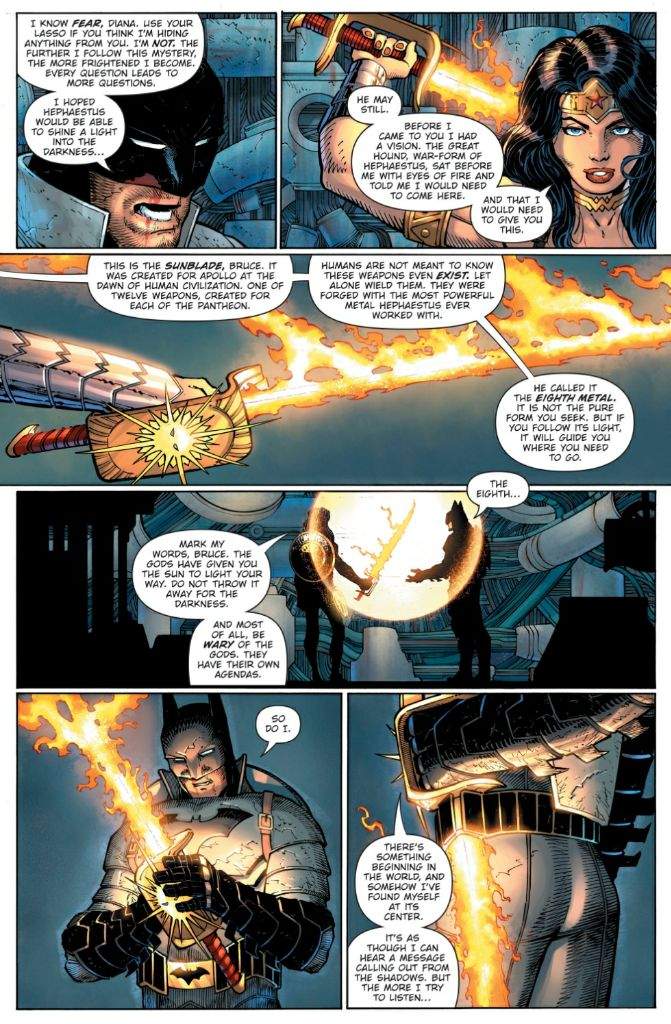 “They believe a war is coming. A war that will not only shape the earth, but the cosmos themselves. A crisis that will shake the very firmament and douse the light of creation.” – Wonder Woman, Dark Days: The Casting

One of the largest questions surrounding Dark Days: The Casting surrounds the true motivation of the gods. Through Carter Hall and the Joker’s narration, it is revealed that this is not the first time that this Dark Crisis has nearly befell the Earth.

The Wizard Shazam even acknowledges that the metal brought forth a terrible demon bent on destruction. As a result, rational thought would suggest that the gods would not wish to usher in this crisis through enabling Batman’s multiverse-destructive behavior with fancy flame-based weapons.

One potential explanation could be that the gods know that this crisis is ultimately unavoidable. As a result, they wish to arm Batman with the light of the sunblade to combat the darkness. There is no better way to combat a darkness that will douse the light of creation than with a flaming sword that is a perpetual source of light.

Wonder Woman even implores Bruce to not give up light in favor of the dark. Unfortunately, it appears that she has tragically forgotten his other nickname: The DARK Knight. Bats favor the dark.

2. Who Is the Bat-Demon? Why Has He Been Waiting for Bruce Wayne Since Before the Dawn of Civilization? 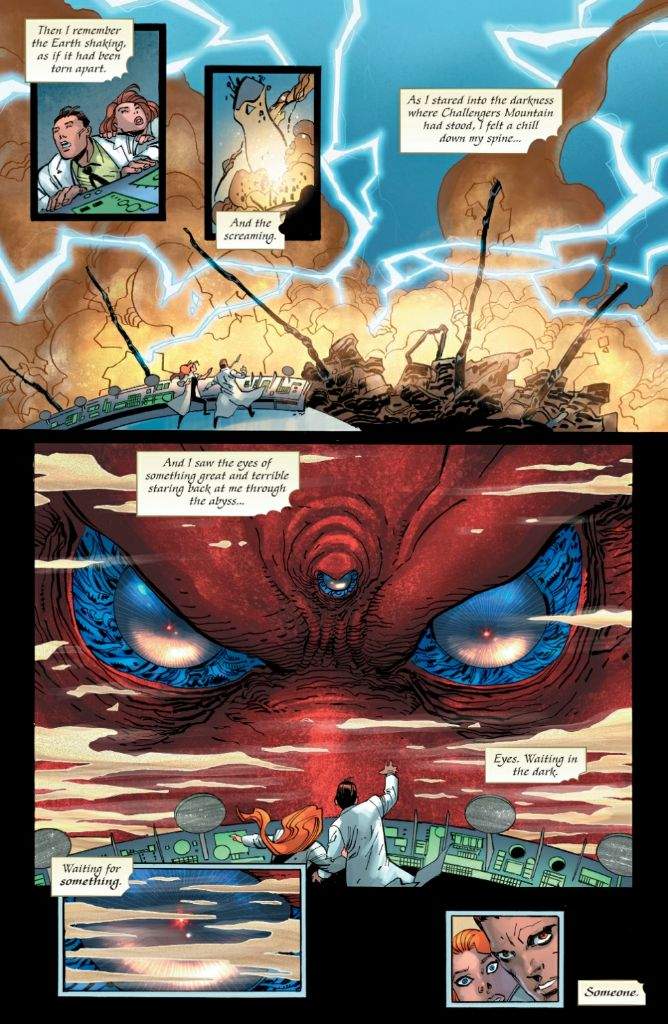 Revealed during the juxtaposition of Carter Hall and Joker’s narration, this scourge of mankind has taken the form of a bat. It is also explained that this demon has been staring at the world from “The Dark” as it waits for someone. Ultimately, it is suggested that the individual that this demon anticipates is Batman. One can assume it is due to that fact that the demon knows Batman will free him from his prison.

One theory is that this demon is the latest interpretation of the demon, Barbatos. This demon and its legend were last explored by Grant Morrison during The Return of Bruce Wayne. During this story, members of The Black Glove attempted to sacrifice Bruce to gain immortality from the demon. The demon’s previous connections to immortality are thematically similar to the various iterations of immortality granted by Nth Metal and its various alloys. This adds a certain amount of credence to this “working theory.”

However, how could this demon have known of Batman since before his creation? Is the demon prophetic?

3. Additionally, Who Are the Robed Cultists? Who Are They Planning to Sacrifice? Have They Been Preparing Bruce Wayne to Become a Bat-Man for His Entire Life?

During the events of The Return of Bruce Wayne, the Miagani Tribe was inspired by Bruce’s heroic actions to worship bats. If the bat-demon that cursed the Nth Metal is truly Barbatos, then these robed cultists must certainly be a modern iteration of the Miagani Tribe. It is also apparent that these cultists wish to sacrifice Bruce in order to release the bat demon.

The attempted, or successful, sacrifice of Bruce during Dark Knights: Metal would also satisfy the Joker’s recurring statement that all of this has happened before as Bruce was nearly sacrificed for a bat-demon during the events of The Return of Bruce Wayne.

Additionally, legends of a Bat-Man passed down from one generation to the next would ultimately provide the cult with information regarding Bruce. Thus, they would be able to influence Batman’s creation from a young age.