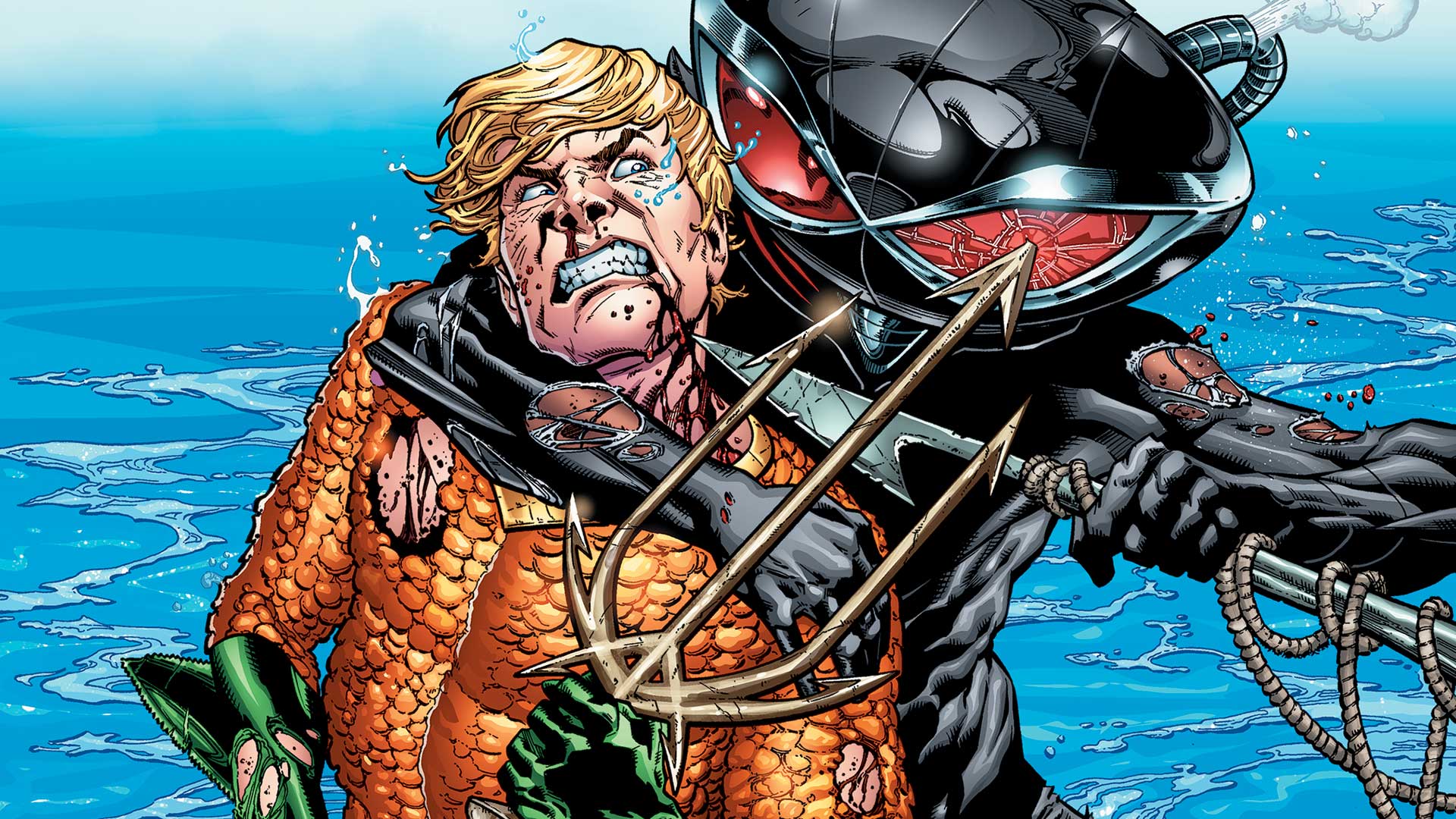 Check out Our Review [WITH SPOILERS] for Aquaman #2!

I really, really hope that director James Wan and company are paying attention to the Rebirth issues of Aquaman, because Dan Abnett and his team of artists have captured something here.

Case in point, Aquaman #2. All the movie folk need to craft a compelling and personal Aquaman versus Black Manta story is right here in this issue. Abnett effectively uses flashbacks to recap the personal struggle and tragedy between Arthur Curry and Manta, and in doing so, presents the history of a DC rivalry for the ages.

I Have Very Strong Feelings for Black Manta!

I love Black Manta. I have loved Black Manta since Super Friends, and the Manta presented by Abnett in Aquaman #2 is exactly what I want out of this character. No convoluted backstory, no rejiggering of history, just an intense personal feud between hero and villain that threatens to burn the oceans.

The best part is, the first part of this Aquaman versus Manta war doesn’t take up six issues of story, it’s all told in two issues; two issues of action-packed, teeth-gritting excitement that should be the jumping off point for the Aquaman film if DC Entertainment is smart. Yeah, act two of the story begins this issue, but Abnett and company give the reader a complete, satisfying story beginning to end and I can’t wait to see what happens next.

Because We Have No Choice But to Care!

There is also humanity to this issue as Abnett surrounds Aquaman with compelling, supporting players that makes the world of Aquaman that much bigger. Readers care about these folks as soon as they arrive on the page and this is thanks to Abnett’s masterful handling of this comic. My only complaint is that there is not nearly enough Mera in this issue.

Aquaman #2 is the total package from soup to nuts. Abnett co-introduced the modern day Guardians of the Galaxy to the world and Marvel made some major film bucks on that little project. Hopefully, DC films will swim the same currents as Abnett and company because this is some very good stuff.