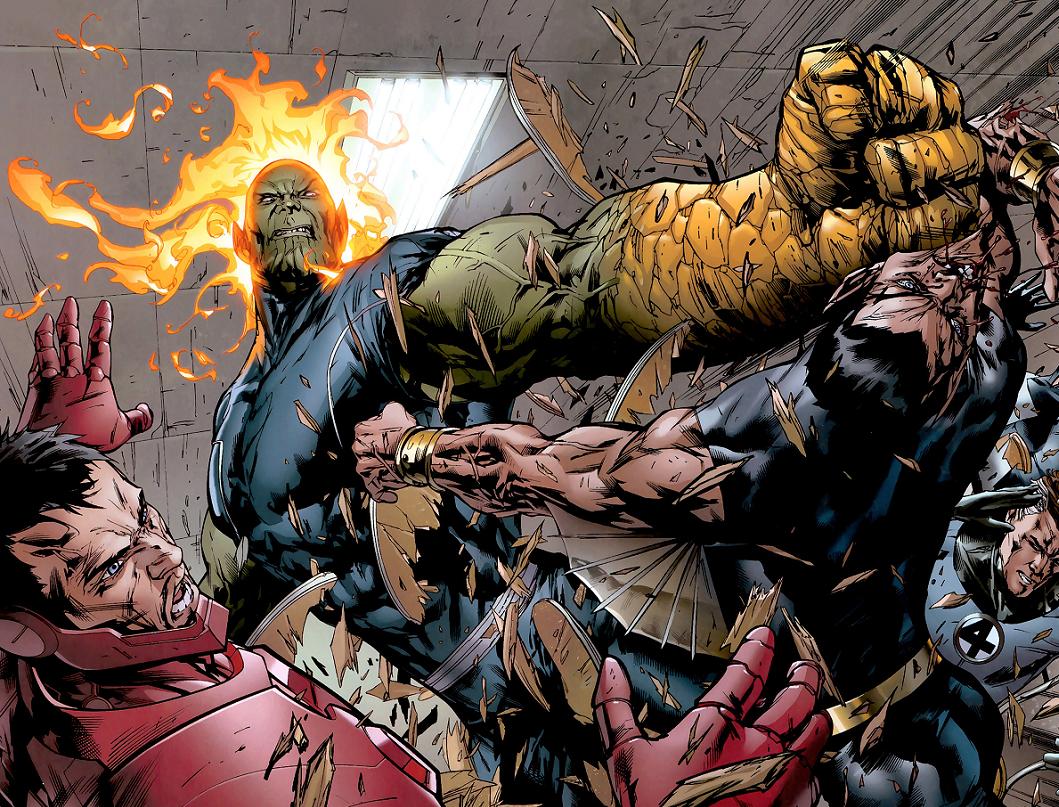 Rumors continue to swirl about Marvel and Fox joining forces in the near future. Dreams about The Fantastic Four mingling with The Avengers are dancing in the heads of fanboys and fangirls. But could these two massive, superhero-producing studios actually get along? It turns out they’ve been cooperating the whole time.

Guardians of the Galaxy Director James Gunn appeared on the Pointless Podcast some time ago, and talked about the character rights for each studio when he dropped a tidbit regarding one particular intergalactic species.

In regards to the Badoon, they were pegged into appearing in the first Guardians movie, but Fox put the squash on that. Instead, the heavily armored Sakaarans were used as Ronan the Accuser’s army, which still served the movie well.

Circling back to the ambiguous Skrulls ownership, Gunn recently clarified the Skrull rights on twitter.

Some specific Skrulls are at Fox. But the Skrulls as a whole are co-owned. https://t.co/2hJYkskLZ3

So it appears that while Fox owns the rights to many of the specific Skrull characters comic book fans know, the race as a whole can be used by either studio, similar to the loopholes for Quicksilver and Scarlet Witch. The ownership of numerous characters has been a confusing story to follow since Marvel first sold character movie rights years ago; the Skrulls are one of those properties languishing in-between. Although they first appeared in The Fantastic Four (owned by Fox), their presence has been felt throughout the Marvel Universe.

So could today’s revelation from Gunn mean something bigger is coming to Marvel movies? Perhaps the Skrulls play some factor in next year’s Guardians of the Galaxy Vol. 2. They are shape-shifters, so perhaps they are impersonating that group of Ravagers under the ruling of Sylvester Stallone? James Gunn already brought the Kree into the MCU fold, perhaps he is the man capable of doing the same to their alien arch-rivals.

Maybe this is the first domino to fall in the effort for a joint Marvel/Fox universe. Should Marvel bring the Skrulls into the MCU (something not likely, even during the impending Phase 4), it could serve as the connection to The Fantastic Four’s introduction. At the very least, bringing some shape-shifting extraterrestrials into the mix would be an awesome way to shake up either Fox or Marvels superhero realms.