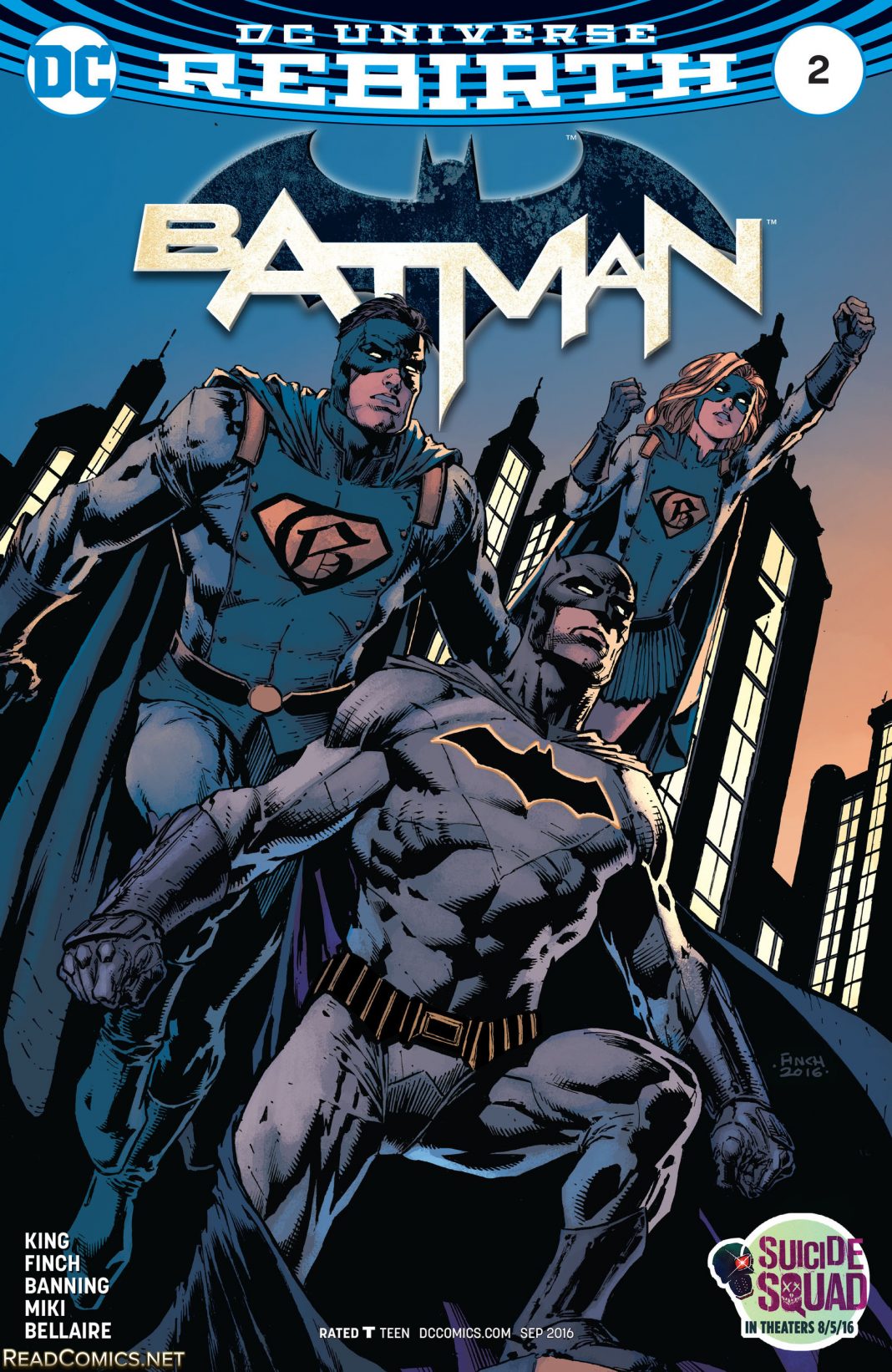 Check out Our Review [WITH SPOILERS] for Batman #2!

The last two issues of Batman have really just been new superstar writer Tom King getting his Gotham sea legs. They have been action-packed, but weren’t exactly loaded with story.  Batman #2 is almost exactly what I was hoping for when I learned King would be taking the reins of Batman.

In Batman #2, King gets to play with Alfred and Commissioner Gordon while spotlighting the new heroes on the block, Gotham and Gotham Girl. There is plenty of story in this issue and King handles it all very well. The issue kicks off with Batman helping the two new neophyte heroes against the first Rebirth appearance of Solomon Grundy. And yes, DC fans, it is the classic Grundy because Rebirth is a gift that just keeps on giving.

Gotham and Gotham Girl are given to the reader in small doses with just enough revealed to keep a reader interested, but not enough so that King reveals all his cards. The action is tautly paced and the character work is extraordinary. To craft a good Batman book, a creator must write an effective Alfred and Gordon, and this issue, King proves he can do just that.

In all honesty, Batman #2 is a fun day in the life of Batman, something fans haven’t been treated to in a while. It feels original enough to be considered fresh but also hits many classical beats that Bat-fans love.

This issue also features David Finch at his best as he nails the action but also hits those great human moments between all the classic Bat players. And finally, the overarching threat is revealed as King seems to be looking for some synergy between DC films and TV (Gotham in particular).

Batman #2 is a loaded bag of Bat-goodness as King finally finds his Bat voice. And while this issue still hasn’t reached the heights of King’s other works like The Vision and Sheriff of Babylon, by golly, we’re getting closer.