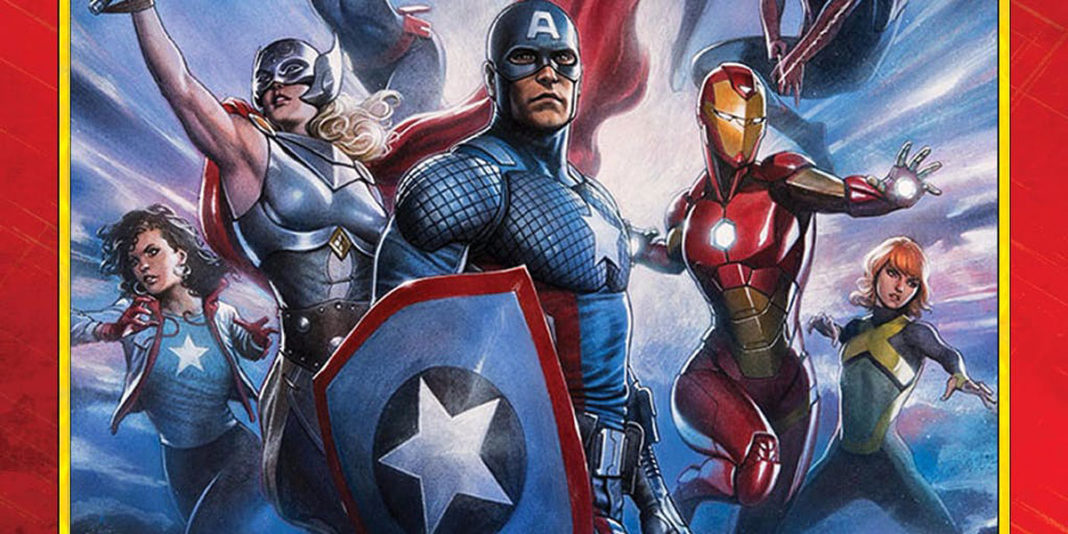 As Secret Empire # 1 hit the comic shelves this week, Marvel released a statement asking fans to let the story play out before forming an opinion.

“At Marvel, we want to assure all of our fans that we hear your concerns about aligning Captain America with Hydra and we politely ask you to allow the story to unfold before coming to any conclusion.”

The story arc starting in Steve Rogers: Captain America has been highly scrutinized by some. Captain America is brainwashed and is now aligned with HYDRA. Some have claimed making Captain America an agent of HYDRA is “highly disrespectful” to the memories of creators Joe Simon and Jack Kirby because they were Jewish.

Quite frankly, I, a gentile, think it is ridiculous Marvel would need to release a statement. This is a comic book story after all. Is that what we’ve come to as a society? Marvel needs to tell fans to let a comic story happen before jumping to conclusions? REALLY?

I have a few things to say about the public’s outcry.

1. First, I think a lot of the people out there who are “offended” (a word that’s lost all meaning these days) don’t read comic books.

You have people who aren’t reading the stories, but weighing in on them like they are some sort of authority. If the people hurt by Cap’s “betrayal” honestly read the comics, then they’d know about the Red Skull’s use of the Cosmic Cube, which brings me to my next point.

2. There’s been a lot of misinformation about Secret Empire‘s build-up and how Captain America came to align himself with HYDRA.

A lot of articles online leave out the fact The Red Skull used the Cosmic Cube to rewrite history, so the history of the World was changed, effectively making Cap sleeper agent for HYDRA. I feel a lot of the people reading the articles online — who think Cap has been a HYDRA agent this whole time — don’t know anything about the Cosmic Cube’s role. Hence, their outrage.

I will admit I wasn’t too familiar with Secret Empire‘s build-up. I decided to fix that by buying back issues of Steve Rogers: Captain America to better understand the story and where it’s coming from. If I am going to comment on a story, I might as well get familiar with it. As the kids say these days, “I got woke.”

Even if Cap is part of HYDRA now, Brian Quinn brings up a great point on episode 334 of the podcast Tell’em Steve-Dave. Quinn points out that Cap is brainwashed, and therefore not a true villain. In fact, he’s the victim of this story. Would you hold someone’s actions against them if they’re hypnotized? No. If you do, you’re a jerk.

3. Also, I think a lot of people are injecting politics into Secret Empire when there aren’t any.

Do you believe Steve Rogers: Captain America and Secret Empire writer Nick Spencer would sit down in front of his computer and say, “Today, I want to piss off fans and write a story where it turns out Captain America has been part of HYDRA this whole time. I want everyone to hate me?” No. I think people are projecting their own insecurities about America today onto the comic story, causing their anxiety.

4. Finally, let’s remember this is a comic book story.

Unless this is happening in the real world, we shouldn’t be “upset” or “outraged” by Secret Empire. Comic fans can be passionate, but let’s not let that passion get out of hand. Keep in mind these are fictional characters we are talking about.

You shouldn’t lose sleep at night over what happens in a comic book. Obviously, you can have an opinion on what goes on in the pages of your favorite book, but keep your emotions in check. Up until now, the barrier between fans and creators was big. Back then, if something happened in a comic we didn’t like, we fans talked about it to each other but kept it civil.

Even if we don’t like what happens, we can’t attack the writer or artist online, which happened last year when Cap exclaimed “Hail HYDRA!” Nobody should be threatened because of what they write in a comic book story. As in, ever.

When talking to a friend of mine named Evan about the whole hub-bub surrounding Secret Empire, he said “If Marvel turning Captain America into the leader of HYDRA for a story is enough to break you, I recommend not watching the real news.”

So, with all that said, if you’re going to have an opinion, have an informed opinion. Don’t just go by what others say. Read Secret Empire or the Captain America books leading up to it for yourself, then decide what you think. You may find all the anger you’re feeling might be for nothing.