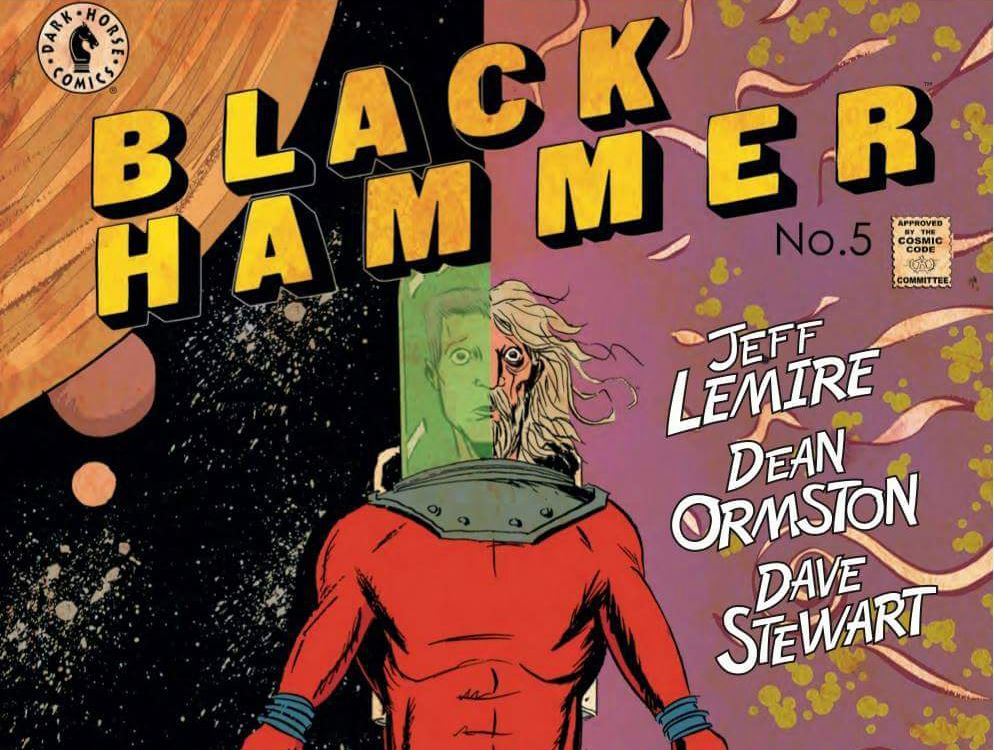 In last month’s Black Hammer, Colonel Weird showed up just in time to save Abraham Slam’s dinner party. The Colonel is the focus of this month’s issue. Who is he? Why is he Weird? Let’s find out with our especially informative review of Black Hammer #5.

Until now, Colonel Weird has been seen floating in and out of the lives of our displaced heroes, looking haggard and harried. He’s obliquely mentioned the Para-zone and a relationship with Talky Walky.

As his origin is revealed over the course of the issue, we learn that Colonel Weird wasn’t always weird. In fact, at one point he was a clean-shaven space explorer with a robot sidekick.

A side trip through a dimensional portal deposits the Colonel in the mysterious Para-zone and turns his life upside down. Colonel Weird is untethered from reality, appearing to different people at different points in space and time. This takes a mental toll on him, a toll so great that he makes a decision that will haunt him no matter where he appears.

Colonel Weird is equal parts Adam Strange and Doctor Manhattan. The unlikely mashup gives the character a deeply affecting sense of tragedy that I didn’t expect. His exchange with a desperate Golden Gail is particularly moving. Colonel Weird’s desperate gamble to curb his loneliness sheds a final tragic light on his plight that will stick with you.

Black Hammer continues to impress as each month adds exciting new layers to the unfolding story. Next month’s issue promises to give us the origins of the sorceress, Madame Dragonfly. With that revelation the team will stand fully revealed, allowing the story of Black Hammer to move onto its next phase. I’m looking forward to it.

I’ve said it before. I’ll say it again. Do yourself a favor and pick up Black Hammer. You are going to love it. 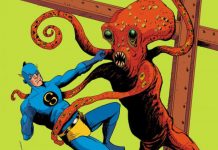