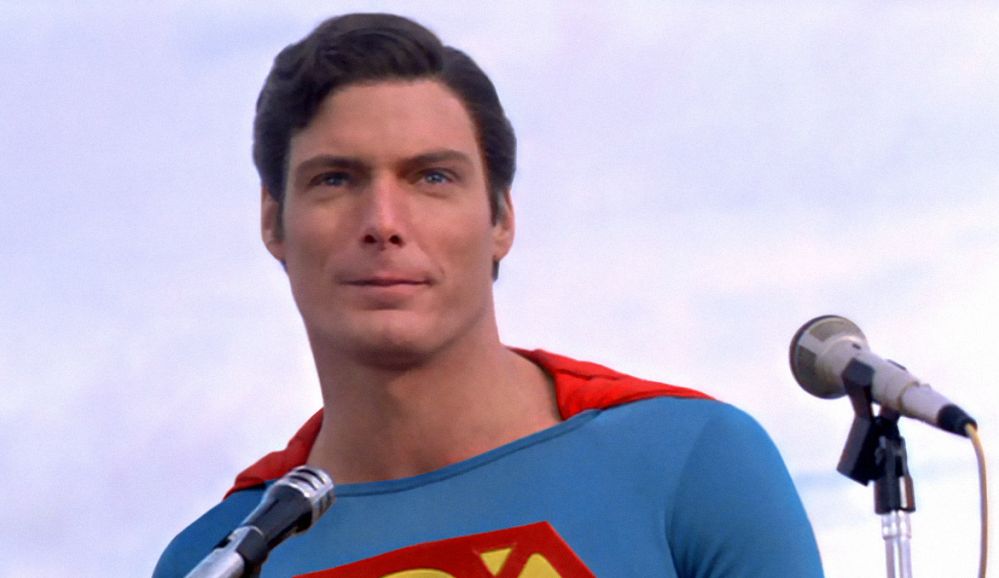 In an unexpected turn of events, the Justice League held a press conference in front of the North American Hall of Justice site located in Washington, DC. The press release, imploring all worthy news sites — including The Source — to head to said locale was a bit surprising, but not because the Justice League called a press conference; this act, in and of itself, is a pretty regular occurrence. What made this reporter’s jaw scrape his sternum was the subject matter; the League usually stay out of American and/or foreign politics, but in this particular release, it was quite clear the League, specifically Superman, would address the nation regarding the 2016 election results.

Superman, positioned proudly at the podium and positively aglow in his usual mixture of strength, compassion and understanding, waited until the nervous chattering between news agencies subsided before he cleared his throat, acknowledged his assembled teammates, flashed a smile, and turned back to the anxiously twitching droves of assembled anchorpersons. After another gentile smile, Superman situated a few sheets of notebook paper across the podium, looked up, and addressed the crowd.

“Thank you, everyone. Thank you for meeting us out here on such short notice. I know there’s already a lot going on, so I appreciate your time, and your ability to seriously consider the concerns and exploits of people who regularly wear capes to dinner (the crowd laughs).

So, today’s conference is a little different. Okay, it’s very different. We’re not going to talk about a fleet of sentient battle planets that nearly phased Earth into a dimension teeming with moon-sized cancer cells, or the latest super-villain exchange that almost incinerated North Carolina. Today…today, I want to talk to you about the election, and some of the concerns you might have regarding the outcome.

When I mentioned the different nature of today’s conference, I truly meant it. Although gifted with extraordinary powers, we are not above you. We are, like you, still fallible, and led by our hearts and sometimes limited perception and perspective. It’s because of this, because of our shared imperfection, that we will never insert ourselves directly, unilaterally, or otherwise, into the workings of current political structures. Unless an unpopular, elected official grows tentacles and threatens to consume the Earth’s core (he smiles, the crowd laughs softly), we will never allow ourselves to directly inhibit the will of the people.

However, we are very aware the candidates of this particular election cycle came with quite a few…well, to be frank, they raised a lot of concerns. And the gentleman who actually won the election? Well, as concerned as we were about both candidates, his behavior has oft-times appeared, well, doubly concerning.

For those of you upset by this, and not simply by the election results, but at a process that offered candidates ostensibly more disingenuous than most, I wanted to say….Look, don’t stop. Don’t stop being…well, you. You are moral, strong and compassionate, and you share these traits within your world, enriching those within your immediate sphere of influence who, in turn, extend this kindness and enrich their own.

Because you’re you — a smart, sympathetic, caring individual who employs logic before giving into baseless, unfounded anger — we, the Justice League, simply ask…I’m simply beseeching you to continue this…to continue believing and perpetuating in this honest and fulfilling manner.

You see, now is not the time for a wounded malaise to swallow your virtuousness. Now is not the time to consider goodness as an amenity, or a triviality employed incrementally for fear of infringing on a perceived, less compassionate national attitude. Now is the time, more so now than ever, to remain…you. You are still responsible. You still design, construct, fulfill and express your own destiny. You are still the shaper of your world, and by extension, ours.

And if it’s still too much; if it truly becomes too much and love is reduced to a punchline and hope is no longer a substantial currency enabling the infinite financing of your dreams…well, we’ll be here. We’ll be right here. We’ll pick you up, and as always, we’ll have your back.

You remain you, we’ll remain us, and we’ll still rise again tomorrow, stronger and more fulfilled than the day before. You see, the narrative is cyclic, but we’re not. We know the patterns, and can avoid them them by simply remaining…well, us.

Thank you for hanging in there with me today. I know that went on a little longer than necessary. And I can determine that by the intensity of Batman’s scowl (the crowd laughs). Anyway, thank you. And look…please don’t worry. You’re a lot better at this than you think.”