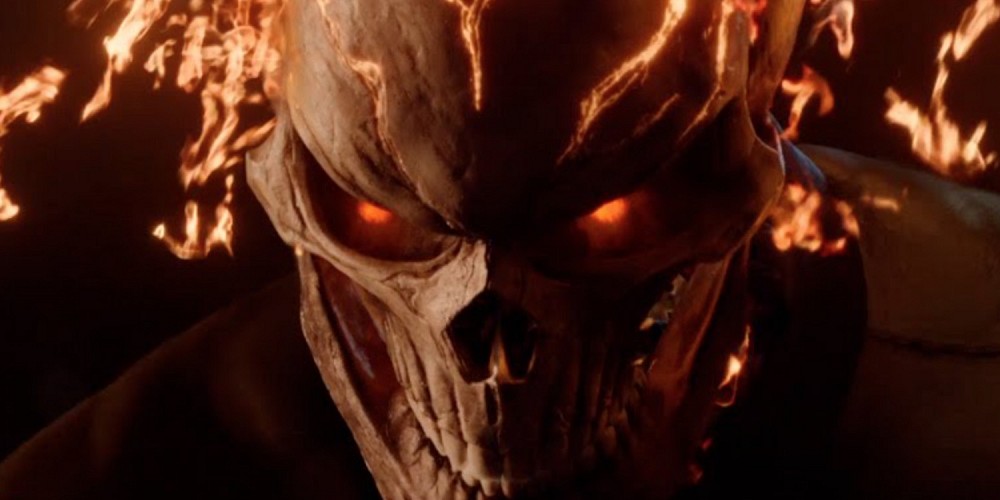 Times haven’t always been great for Ghost Rider. It was back in 2007 (a time when comic book movies were still finding their footing) when Nicolas Cage was cast as Johnny Blaze. The movie was poorly received, but did well enough at the box office to allow a less appealing sequel to be made. Before a third could get off the ground, the rights reverted back to Marvel Studios in 2013. The hope was that Kevin Feige and his brain trust could get the Rider back on track.

However, instead of bumping the supernatural superhero to the main Avengers roster, he was randomly tossed to the minor leagues for a stint on Marvel’s Agents of S.H.I.E.L.D. Now, this wasn’t the crazed, Cage-ified Blaze version we’ve witnessed previously. Instead, it was a more comic-grounded Robbie Reyes incarnation, perfectly performed by Gabriel Luna.

While the addition of Reyes hasn’t helped S.H.I.E.L.D.‘s ratings, the die-hard fans of the show have taken notice. They know Ghost Rider won’t be on the show forever, so now people are trying to convince Marvel to continue Reyes’ story any way they can. As he told Comicbook.com, Luna is down to continue the role as the possessed hero… should it be as a movie, or spinoff.

“I don’t have a preference. People talk about ‘Ah man, he’d be great as a feature,’ which is [an] idea too… It could be in the cinema, it could live on Netflix, whatever it is.”

While Luna would love to continue riding his flame-powered muscle car, ultimately the decision isn’t his. Fans have been pushing Marvel to make a plethora of solo projects (getting their wish when it came to a Punisher spinoff). Black Widow, Squirrel Girl and others have all had petitions made in their honors for starring roles. However, Luna likes the possibility of a Ghost Rider spinoff, especially since the idea has already been discussed by Marvel brass.

“It’s been talked about, there’s definitely deals in place for that potential. But I just take it one day at a time. I have so much fun now I just want to make sure I get these episodes right. If they throw more episodes on my plate, I will do my best to do well with those stories as well.”

Now, the deals in place could mean a variety of things. The most obvious direction would be Robbie Reyes being bumped up to an Agents of S.H.I.E.L.D. series regular and joining the Task Force as a regular member. There’s also the option of a Ghost Rider solo series, either on ABC or Netflix. The latter would enable him to assist The Defenders if needed! The last and most unlikely scenario would seem to be the idea of a Marvel-produced Ghost Rider movie. However, there is a twist to that last option.

What if Ghost Rider appears in the big screen, but not as part of his own movie? We’re at a point with Marvel movies where, if characters from one franchise show up in another, it doesn’t really matter. We all know they exist in the same universe, so why wouldn’t Ghost Rider be able to drop by another Avengers movie? Perhaps he fits into a Thor movie… or Spider-Man. The most obvious answer? A Doctor Strange sequel. Ghost Rider and Stephen Strange have crossed paths before in the comics, so maybe if the Master of the Mystic Arts gets involved with a demon dimension, he can turn to the man with the fiery skull for help.

If any Ghost Rider projects are on the horizon, it will still be some time before we see that sun rise. Until a formal announcement comes, we should be happy with the terrific Robbie Reyes’ version of Ghost Rider we get to see every week on Agents of S.H.I.E.L.D. If he continues to shine in the role, then perhaps that’s all Marvel needs to pull the trigger on a Ghost Rider solo project. Just make sure to leave Nic Cage’s Johnny Blaze stuck in hell.