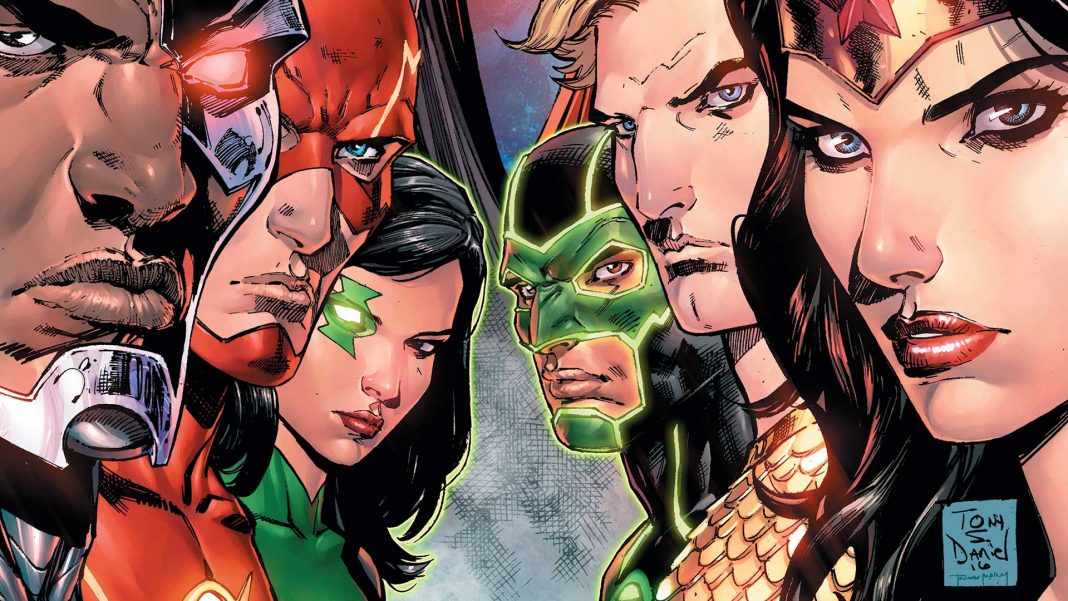 Comic Book creator Bryan Hitch draws the hell out of everything, and now he writes the hell out of everything. Give his pre-REBIRTH run of Justice League a try; you won’t be disappointed. Thankfully, his tenure on DC’s premier super-team continues into the REBIRTH era as he acknowledges and shakes up the status quo, introduces 2 new Green Lanterns and a very familiar but suspiciously alien, pre-Flashpoint Superman, and commits to introducing and utilizing mostly new villains.

In the following interview with our friends at DC All Access, Bryan discusses his plans for the Justice League, the purpose of Justice League: REBIRTH, and his preference for utilizing brand new adversaries.

“Rebirth for me, is something of a mission statement. We’ve all read Justice League comics – and I [wrote] Justice League of America, as well. It was important to reset the ground rules and say, ‘This is who the team is, this is how they work, this is the kind of stuff they’re going to have to deal with.’ I also wanted to [use the issue] to start some slightly different relationships with the team. Rebirth is just a hint of that. ”

“They’re all going to be new [villains in the series]. Because we’ve got the core characters – we’ve got two new Green Lanterns, Superman, Batman, Flash, Wonder Woman, Aquaman, Cyborg. I’m going to do what I intended to do had I stayed on JLA, which was introduce all new villains. You may see classic villains but they won’t be “THE” villains of the piece because with them, you kind of know what to expect, you’ve seen it before. Though those [familiar villains] may play into the larger story themes and story ideas, I think springing new stuff on people is a lot more fun. [Back] when I read comics, it was all new.”