Home COMICS CHAMPIONS #2 Adds a New Member to the Mix – Your First... 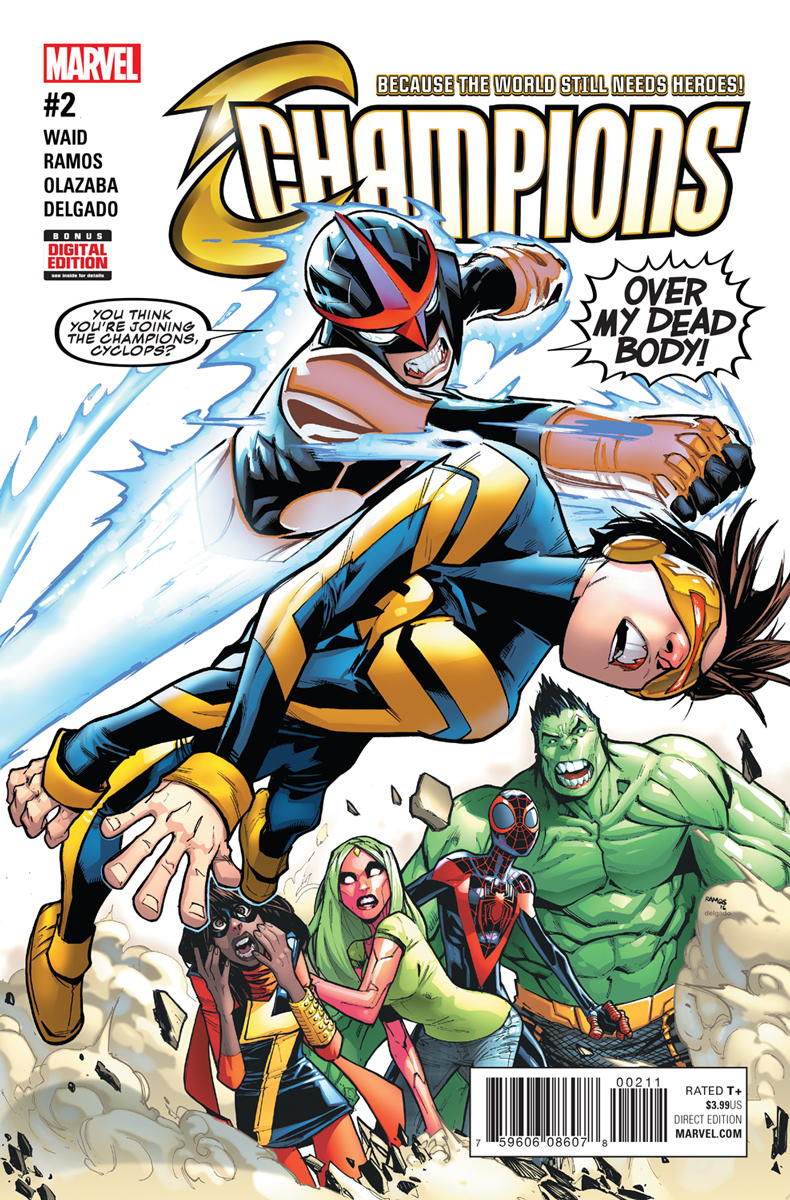 It’s the series that’s been called “a breath of fresh air” (Newsarama), “a revolution” (ComicBook.com) and “a diverse and empowering team for a new generation of readers” (ComicsVerse) – and they’re about to get a new member! Today, Marvel is pleased to present your first look inside CHAMPIONS #2 – the thrilling next issue from Eisner Award-winning writer Mark Waid and Eisner Award-nominated artist Humberto Ramos!

The Champions’ mission to “change the world” has reached the ears of a prospective new member – Cyclops! Looking to escape the shadow of what he may become, Scott Summers seeks to become a full-fledged member of the Champions. Only not all of his would-be teammates feel the same way! Welcome to the Champions, Cyclops – hope you survive the experience! Don’t miss CHAMPIONS #2 – coming November 2nd!

But fist, check out the following selection of variant covers and finished, unlettered, interior pages!

Did you miss the first issue of Champions? Look for a new printing of Champions #1 also hitting stores on November 2nd!