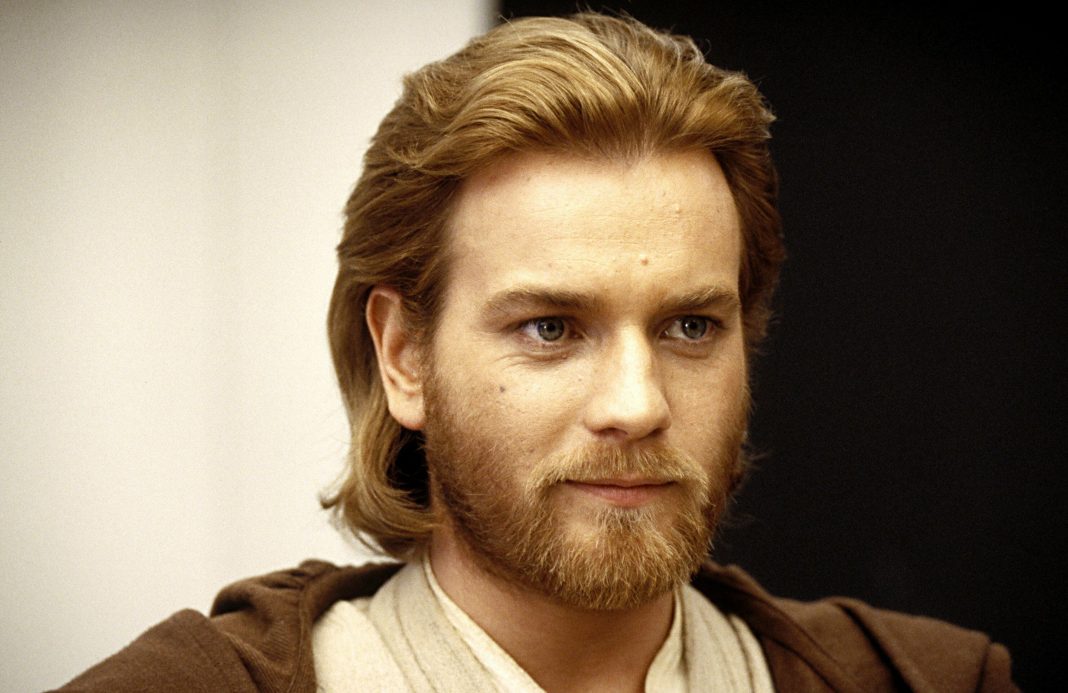 Help us Ewan McGregor…you’re our only hope. Well…our only hope to get an Obi-Wan Kenobi movie off the ground.

There is a great divide regarding the Star Wars prequel trilogy. On one side are the people who argue that Episodes I, II and III aren’t that bad, while individuals on the other side will throw you straight into the Sarlacc pit just for mentioning that the pod racing scene was pretty neat. However, if there’s one things we can all agree on, it’s that Ewan McGregor was perfectly cast as a young Obi-Wan Kenobi.

In a career filled with plenty of solid roles, it’s his performance as a young Jedi during the turmoil of the Clone Wars that he seems best remembered for. It was even a treat just to hear his voice in The Force Awakens when he showed up in Rey’s Force Vision (remember: “These are your first steps.”). To top things off, McGregor doesn’t seem like he’s ready to pack up his lightsaber and head to retirement on Tatooine just yet.

“I could make two films about Obi-Wan Kebobi!”

That’s McGregor talking to the French outlet Premiere regarding his directorial debut American Pastoral. Like most conversations that Ewan takes part it, the direction quickly turned to his time in the Star Wars Universe, and if he’d have any interest throwing on the Jedi robe once again.

“I always thought there was a story to tell between the last one I did and the first Alec Guinness. There are no plans, no one approached me. But I’d be willing to do so. It would be fun to turn that story now that I’m older. I have the right age for that matter. I am 45 years, Alec Guinness had what, sixty? I could do both (laughs)!”

When we last saw McGregor’s Obi-Wan in Revenge of the Sith, he was passing off a baby Luke to Uncle Owen and Aunt Beru. Are we to believe that he just headed into the mountains and spent the next 19 years watching over Luke? There’s a lot of time between then and A New Hope, and plenty of great stories to tell. As we’ve seen with Star Wars Rebels, the galaxy is going through a lot of turmoil during this period and Obi-Wan could be right in the thick of things.

Of course, Star Wars and Disney will not move forward on anything until they see how their first two spinoffs perform. If Rogue One and the future Han Solo project are financial successes (and of course, they’re going to be), then the doors to creating a massive Star Wars cinematic Universe will open, and open wide. And if any character is going to be at the top of the list, it has to be Kenobi. Plus, as McGregor implied… there are plenty of different directions you can take a Star Wars spinoff.

“They have a kind of carte blanche to do stories in this universe that are completely different. It is their challenge. Marvel is critical because it is always more or less the same movie every time, the same pattern. Hopefully they will explore different genres under the banner Star Wars. And one of them could be a feature film Obi-Wan Kenobi. Or two! Obi-Wan Kenobi Story Part 1 and Part 2!”

Let’s not get ahead of ourselves… one will suffice for now. The untold story of Obi-Wan Kenobi would be something Star Wars fans would flock to the theaters for. Bringing Ewan McGregor back would follow in the footsteps of Harrison Ford, Carrie Fisher and Mark Hamill in keeping the Star Wars Cinematic Universe fully connected.

The only question is — with Rogue One coming out this year, Episode VIII in 2017, and Han Solo and Episode IX on the horizon–when would you even be able to squeeze in an Obi-Wan Kenobi movie? The short answer is, who cares! If McGregor is ready to go, and Star Wars spinoffs prove profitable at the box office, then nothing short of a rampaging horde of Rancors should get in the way of making this a reality.