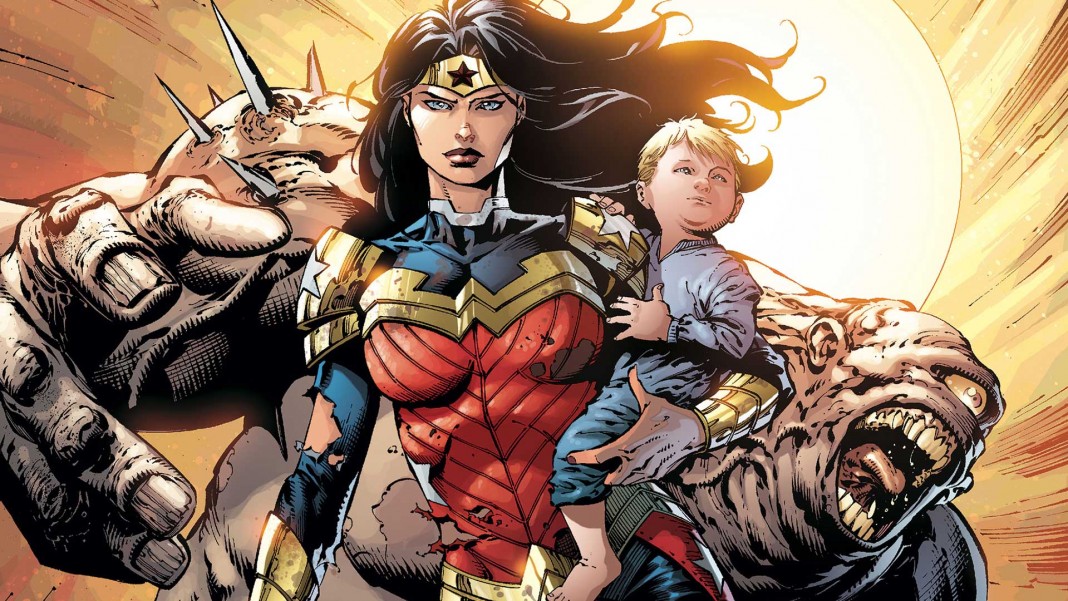 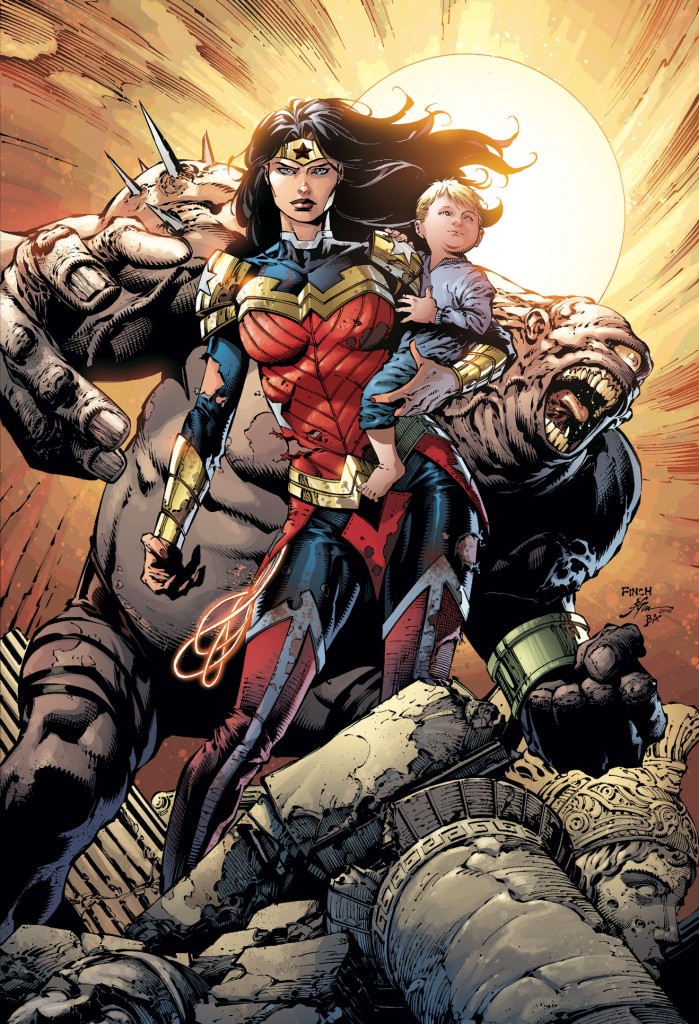 A mysterious illness that could affect all of Olympus strikes its first victim: Baby Zeke! Can Wonder Woman find the cure in time? It’s the start of a new quest that will redefine the God of War! 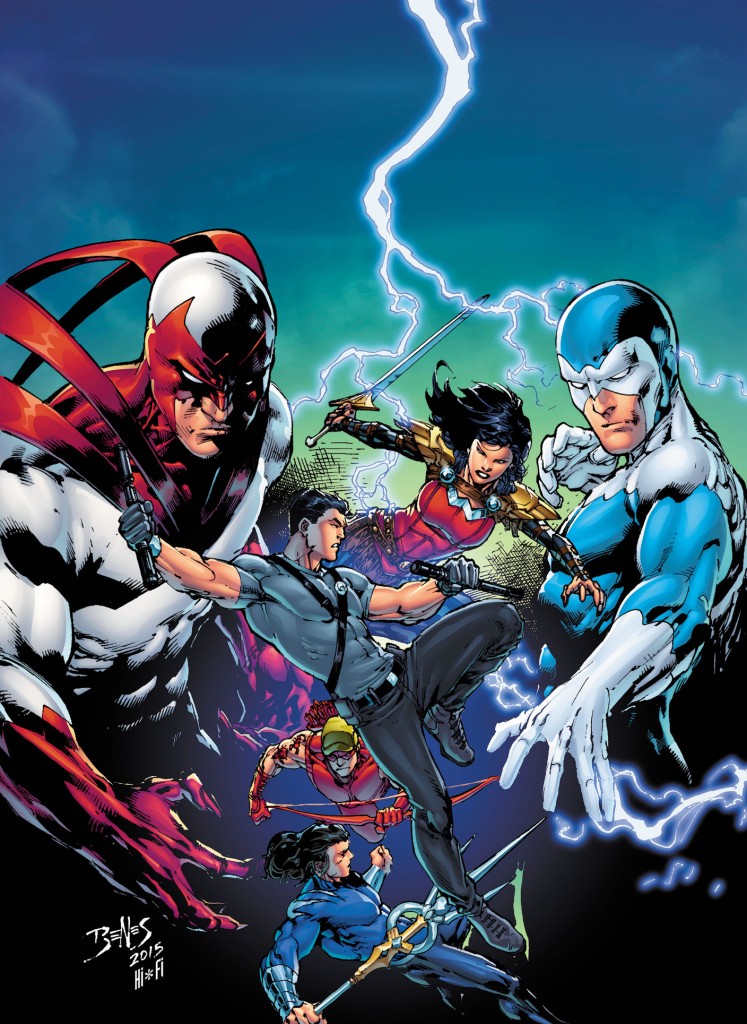 Enter Hawk and Dove…drawn to a mystery that threatens to destroy the perfect balance of their partnership. And the lost and scattered Titans—Dick, Donna, Garth, Roy, Gnarrk, Mal and Lilith—battle to discover the dark secret that unites them, but time is running out. Can they make sense of their twisted dreams before the escalating nightmare overwhelms them? 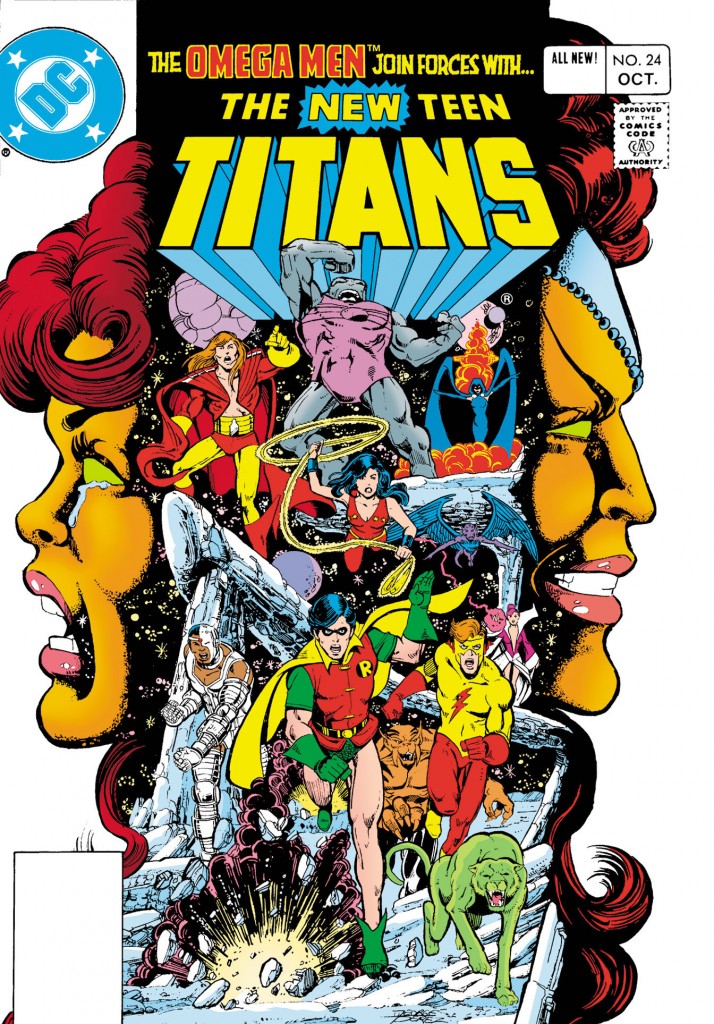 When Cyborg’s ex-girlfriend is murdered, Robin, Kid Flash, Wonder Girl and Raven must search for answers deep within a terrifying cult. Their hunt brings them face-to-face with the Church of Blood, forcing them to fight for their lives! Collects THE NEW TEEN TITANS #21-27 and ANNUAL #1. 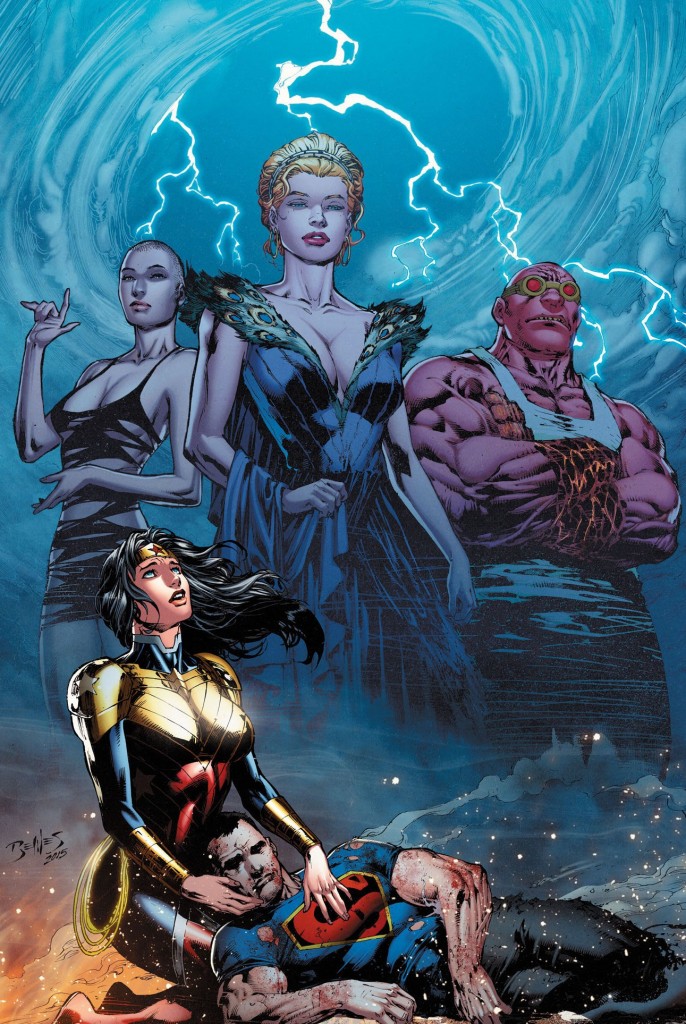 “The Savage Dawn” continues! Diana presents a badly wounded Superman to the Greek Gods to see if they will restore him to his former self. But before they can decide, they first must determine if he is truly worthy. 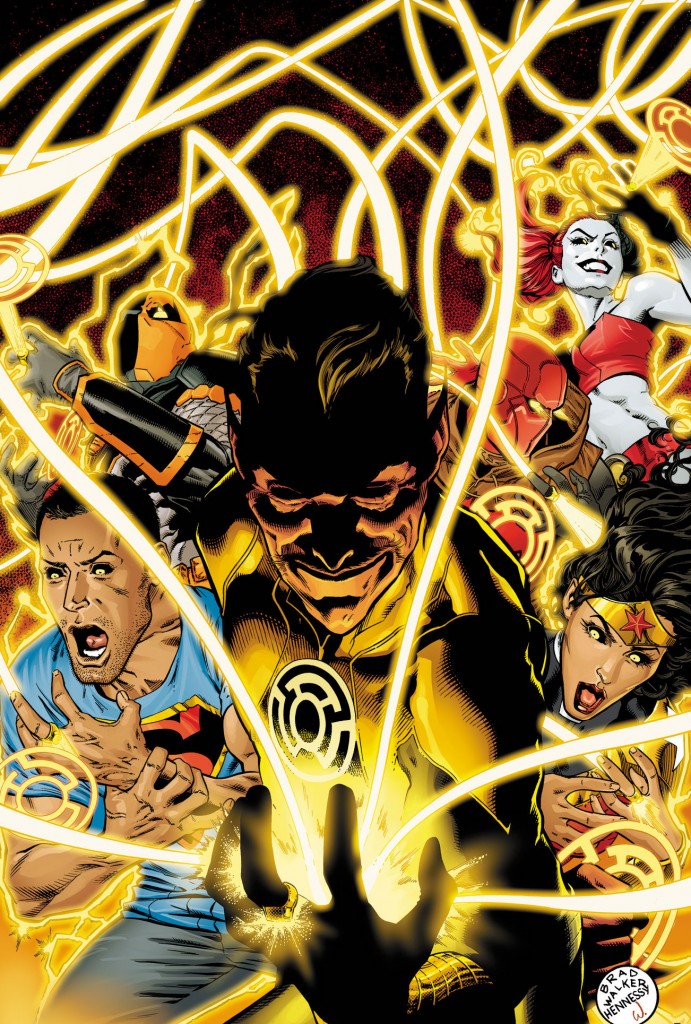 The Pale Bishop has declared a holy war on all emotion—and his minions are about to invade Earth! Only the power of fear stands against them. In an attempt to bolster his defensive line, Sinestro has dispatched yellow rings across our world, adding many heroes and villains to the ranks of the Sinestro Corps! 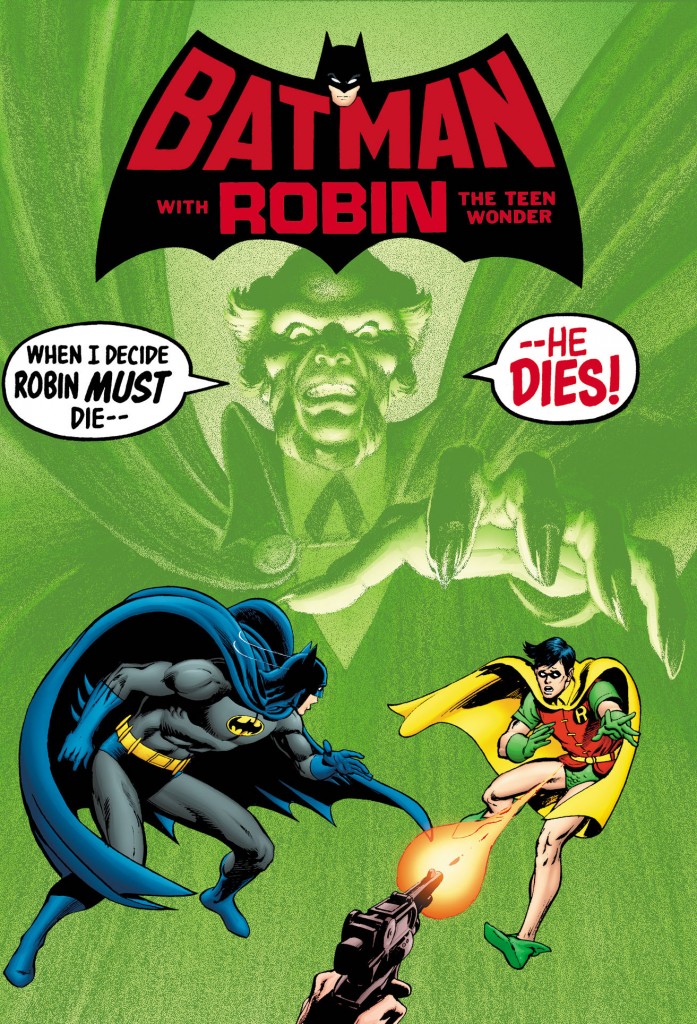 In this new collection of tales from BATMAN #229-244 and DETECTIVE COMICS #408-426, Batman returns to his roots as the Dark Knight Detective, operating on his own in the shadows of Gotham City. With Robin away in college, Batman faces new foes and old, including Two-Face, Man-Bat and Ra’s al Ghul, making his debut appearance. 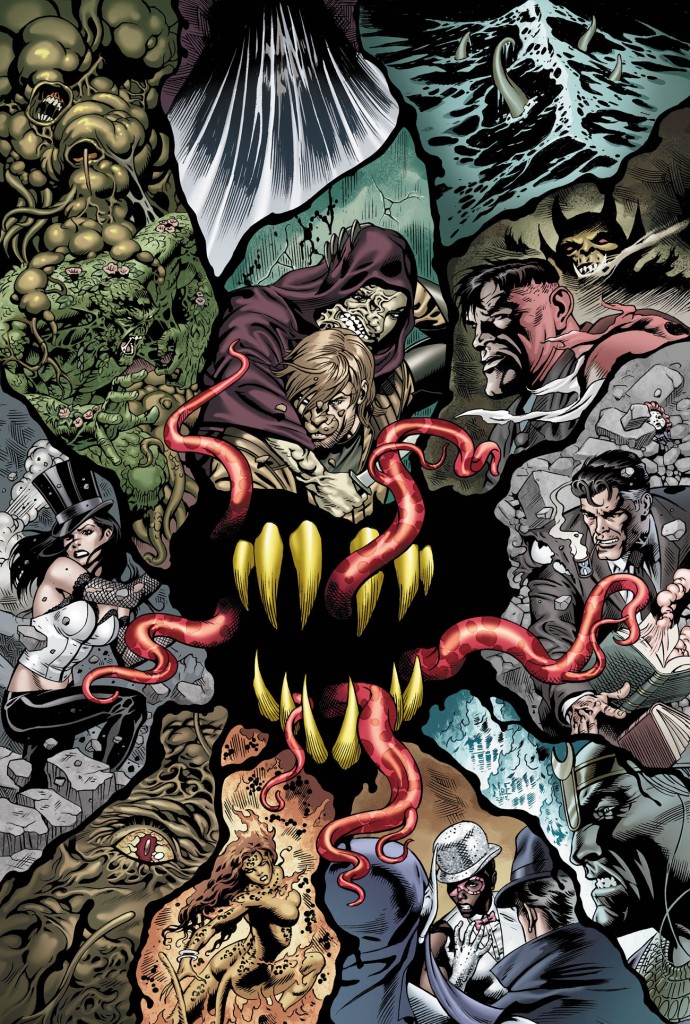 “House of Strangers” concludes the war between the forces of magic and the Elder Gods—with the Six caught in the middle! Black Alice may hold the key to Earth’s survival, but Big Shot wants to make sure she doesn’t lose her humanity in the process.  Plus, Etrigan reveals a deadly secret, and the Council of Magicians must make a fateful decision. How can our band of misfits survive, let alone make a difference, when they are so far out of their league? Guest starring…everyone! 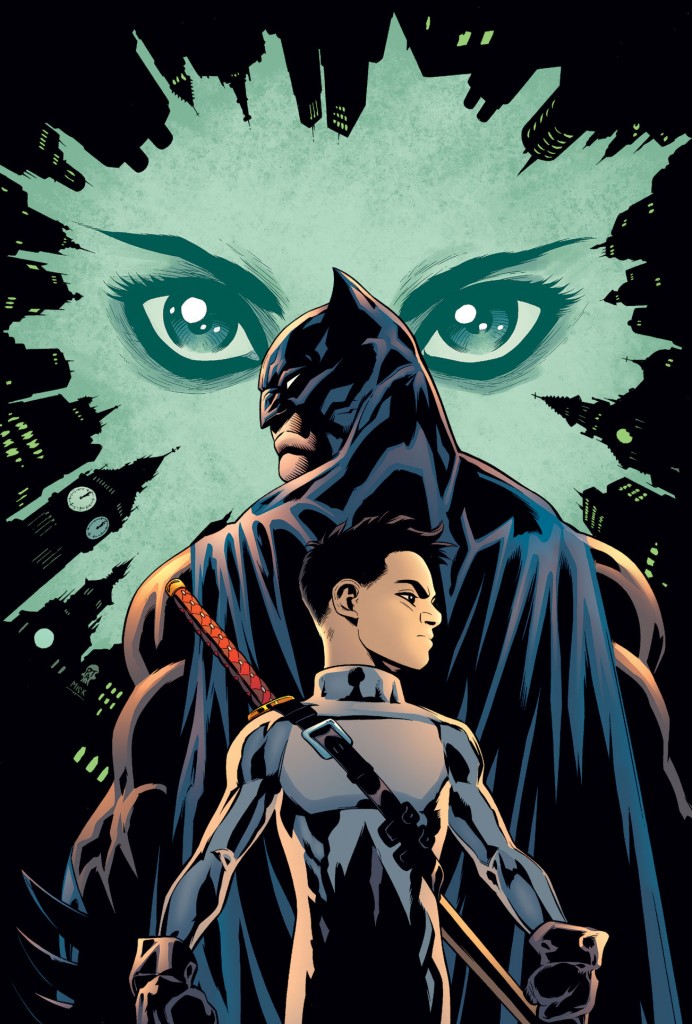 Damian Wayne is back in Gotham City! Recovering from the events of the Robin War, Robin finds himself with the unlikeliest of partners: his mother, Talia! Damian gets back to his roots as an al Ghul…but will it take him farther from his quest for redemption? 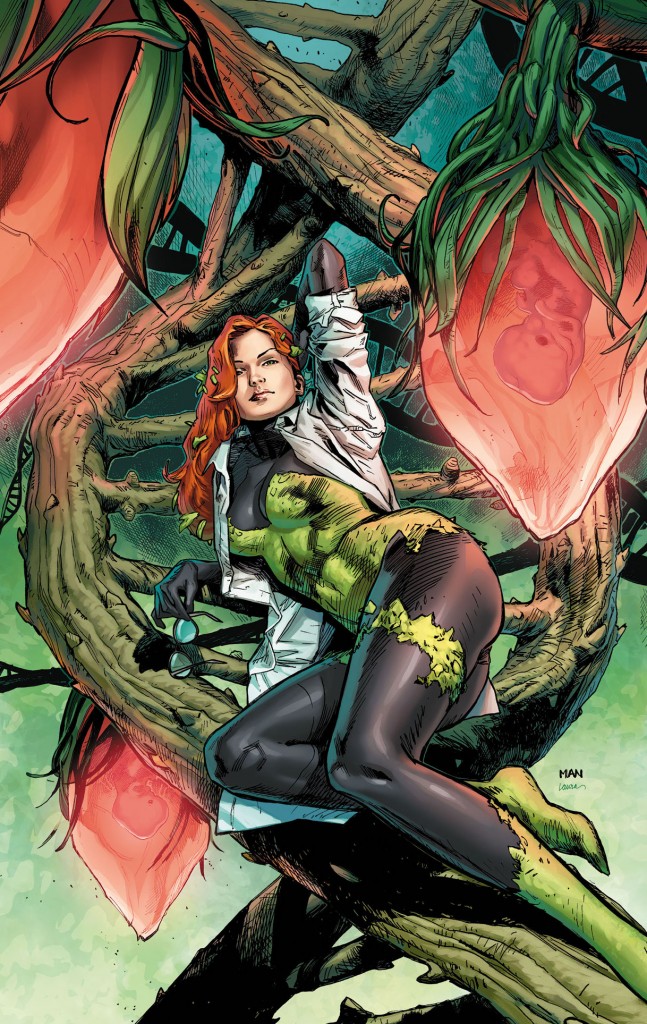 Life. Death. Poison Ivy has power over both. But can she keep her friends and hold down a regular job at the same time? As Dr. Pamela Isley, she joins the prestigious plant sciences department at Gotham Botanical Gardens, but things quickly get complicated when a fellow scientist is murdered and it looks like the work of Ivy. Don’t miss the start of this new 6-issue miniseries! 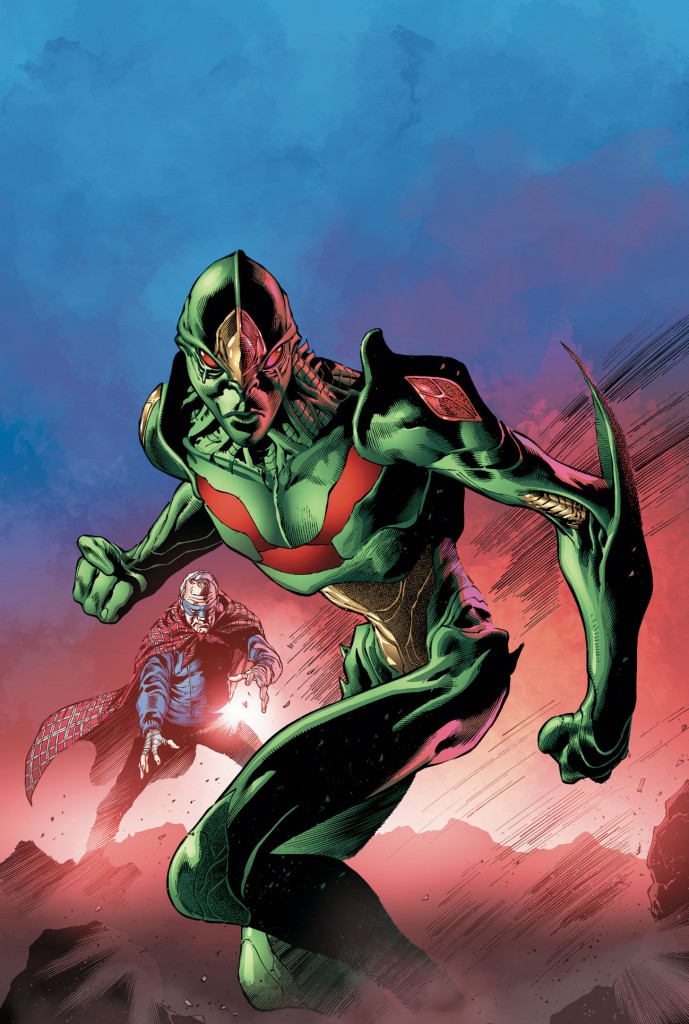 The reborn Martian Manhunter has refused to restore Earth! Instead, he’s decided to make a new home for himself on the Martian world that’s taken our planet’s place—much to the displeasure of Mr. Biscuits! 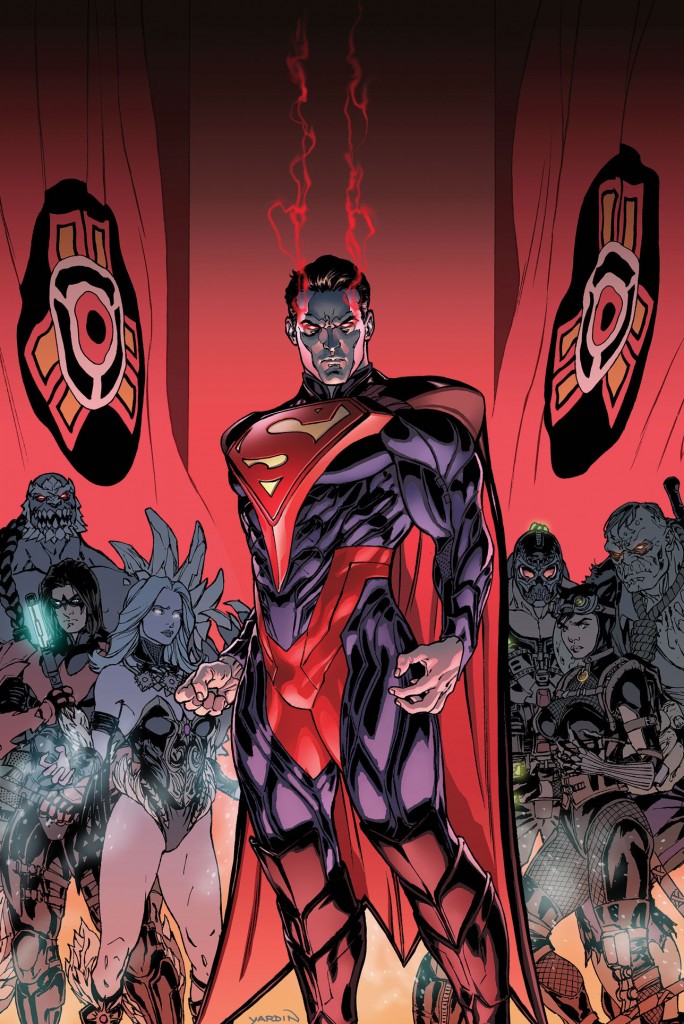 INJUSTICE: GODS AMONG US: YEAR FIVE #2

Superman and Flash find themselves up against the deadly Doomsday. They could use more help from their allies, but Cyborg and Yellow Lantern are off battling the Parasite. The Regime is under siege from both sides. Meanwhile, the identity of the creature that escaped from Lex Luthor’s lab is revealed. Digital Version to be released first. 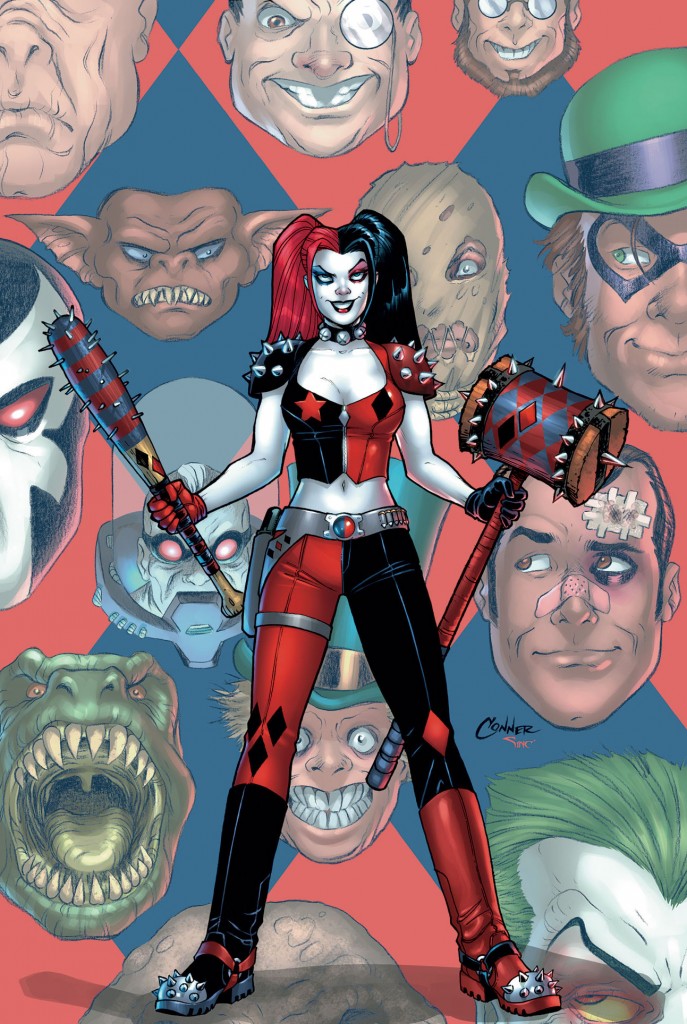 Harley’s got an endangered friend to save, but there’s just one problem: she’s got to get through Arkham Asylum first! Unsurprisingly, Harley’s not eager to set foot in the site of some of her darkest hours…and she definitely isn’t ready to face a certain someone who’s laughing at the end of a dark hallway. 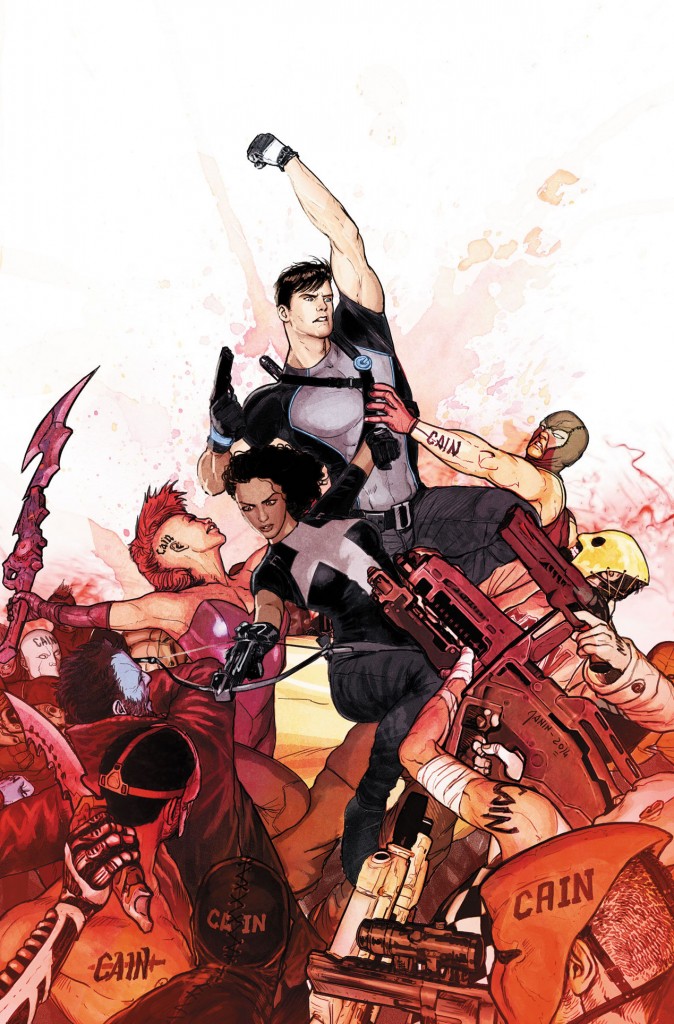 GRAYSON VOL. 2: WE ALL DIE AT DAWN

In these tales from GRAYSON #5-8 and GRAYSON ANNUAL #1, Grayson must stop Paragon from using the body parts of a dead villain to create something far more sinister. Then, Dick goes toe-to-toe with Midnighter, and he and Helena Bertinelli battle foes from their past: the Fist of Cain! 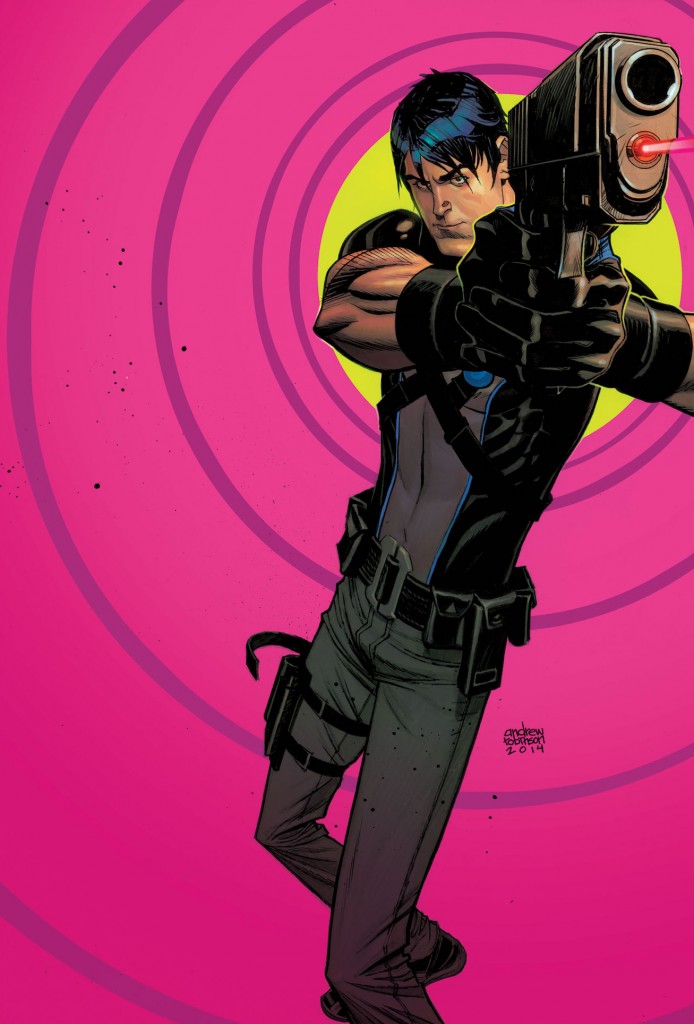 As Dick Grayson digs into SPYRAL and learns about his new partner, Helena Bertinelli, how can he keep track of all the lies? Plus: Dick Grayson goes toe-to-toe with the Midnighter! Collects GRAYSON #1-4, a story from SECRET ORIGINS #7 and GRAYSON: FUTURES END #1. 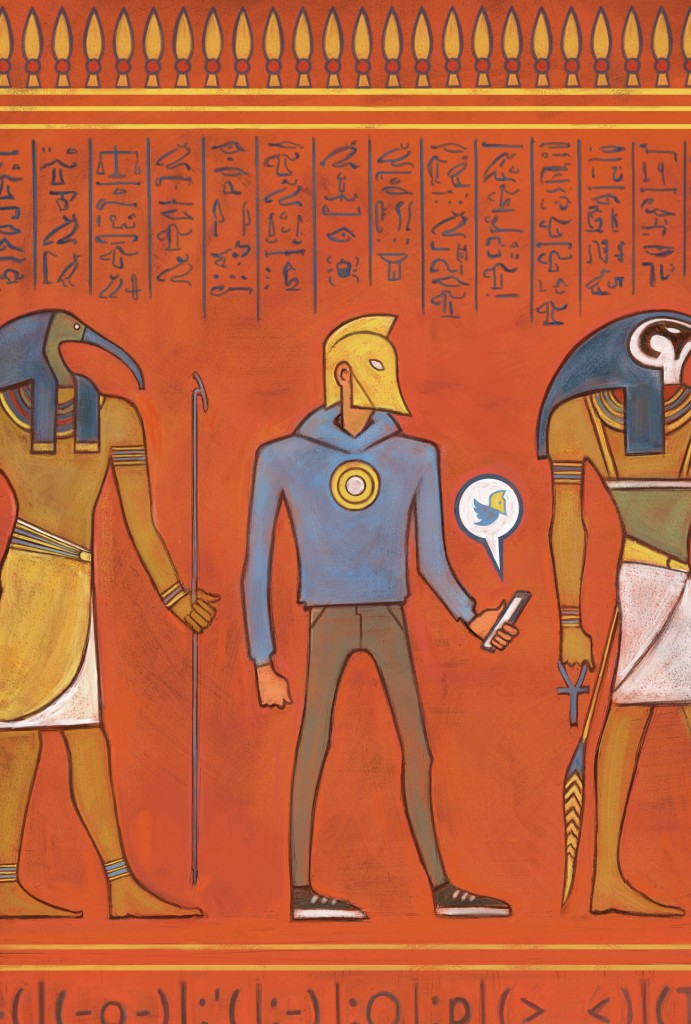 Can young Khalid heal the world from the flood tides of Anubis while he wrestles with questions of faith and heritage? He’ll have to, for Fate has given the new hero no choice! 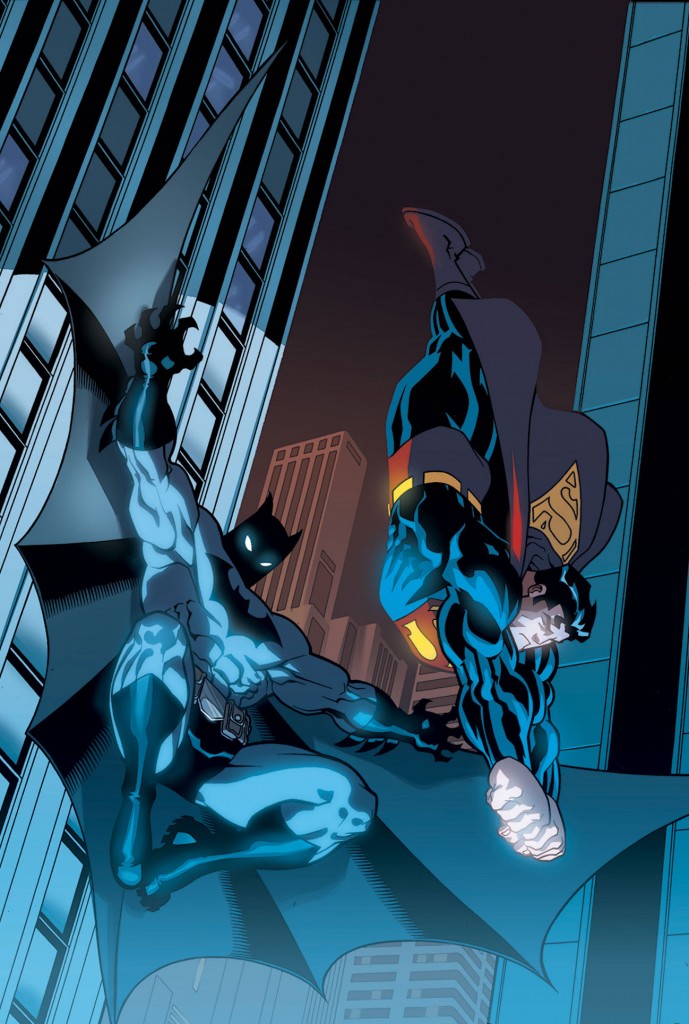 In this first chapter of “Public Enemies,” the identity of the man who murdered Bruce Wayne’s parents is uncovered, while Lex Luthor assembles a mysterious team of heroes assigned to help Superman…but is that their only objective? Reprinted at just $1.00 with pages from the DC ESSENTIALS CATALOGUE! 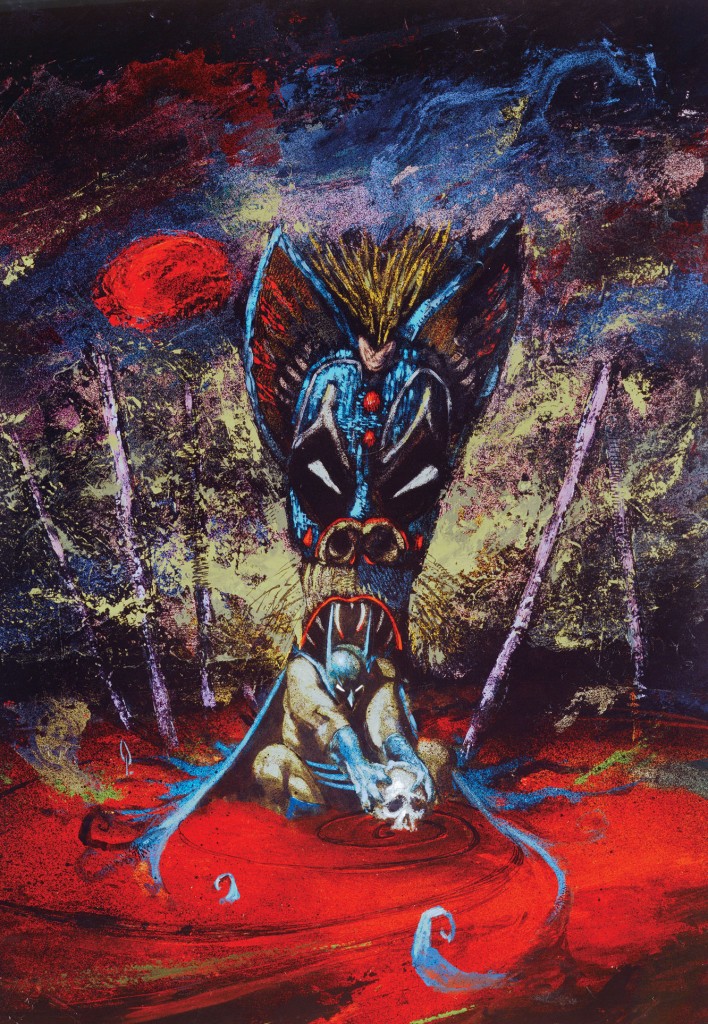 In this tale from LEGENDS OF THE DARK KNIGHT #1-5, Batman returns from a case to find Alfred missing, while rumors of human sacrifice and strange, primitive rituals circulate in Gotham City. Now, Batman must find the madman who’s been terrorizing the city—but the trail leads back to Wayne Manor! 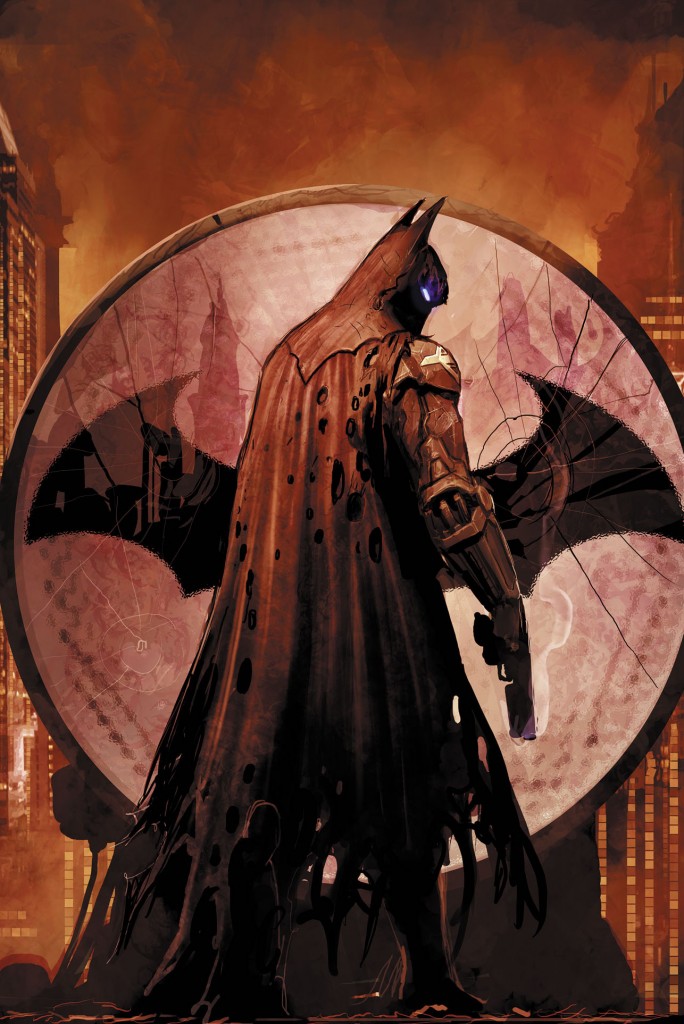 As a deadly alliance between the Arkham Knight, Scarecrow, and the rogues of Gotham City is formed, the stage is set for the ultimate showdown between Jason Todd and his former mentor: Batman! Don’t miss the final issue of this explosive miniseries! 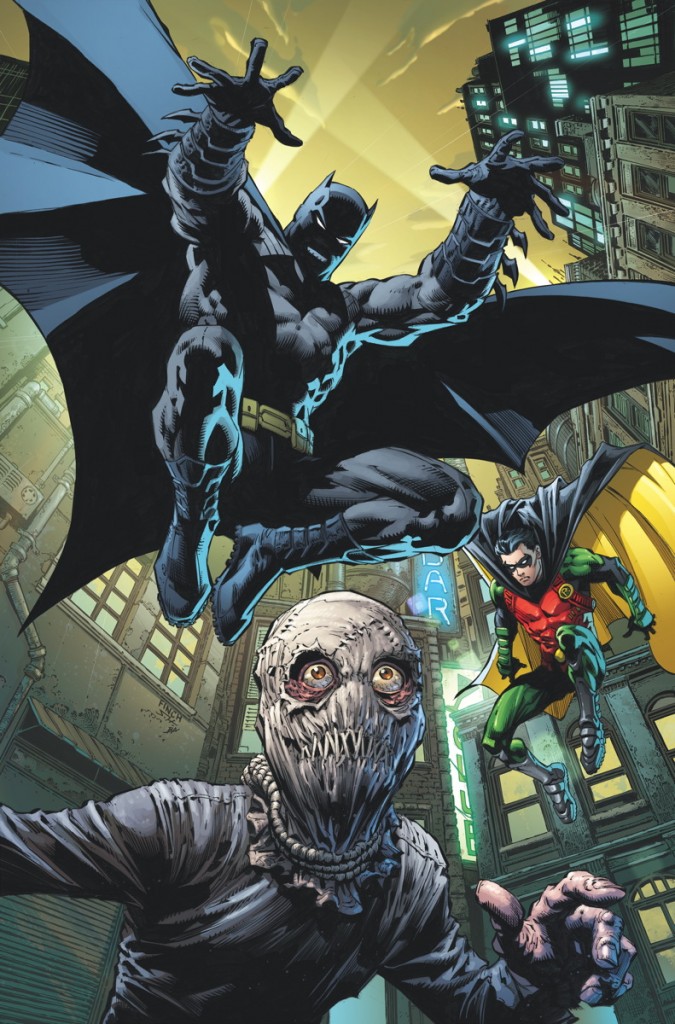 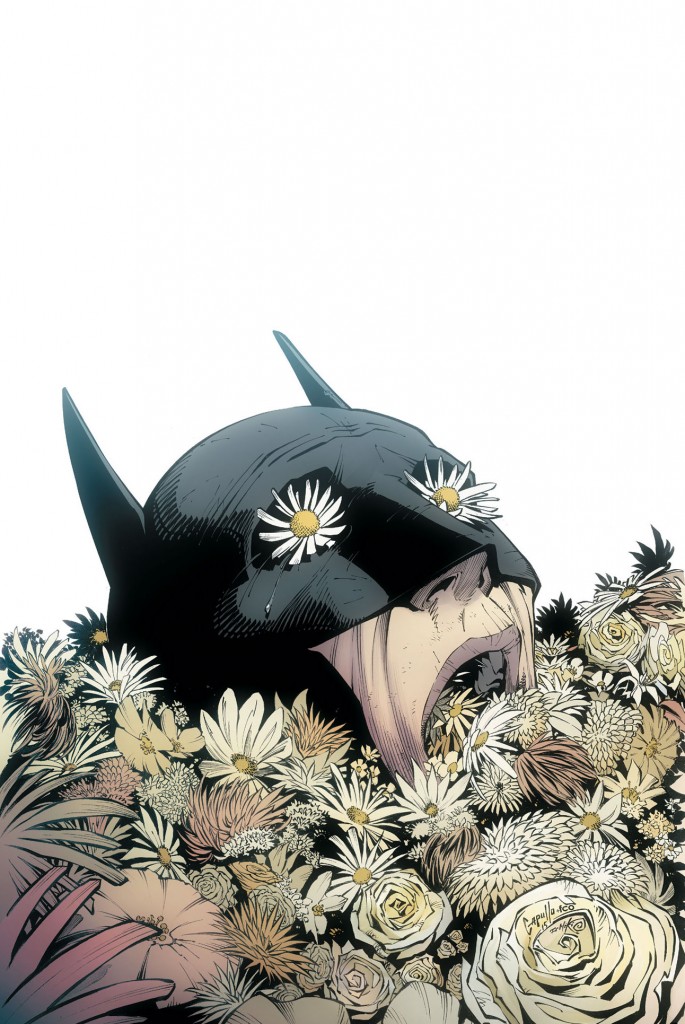 Mr. Bloom’s seeds have grown into an army that may turn all of Gotham City against its new Batman. Meanwhile, Bruce Wayne meets a mysterious stranger who could start a chain of events no one can stop. 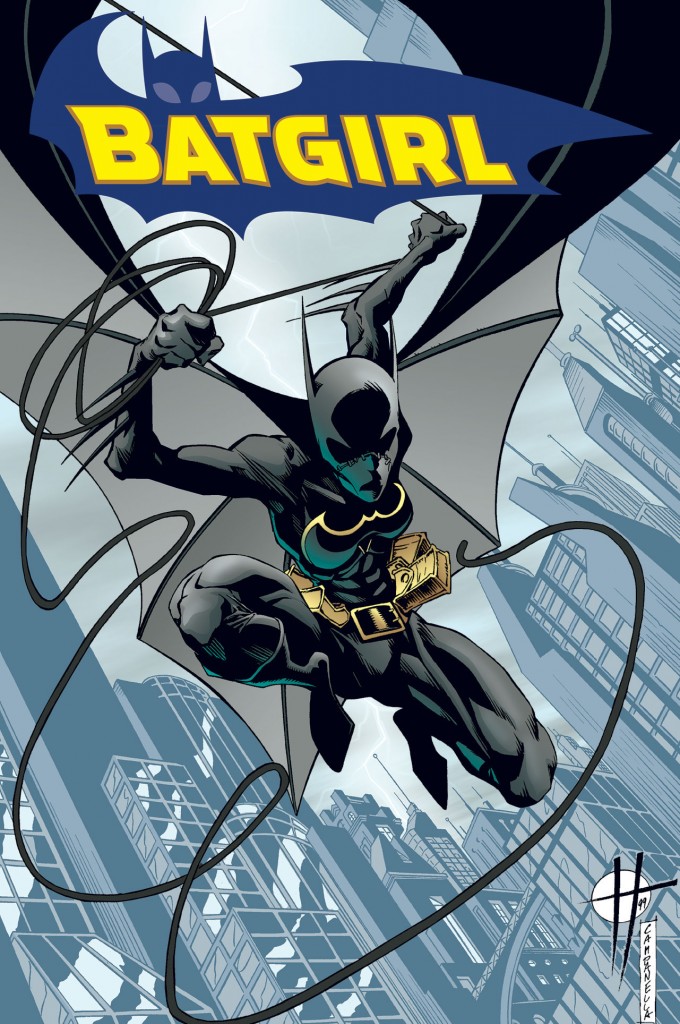 Cassandra Cain is back in this new collection of BATGIRL #1-11 and ANNUAL #1! Trained from childhood by a notorious assassin, Batgirl has the ability to sense her opponents’ moves before they happen. But when an attempt to “fix” Batgirl’s inability to speak robs her of this sixth sense, she must train with original Batgirl Barbara Gordon to regain her former prowess and live up to Batman’s expectations. 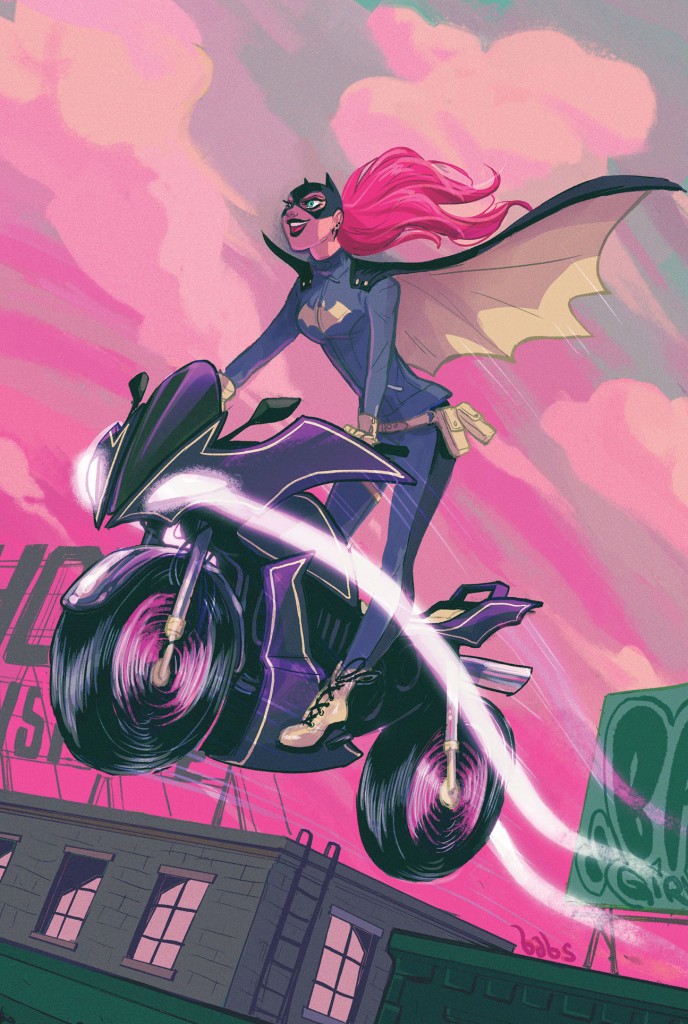 Batgirl’s about to lose the greatest weapon in her arsenal…her mind is failing her! Is her ragtag group of allies enough to pick up the slack?