Home COMICS Choose Your Side! Your Look Inside CIVIL WAR II #1! 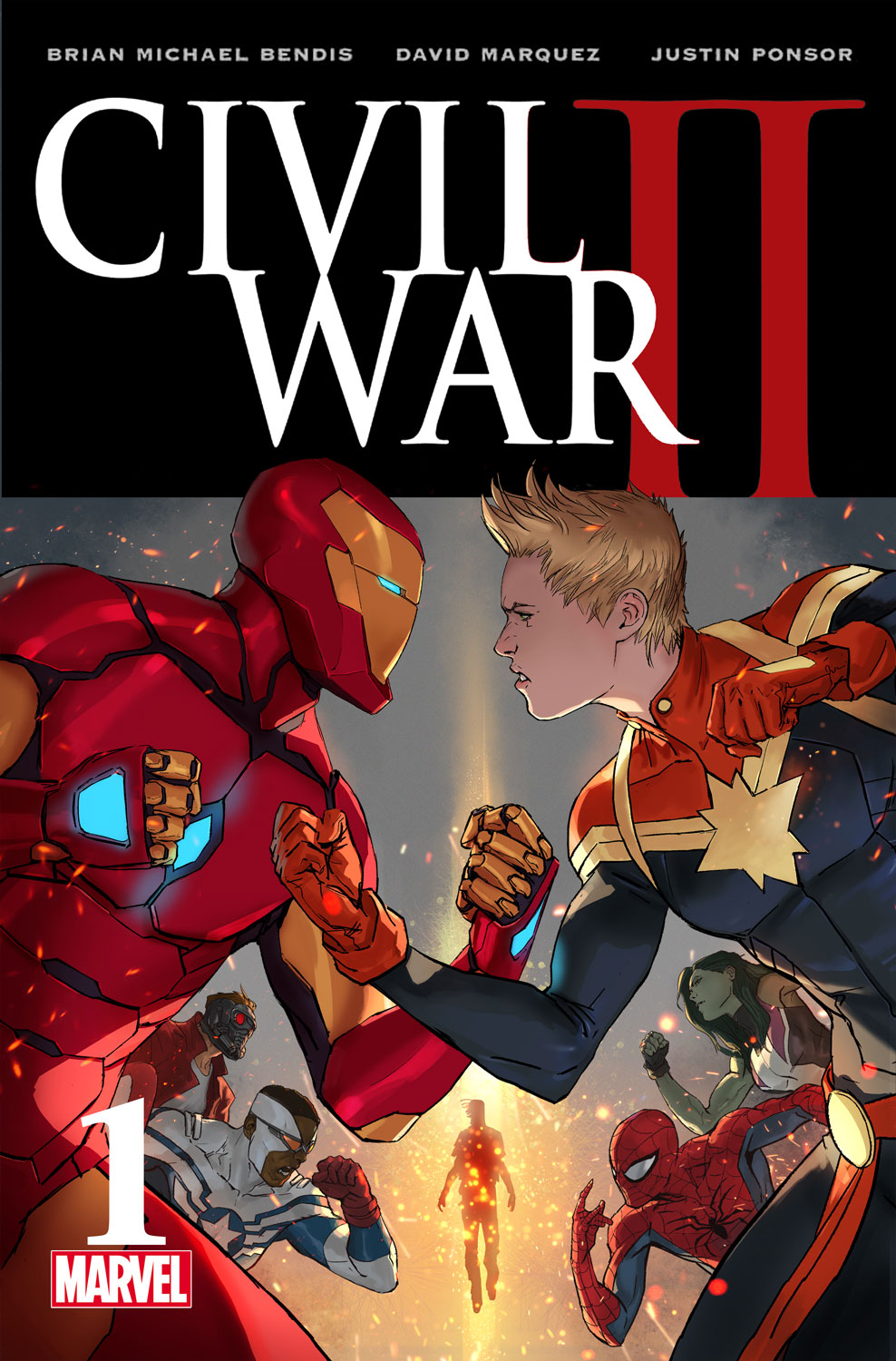 This is it! War comes to the Marvel Universe this June as the Earth-shattering comic-event of 2016 comes to comic shops with a jam-packed double-size issue! Today, Marvel is pleased to present your exciting look inside CIVIL WAR II #1 – from chart-busting creators Brian Michael Bendis and David Marquez! The fan-fave creative team that brought you Invincible Iron Man join forces once more to bring you a tale of hero against hero – and a Marvel Universe divided in two!

Check out this host of variant covers and unlettered, interior pages!

Ulysses – a young Inhuman with the power to profile the future has emerged. His new abilities send shockwaves through the superhuman community. Divided amongst themselves, will they use Ulysses to prevent danger before it happens? Or should they allow the future to unfold unaltered? As his new powers send shockwaves rippling across the Marvel Universe – battle lines will be drawn. Do you stand with Iron Man? Or will you side with Captain Marvel?

Will the heroes of the Marvel Universe wield the power of “predictive justice” to change the future or battle to protect tomorrow? Battle lines will be drawn. Lives will be changed. Heroes will fall. The comic book event that will have the world talking kicks off on June 1st in the double-sized CIVIL WAR II #1!