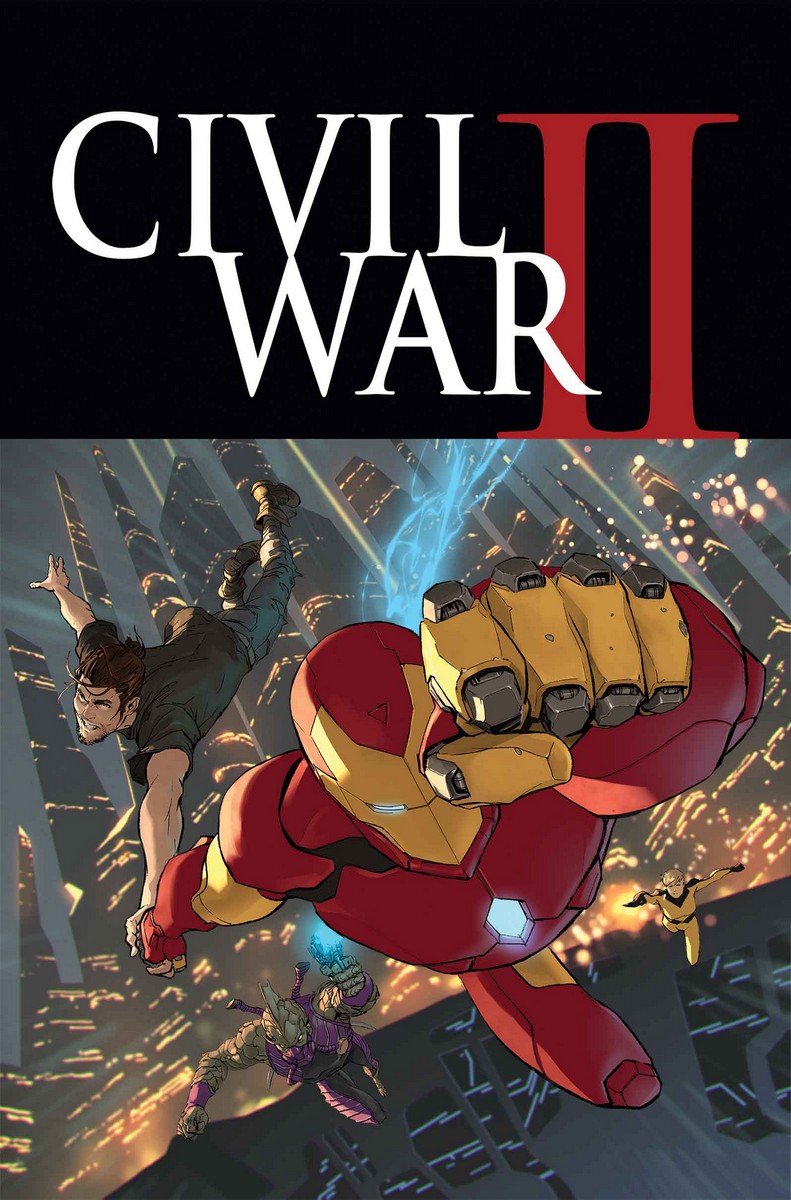 Check out Our Review [WITH SPOILERS] for Civil War II #2!

There’s a great deal to discuss regarding Civil War II #2. If you just want the brass tacks here it is: yes, it’s worth reading and it looks gorgeous, so your comic dollars will be well spent. But, there’s a lot to examine and debate.

First off, there’s a great deal going on but Bendis filters it all through relatable, POV characters. Without this little writing trick, Civil War II would be a ponderous indulgence. As it stands, it is a good Iron Man story merged with a good Inhumans story with tons of other tales happening in the background.

The reason my reaction is so subdued is that I can’t fully get behind the conflict of this event. I know that Tony Stark is against using Ulysses to stops crimes and catastrophes before they happen, but Bendis is not presenting Stark’s POV in enough detail. Yes, I get he’s broken that his best friend James Rhodes was killed thanks to one of Ulysses’ visions, so this whole thing is ultra-personal to Stark. But Bendis has not expressed enough motivation through Stark’s own words so at times, the whole thing feels like conflict for conflict’s sake. We also haven’t seen enough from Carol Danvers’ POV but I won’t carp on that too much because I’m sure it’s coming.

The second issue of this mega-event is separated into three parts starting with Stark abducting Ulysses from the Inhumans refuge and sparking a war with Medusa and the Royal Family. The second part features Stark semi-torturing Ulysses to try and find out how the Inhuman’s precognitive powers work, and the third part focuses on the Avengers, Inhumans, and the Ultimates staging a rescue to free Ulysses. All the action is well-conceived and the Inhumans versus Iron Man sequence was particularly choice. Karnak versus Tony Stark? Hell, yeah.

Of course, Bendis writes a killer Stark, and after seeing the scribe work his magic on Medusa and company, I really want to see him take a crack at an Inhumans series. Unfortunately, there are problems with this comic that may not be Bendis’ fault. I just cannot disconnect from War Machine’s death. It seems tragic and it is a potent (and seemingly only) motivator for Stark, but I just don’t believe Rhodes is dead. With all these events, a hero dies but you just know he’ll be back, if not soon than soonish. Somehow, Marvel has sucked the drama from death because just about every hero involved in Civil War II has shockingly died at some point. This isn’t all Bendis’ fault and he handles Rhodey’s death with pathos and class, but the very concept of death in mainstream comics is broken which dilutes this current tale.

What isn’t diluted is the issue’s last page. Marvel has removed Bruce Banner from the current Marvel slate of books; they replaced Banner with Amadeus Cho and have presented some fun adventures featuring this totally awesome Hulk. So when Banner returns in one of Ulysses’ visions, that return has a huge punch. I’m not sure if this story beat is the reason why Hulk was taken off the board but if it was, bravo; that’s some impactful, long-form storytelling.