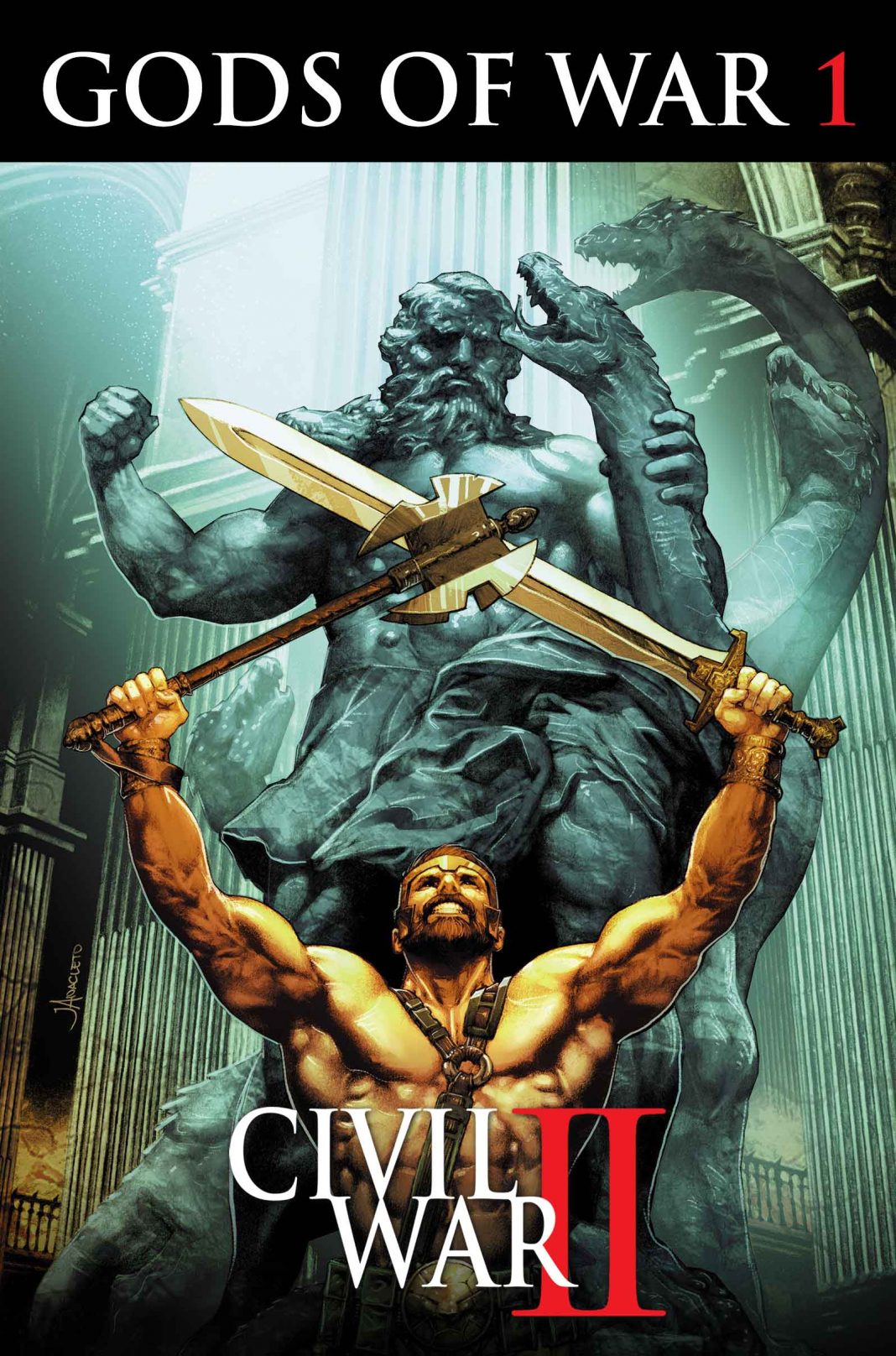 Check out Our Review [WITH SPOILERS] for Civil War II: God of War #1

And this isn’t how one executes a crossover event tie-in. Before I drag Civil War II: God of War #1 over the coals, let me just say I loved Dan Abnett’s Hercules series. It was a combination of the best parts of the Marvel god-type stories and Neil Gaiman’s American Gods. It was a wonderful follow-up to the Greg Pak and Fred Van Lente Incredible Herc series while forging its own path. It was a fun, overlooked part of Marvel’s publishing output and I was eager to see it continue as part of Civil War II.

Until Civil War II got in the way that is. Civil War II: God of War #1 is the worst kind of crossover tie-in. It’s one of those “red skies” crossovers where the crossover bits add nothing to the established narrative of the series. This issue in question kicks off with Hercules taking part in the battle with the Celestials that kicked off Civil War II #1. There was no getting situated or explanations for new readers, it was just Herc being thrust into some generic action. There is a funny bit where Hercules realizes that there is a major crisis and every hero of the Marvel Universe is summoned to take action except him, but that is really the only personalization of this conflict; it is random, repetitive and unneeded. After this, Hercules learns about Ulysses, makes a pithy comment about how Greeks do not trust seers (okay, that is funny), and then goes off into his own conflict with the new gods of the modern world.

So this book is basically two things: a tacked on Civil War II tie-in and a continuation of the Hercules monthly. Because it tries to be two things, it ends up being nothing and I find myself resenting that the perfectly paced and fully realized Hercules series is being interrupted by the marketing stunt Civil War II: God of War #1 provides. Yeah, throwing Civil War II on the cover might boost sales, but it also compromises the integrity of Abnett’s fascinating story.

All that being said, Abnett writing Hercules is never a bad thing and even though this book is a mess, I hope the sales injection will allow me more Abnett-crafted Hercules adventures.