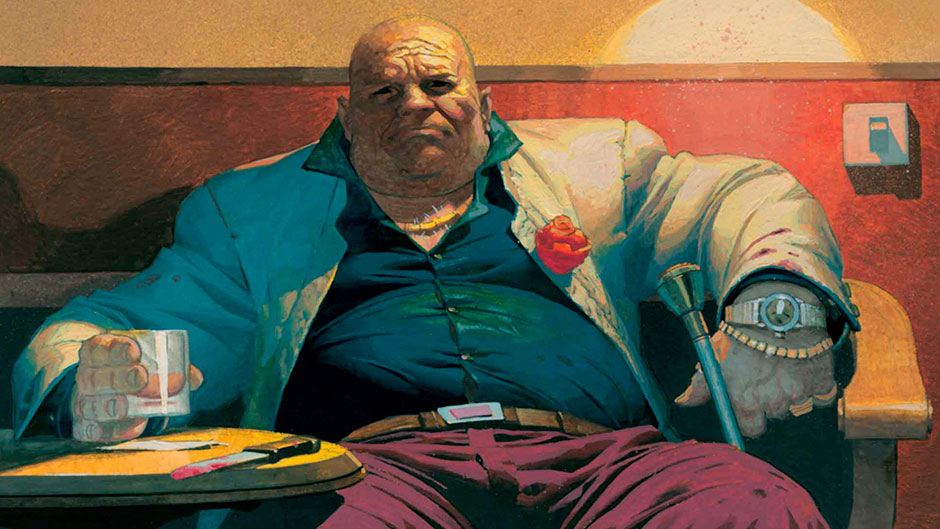 Check out Our Review [WITH SPOILERS] of Civil War II: Kingpin #1

With all the Civil War II and Rebirth action going on in mainstream comics as of late, smaller projects are bound to get lost in the event white noise. Don’t let Civil War II: Kingpin be one of the lost books because, at least in the first issue, this is one heck of a gritty, dirty bit of crime fiction.

The whole conceit of Civil War II: Kingpin#1 is that the street level criminals of the Marvel Universe are desperately trying to keep one step ahead of the precognitive inhuman Ulysses, the dude causing all the controversy over in Civil War II proper. Enter Wilson Fisk and Janus Jardeesh. Fisk is trying to rebuild his New York empire after moving back from San Francisco. Jardeesh is a low level employee of Kingpin who went off book and begins trafficking in kidnapped women. Fisk doesn’t take kindly to Jardeesh’s actions and hunts him down. Seems like a typical but intense little crime tale, yeah? But things take a very Civil War II turn when Fisk discovers that Jardeesh cannot be detected by the Inhuman Ulysses. Intriguing, right?

After that little reveal, writer Matthew Rosenberg flashes back to Jardeesh being exposed to Terrigen Mists as our little neighborhood crime story just took a big cosmic turn. I’ve not heard of Rosenberg before I read this issue, but any writer that seamlessly juxtaposes realistic crime fiction with Jack Kirby’s Celestials has my attention.

The issue is broken down into two stories. The first is drawn by Ricardo Lopez Ortiz. This story focuses on Fisk’s attempt to carve out some territory in NY while trying to hunt down who went off book and got involved in kidnapping. In truth, I found the art here barely legible as the action was betrayed somewhat by the barely perceptible, scratchy pencils. The second story with art by Dalibor Talajic dealt with the origin of Jardeesh and was much more pleasing.

Old school Marvel fans will enjoy some cameos from some of Marvel’s esoteric street level players like Fancy Dan and Man Mountain Marko. This issue was like a Marvel’s most wanted bit of crime fiction combined with the huge doings of Civil War II to form a street level bit of grit that really gets under your nails in a good way.