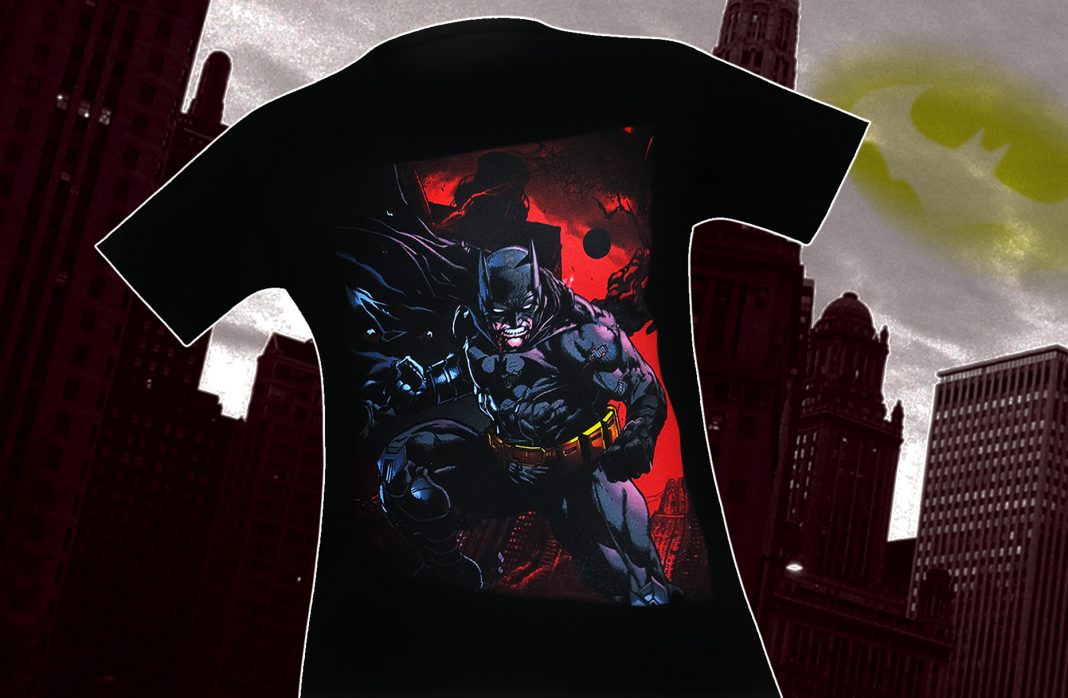 It’s the Batman Detective Comics Cover No. 19 Men’s T-Shirt, and it’s one of the coolest Batman T-Shirts we’ve had in quite a while! Look, I’m not saying our current/previous offerings are/were uncool, I’m simply saying this one is ESPECIALLY cool. One of the coolest, actually. CHECK IT OUT!

Yes, it’s the cover image to Batman: Detective Comics #19, and it features a moderately battle-worn Batman gritting his teeth and preparing to beat the ever-loving #### out of some poor burglar, werewolf, ninja, or a collection of those previously mentioned. A singular burglar, werewolf or ninja is completely manageable and almost an insult when considering Batman’s legendary skill-set. However, 36 burglars, a pack of 12 werewolves or a veritable gaggle of ninja might give Batman pause. Well, okay, he can probably take the 36 burglars but the pack and gaggle might prove difficult.

As a Batman fan, you’re disagreeing with my gaggle of ninja assessment; you’re thinking he could take the full gaggle (it amounts to about 5 ninja). Well, maybe he can, but I need to hit my word count so I’m not excising anything previously typed!

Like this Batman T-Shirt? Well, we have more. If you’re really curious about the rest of our selection, feel free to CLICK HERE—> to browse our complete line of Batman merchandise!