Home COMICS Marvel’s Deadliest Denizens Square Off in DEADPOOL VS. THE PUNISHER #1! 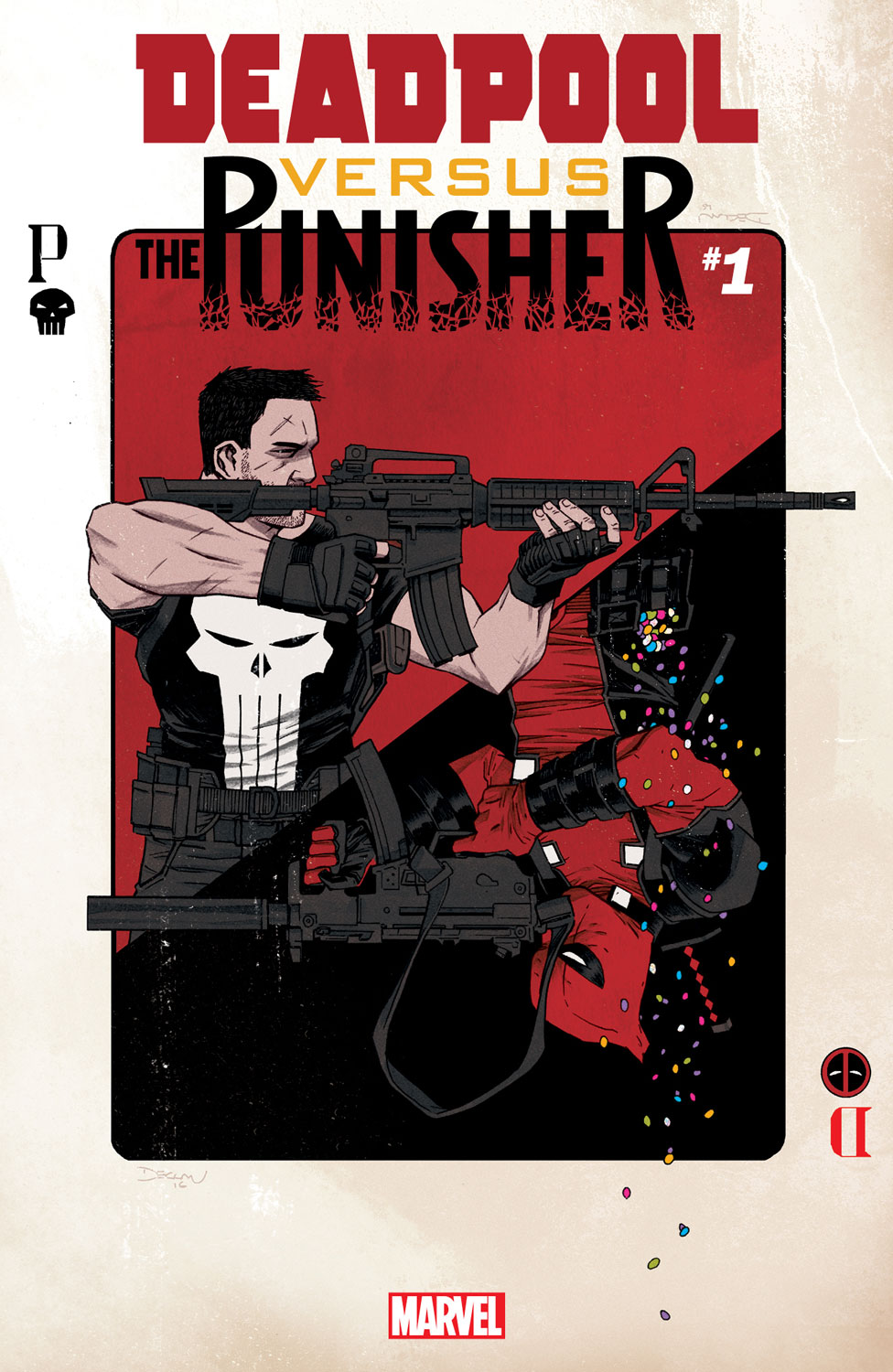 It’s the grudge match of the century! Two Marvel mainstays will clash in a barrage of bullets and blades! Lock and load, True Believers, because one humorless anti-hero is about to go head-to-head with one odorous super-zero! Oh yeah, we’re talking about DEADPOOL VS. THE PUNISHER #1 – the brand-new 5-issue limited series coming your way this April!

Creators Fred Van Lente (Slapstick, Deadpool) and Pere Perez (Power Man and Iron Fist, Archer and Armstrong) put two of the Marvel Universe’s deadliest on a high-octane collision course that will have you on the edge of your seat!

Frank Castle – a man of unstoppable will, and a powerful desire to punish those who do wrong, rooted in the tragic killing of his family.

Wade Wilson – the mercenary with the unstoppable mouth, and an knack for annoying those around him, rooted in the thought that he’s funny.

An old friend from Deadpool’s past, codename: The Bank, has re-emerged. With financial ties to criminal operations all over the world, it’s only a matter of time before Frank Castle looks to put an end to The Bank once and for all. Just one problem: Deadpool isn’t going to let that happen without a fight!

“When the Punisher decides to bring The Bank down, he’s gotta go through Deadpool to do it, and you know what? Frank doesn’t really have a problem with that, since he doesn’t like Wade all that much anyway,” says writer Fred Van Lente in an interview with Marvel.com.

These two are in for the most brutal fight of their lives. As the destruction ratchets up to unthinkable levels, who will be left standing when the dust settles? Find out when both DEADPOOL VS. THE PUNISHER #1 & #2 come to comic shops and digital devices everywhere this April!