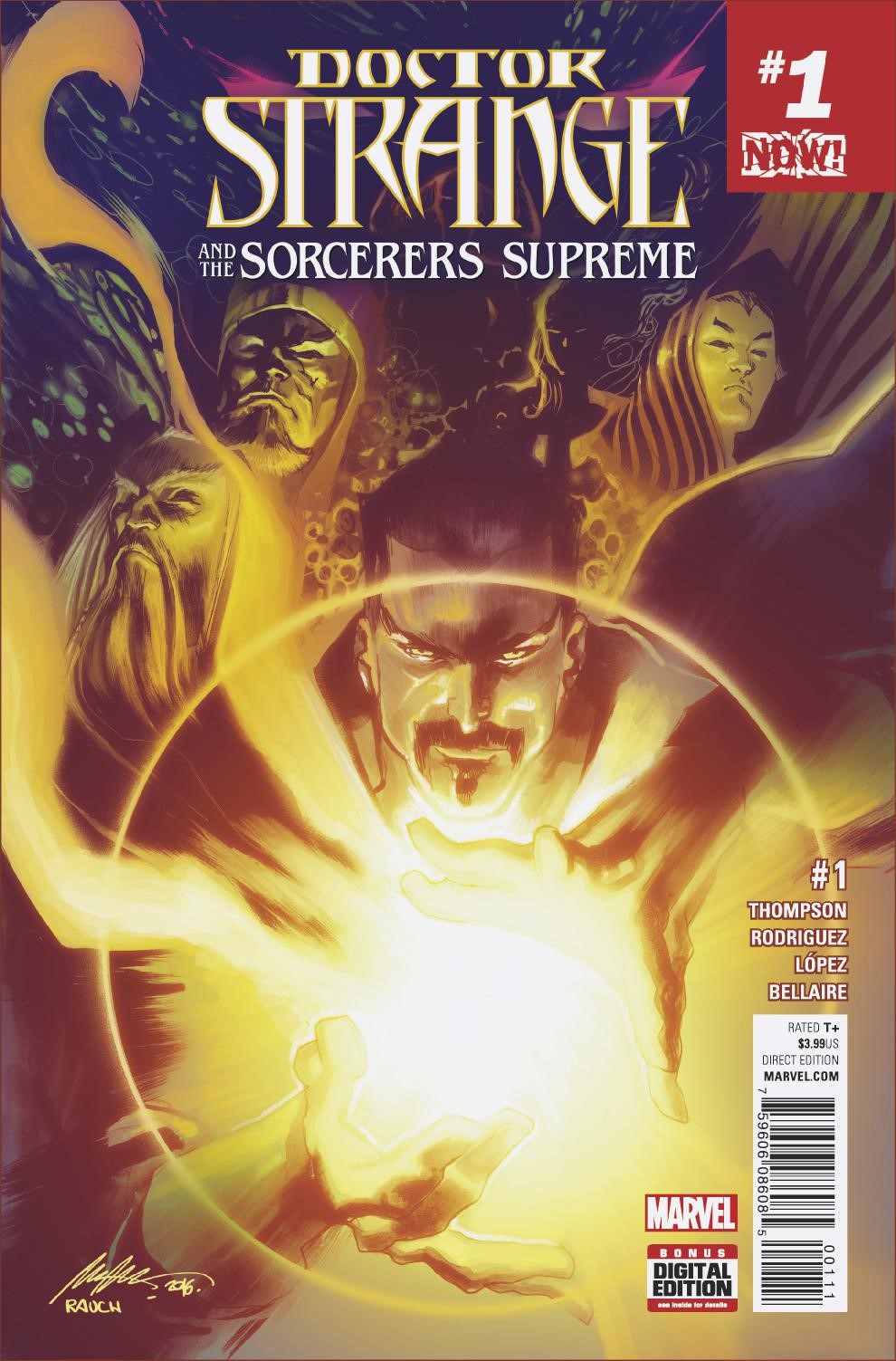 DOCTOR STRANGE AND THE SORCERERS SUPREME #1 Brings the Magic to Marvel NOW! in October!

Because sometimes, just one Sorcerer Supreme won’t do! This October, Stephen Strange multiplies his mystic might by teaming with magicians from across time in DOCTOR STRANGE AND THE SORCERERS SUPREME #1 – the new ongoing series launching as part of Marvel NOW!.

Fan-favorite creators Robbie Thompson (Silk, Venom: Space Knight) and Javier Rodriguez (Spider-Woman, Daredevil) team together to make Marvel magic across the past, present and future! When an ancient evil threatens to unravel the fabric of reality, Doctor Strange must unite Sorcerers Supreme from across time to stem the coming darkness. Merlin, the Ancient One, Wiccan and more must unite to stand against The Forgotten. But even a team of the greatest sorcerers history has ever known may not be enough! Not to mention Strange should watch his back – not all these Sorcerers have his best interests in mind. Be there as the magical adventure across space and time begins on October 26th in DOCTOR STRANGE AND THE SORCERERS SUPREME #1!

But first, check out this host of variant covers and finished, unlettered, interior pages!