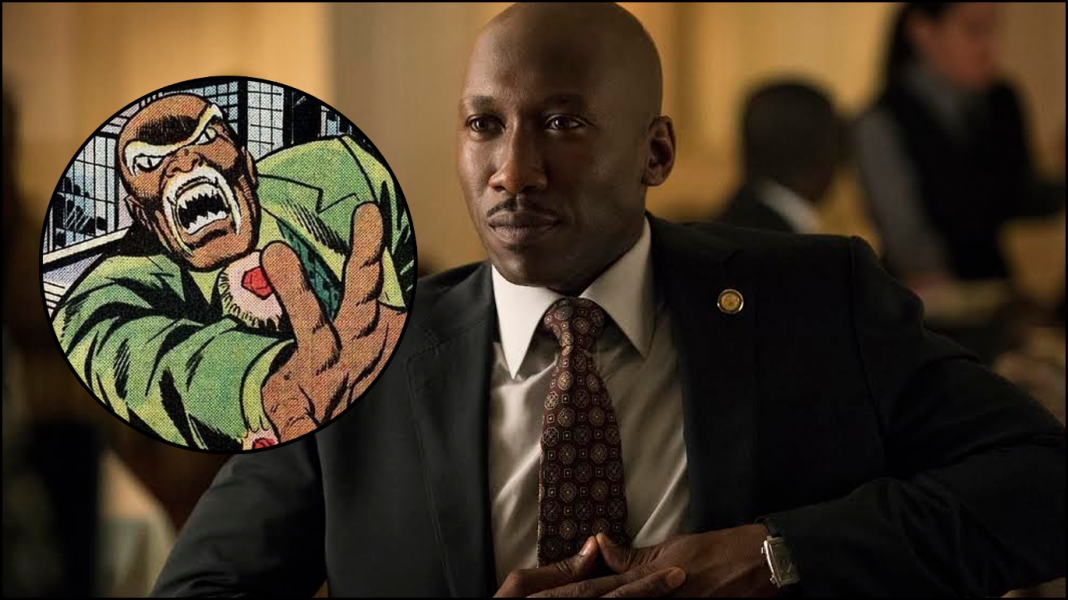 Luke Cage, the man with unbeatable strength and unbreakable skin, will face off against one of his most infamous adversaries later this week when Netflix’s Luke Cage series debuts on Friday, September 30th. Yet The Source has been left wondering what chance the series’ villain, Cottonmouth, has against the Hero for Hire? In all of the recently released trailers, viewers can see Luke tearing through buildings and small armies with little effort, so what can Cottonmouth really do? How can he actually hurt Luke Cage?? In preparation for the series, The Source decided to play devil’s advocate and propose a few ways the criminal Cottonmouth can defeat the seemingly invincible Luke Cage.

Audiences were first introduced to Mike Colter as Luke Cage back in November of 2015 when the Jessica Jones series was finally released on Netflix. Those who watched the first season will remember their messy confrontation; after falling to Kilgrave’s influence, Luke does everything he can to kill Jessica Jones. After running, hiding, and a little fighting, Jessica realizes that she cannot stop him alone.

As Cottonmouth will come to realize on his own, Luke is extraordinarily powerful, but he can be hurt. In a last ditch effort to save herself, Jessica fires a shotgun pointblank at Luke’s chin, knocking him out and almost killing him later on. Even with unbreakable skin, Luke’s body still has to deal with the impact of such a massive blast of energy at a close range. If Cottonmouth can force Luke into a corner, he might be able to utilize this technique and save his criminal empire.

Along the same lines as the Jessica Jones Technique, the best way to hurt Luke is by forcing his body to deal with massive amounts of force (remember, future villains – physics comes in handy when dealing with troublesome superheroes); in this case, by forcing Luke out a window, the ‘splat’ as he hits the ground will kill him. Believe it or not, Cottonmouth actually tried this before in the comics. Well, at least on the cover:

The actual storyline deals little with this pressing issue, but it does present an interesting idea! In a city like New York, there are always skyscrapers from which one can successfully drop Luke Cage. While it may require other means to bait the hero, the potential win in gifting Cage a plummeting death may need to be considered by Cottonmouth.

3. Put the Frame on Luke Cage

In the actual storyline from Power Man #20, which begins in Power Man #19, Luke deals with the aftermath of being framed with heroin by Cottonmouth. While it may not stop Cage permanently, framing him could get him out of the picture, at least until Cottonmouth can put a better plan into action. With his various connections, Cottonmouth could easily set up a frame, and if he got the Police involved, Luke would be helpless. Despite his anger, Luke would not harm the officers; after all, they are just doing their jobs and trying to catch drug dealers! With the cops after Luke, Cottonmouth would essentially be free to do whatever dastardly deeds his heart desires.

From what we have seen in the trailers, and what we know about Luke from Jessica Jones, protecting the innocent is a top priority. Innocent people motivate Luke to be the best he can be, as a hero, as a man, and especially as a super-powered man with unbreakable skin.

However, while those around him may be his greatest strength, they can also be his greatest weaknesses. For example, in both Daredevil and Jessica Jones, the titular heroes are constantly trying to protect those they care about, whether it’s Foggy Nelson or Trish, aka Patsy Walker. Naturally, the Luke Cage series will follow the same format, forcing Luke to protect those he cares about most while also putting them at risk, because that’s just good storytelling. For Cottonmouth to truly stop Luke Cage, break him beyond repair, he must attack the innocent.

What else can Cottonmouth do to stop Luke Cage? Let us know in the comments below, and keep checking back with The Source for all your superhero updates!