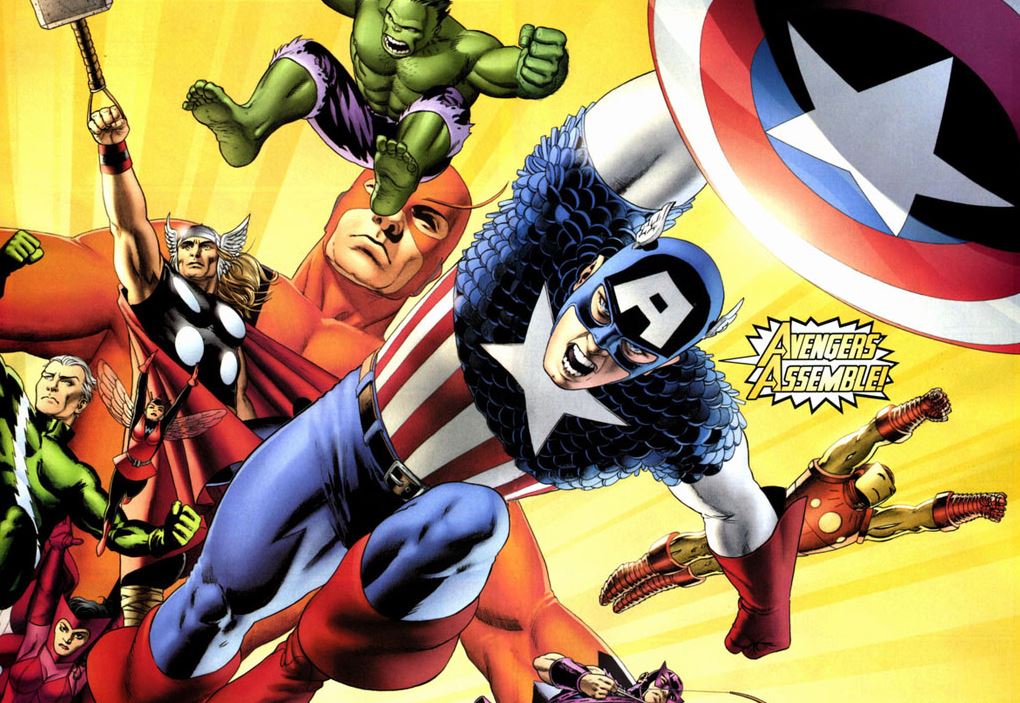 You had a lot of potential. I mean, a LOT of potential. When the folks at SHIELD ran about 450 separate studies on the extent of your powers, they compared said impressive power-set to the likes of The Sentry. Who’s The Sentry? Y’know, the guy with the power of like, one-million exploding suns. Or was that ten-million? Ten-thousand? Anyway, the guy who fought Galactus to a standstill and brainwashed Earth into forgetting his superhero exploits. Right, that guy.

So, you’re as powerful as that guy, but, as we’ve seen waaaay too many times – on the news, in orbit, or dangerously close to the Earth’s core — your lack of responsibility effectively parallels the careless expression of your super-powers.

Dude, seriously — you ‘effed up for the last time. Your sexual appetites, your aggressive demeanor, your drug and alcohol use, and your penchant for giving cosmic dignitaries the middle finger have generated a proper sh*t-storm from which the Avengers’ reputation may never recover. Because of this, because of all of it, I’m instructing you to hand over your identity card. YOU’RE OUT, MISTER!

What? You want specifics? Fine, here are eight reasons why I just kicked your @$$ out of the Avengers.

1. Because you called Captain America a sanctimonious ####-face.

Look, Cap’s the world’s greatest soldier, and he knows EXACTLY what it takes to be effective WITHOUT setting fire to 750 miles of infrastructure. And, if he sees you’re behaving inappropriately, or devoting less than 100% to the task at hand, he’s going to call you on it. It’s going to be harsh, and probably hard to hear, but you need to listen — he knows EXACTLY what he’s talking about. Flipping him the bird and calling him a ####-face is not the kind of mature response he’s looking for in a vetted defender of Earth.

2. Because you give less than two sh*ts about collateral damage.

You punch alien Chthonic squids into daycare centers and Hyrda War Colossi into retirement communities. You hover up there, smoking your cigars and doing shots, slamming malicious, dimensional invaders into mobs of screaming, panicking citizens mauling each other in an effort to escape. First rule? PROTECT THE INNOCENTS, MORON! They’re the ones buying your t-shirts, after all.

3. Because all you do is hit on She-Hulk.

Yes, she’s beautiful, but she’s a person, not an object. And she made it VERY CLEAR she wants NOTHING to do with you. Was it saying “NO!” loud enough to collapse a local Wal-Mart that gave away her disdain? No? How about a punch to the face that actually made you feel discomfort for the first time in 15 years? When a woman hits you hard enough to level 75 city blocks due to resulting shockwaves, it’s time to move on.

For reasons no scientist can successfully discern, you’re still affected by alcohol. In fact, what they did determine was an increased sensitivity to alcohol — you get very drunk very quickly. So, you have half a wine cooler and you’re bashing the Hulk with Thor’s unconscious body, hitting on She-Hulk, calling Captain America a sanctimonious ####-face, and, well, other terrible things that led to our little talk here. OH! And let’s not forget about the time you…

5.…crashed a Quinjet into a backyard Birthday party.

You were drunk (of course), and you took the Quinjet out for a spin. You could certainly fly by your own power, but as a former test-pilot, you enjoy getting behind the stick of an aircraft and flying dizzying speeds at dangerously low altitudes. You…may have fallen asleep at the controls for a few minutes. When you awoke, you noticed a cake-covered Captain America and a great deal of the United States military surrounding you and the Quinjet’s shredded innards. You offered to pay for everything in installments of $75 a month, but Cap was fuming, and the clown wouldn’t reschedule.

6. Because you had an Infinity Stone for like, 35 seconds, and turned Thor into a frog. Apparently, that happened before…

You held infinite power in your hands limited only by imagination. You could have cured any and all diseases, eliminated poverty, or concocted universal peace. What did you do? What did you do before the stone simply vanished? You looked at Thor and said, “ribbit.” Thanks, d*ck.

Man, that could have resulted in Galactus showing up and drop-kicking Earth into the Andromeda Galaxy. Yes, Heralds are @$$holes; they’re the cosmic sh*t and they know it. But man, you have to bend a little. You slap Stardust into Saturn’s Rings and papa will eventually come calling. And yes, we got rid of Galactus before, and yes, you might be able to dissuade him yourself, but there’s always a cost and always a significant body count.

8. Because you threw Wolverine into the sun.

You were both acting tough and posturing like a couple of hot-headed 20-year-olds butting horns at a biker bar. Wolverine popped a claw, made a threat, and then…. SONIC BOOM! After the dust cleared and visibility returned, you landed and threw a metal arm at Cap’s furrowed brow. What was it you said? Oh, yeah — that’s right. You said, “The runt’s a ####-face. From this day forward, all ####-faces will reside in the sun.”

So….yeah, after handing over your Avengers Identification Card, the Nova Corps will escort you to a prison site orbiting Jupiter. Will it hold you? Well, it’s capable of holding a galaxy-spawning Celestial, so….yes. Toodles, jack-@$$.